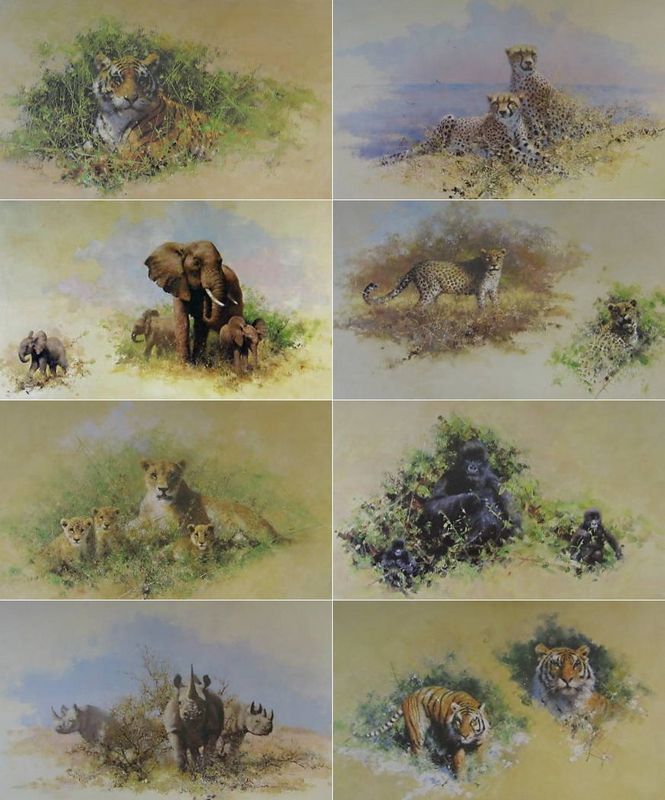 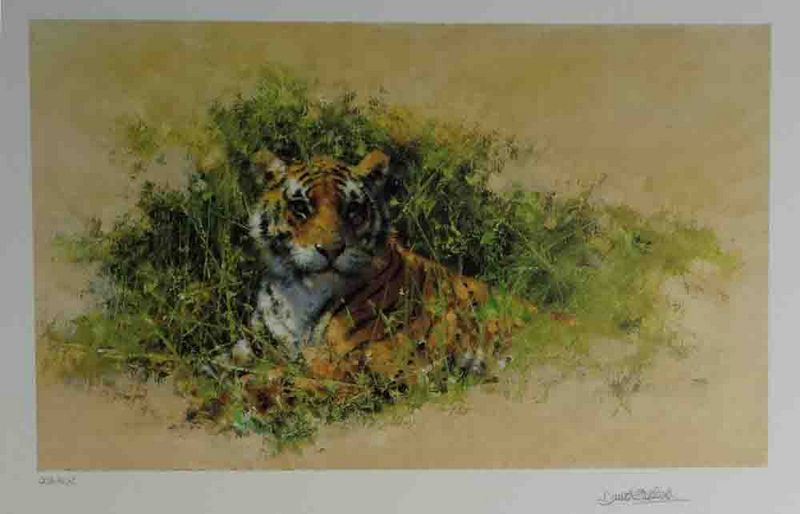 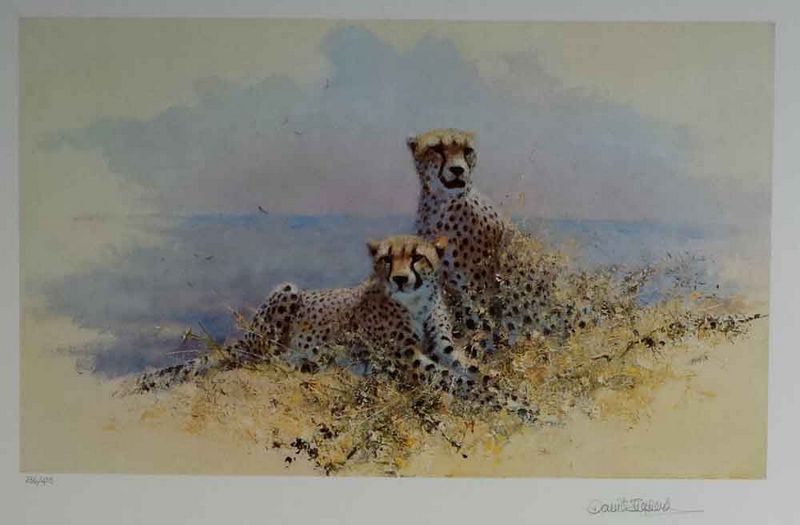 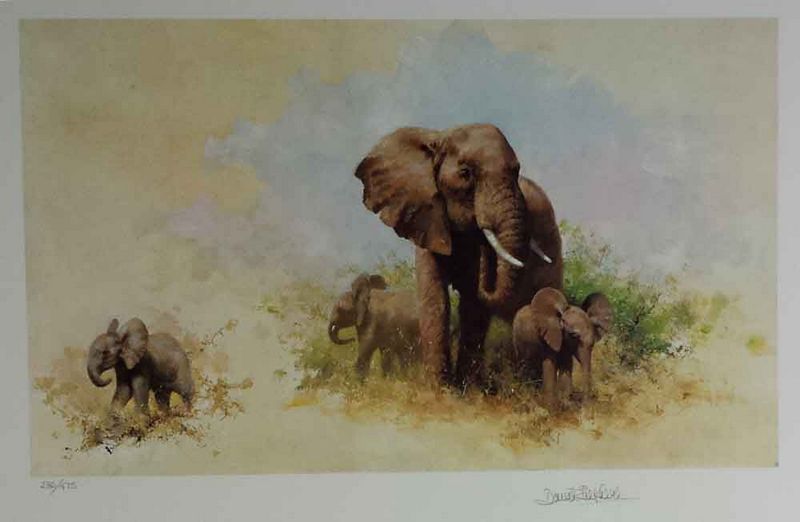 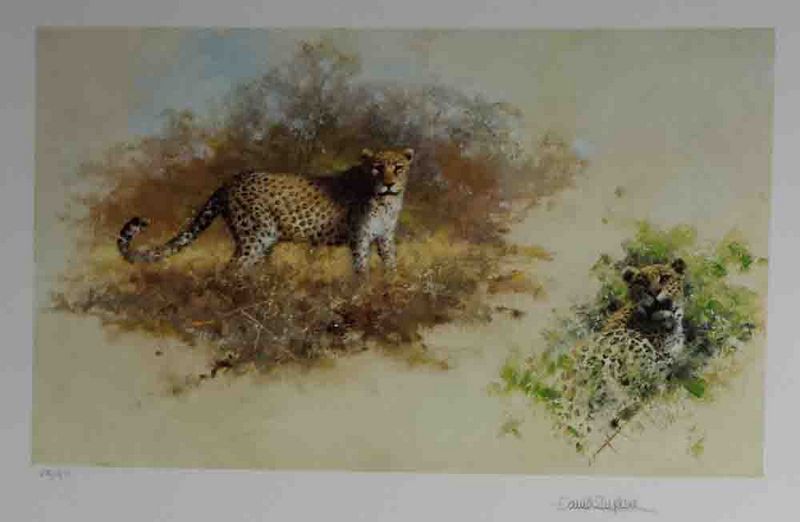 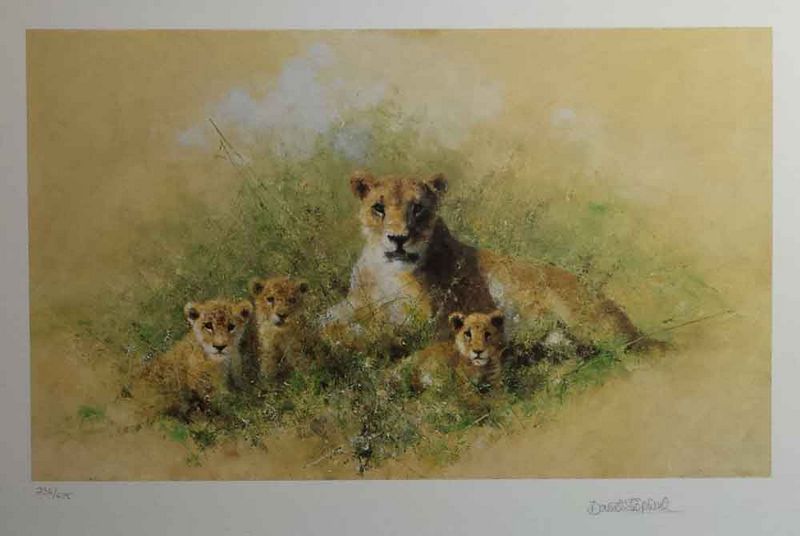 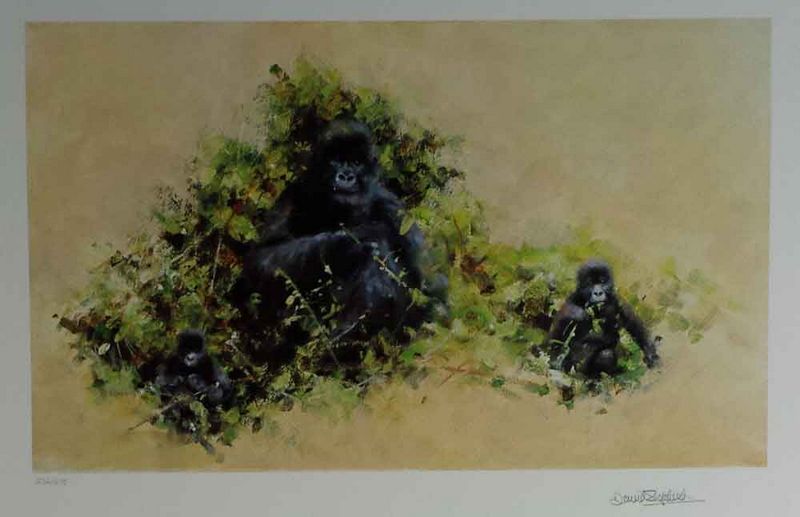 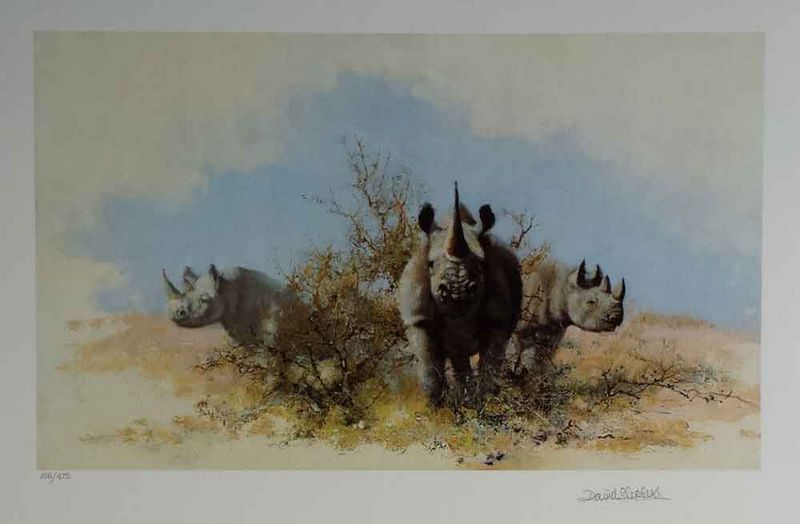 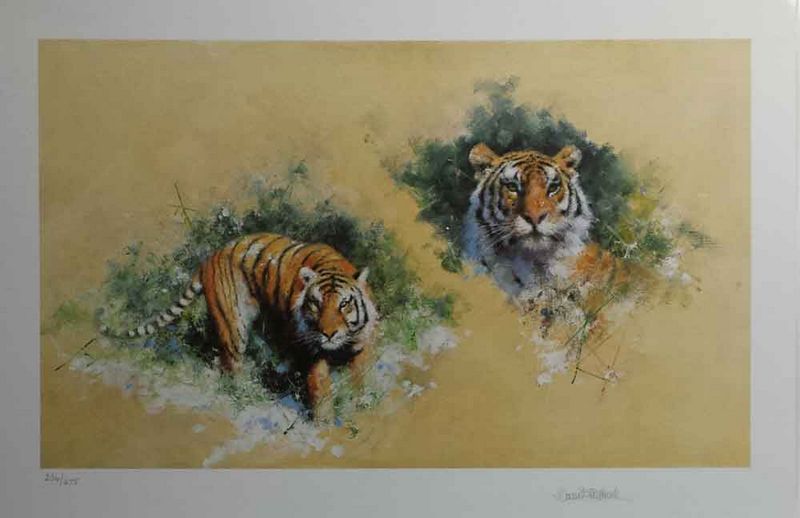 In the 1990s David Shepherd released several series of prints, that could be collected alone or in pairs, and could be added to over time.

To entice buyers the publisher would, on some, give away with the first release a presentation box that would house all your limited editions (unframed), once you have completed collecting.

Somes series that come to mind are 'Portfolio Set I - Cheetahs & Elephants
Portfolio
' & 'Set II - Pandas & Tigers' (which made up four prints in one presentation box)
but we also had: 'The Wildlife Of The World - Portfolio.'

This is a rare portfolio of eight images & is highly sort after. Each image came in its own sleeve & the first two of the edition was released in 1997, then two more came every six months until a complete set was made, sometime in 1999.

In Winter 2020 we have now decided to split our very rare sets we have owned since new, to enable people to pick off their favourites from the set of eight releases.

Some of the original release information read:

'This Portfolio will offer British collectors a unique chance to add eight exquisite, limited edition prints to their collections. The prints are beautifully reproduced on textured paper, signed by the artist, hand numbered and presented in their own portfolio. Both the box and its slip case are produced to the highest standard.'

Wildlife Of The World - Portfolio

Wildlife Of The World Portfolio (Set of 8)