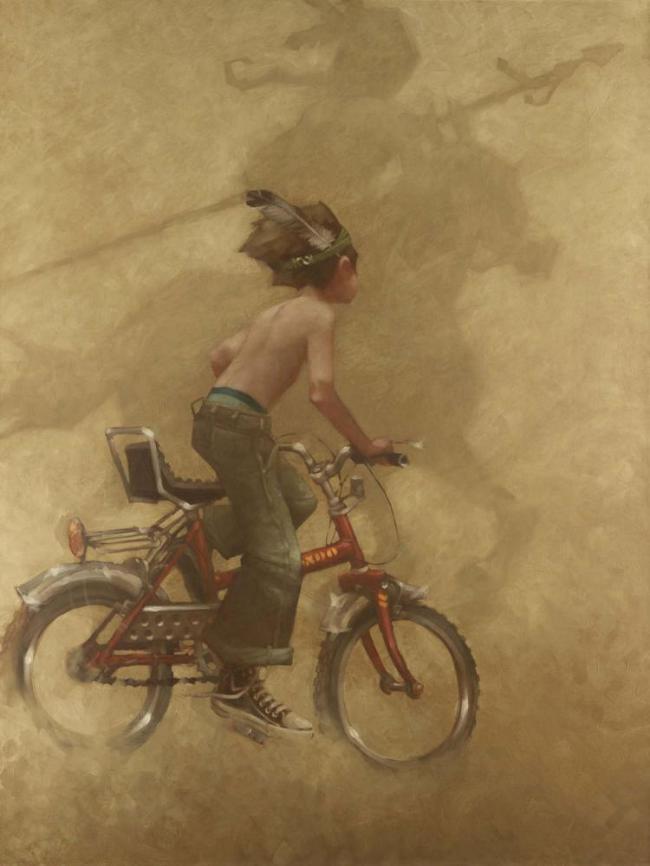 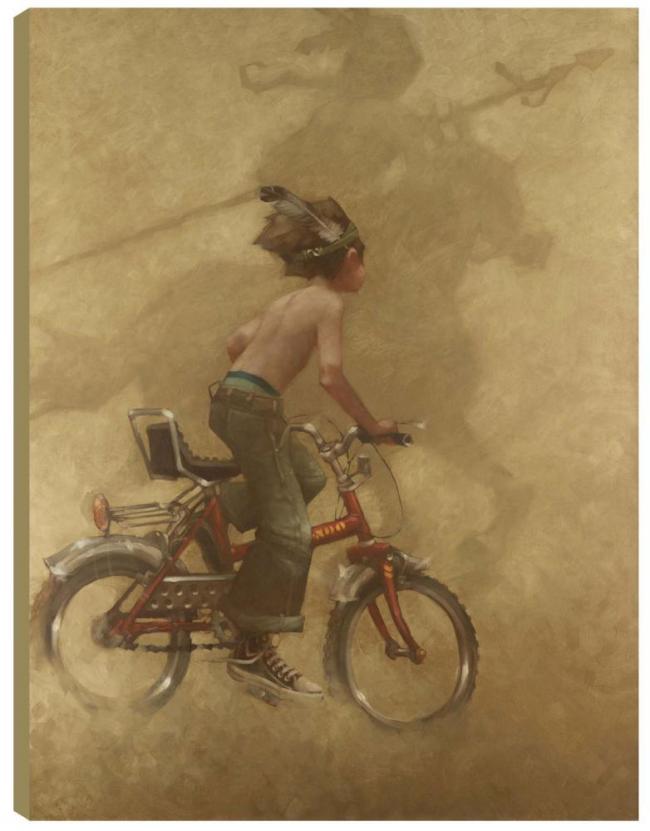 'Whooooooooow!' is another Craig Davison painting capturing childhoods we either experienced or intimately know about. Notice here this 1970s/80s child and we can tell this because the boy is on a Rayleigh Chopper bicycle or something very similar, a classic bike of the era.

Mum probably made him a head dress with a feather in it, so he looks like a red Indian! He has probably been watching old westerns on the box. Then we have the converse trainers, something that has come in and out of fashion more times than I can remember!

A Nostalgic limited edition print, this one being on board with a slip (border) and you will need to get this framed before it goes on the wall.

A boy on a bicycle, placed on Craig Davison's trademark beige background and if you notice, the shadow figure is a medieval Knight in a joust.

The boy obviously imagined himself as some heroic figure, as he races home down the street in time for tea.

Here's something interesting, the artist has cleverly merged the idea of dust, created by the bike's speed, into the beige of the background colour which gives the limited edition a feeling of movement and that the dust colour has been brought into the painting.

A superb addition to the range I feel and another step back into childhood.