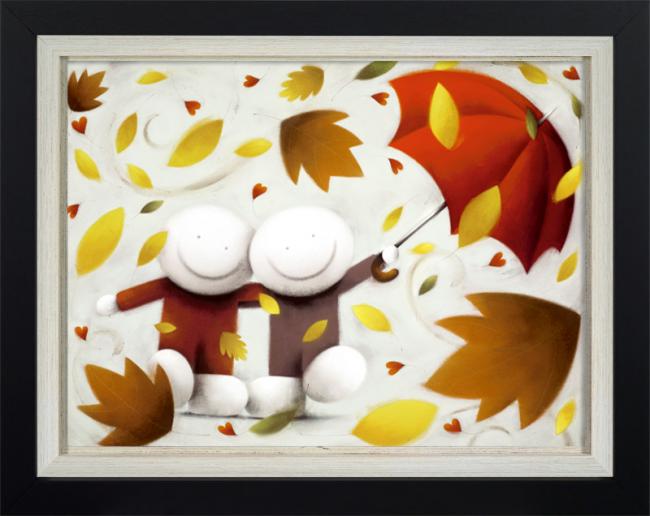 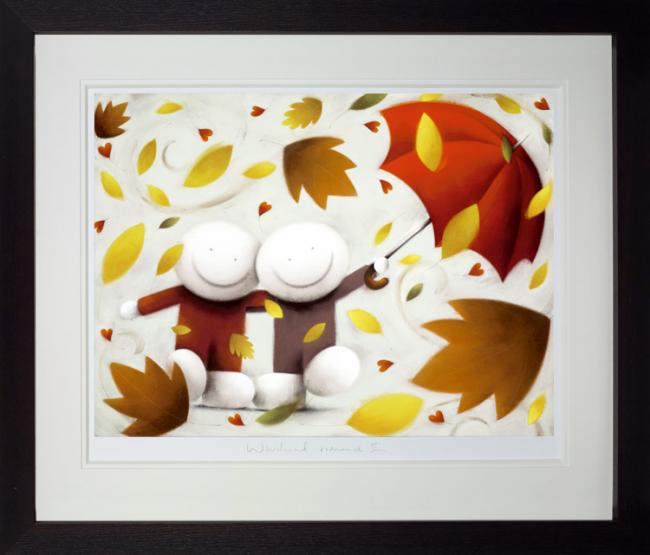 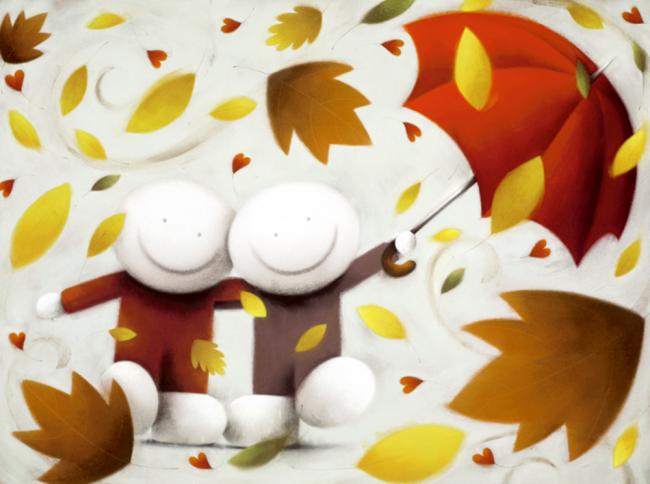 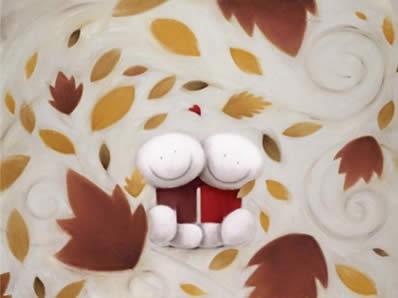 Doug pays tribute here to one of his early and most popular images amongst his collectors: 'Whirlwind Romance' and there was something about the limited edition that grabbed the public.

One of 10 deluxe editions in the Doug Hyde - Love Counts 10th Anniversary Collection.

Perhaps it was the autumnal tones of the leaves rolling in the picture? or the pure joy on the faces of his two characters?

But whatever it was it has been recaptured again in this new release.

This is the deluxe canvas version of 'Whirlwind Romance II' & as is from a smaller edition of just 150 limited editions. The canvas piece is larger and ensures even more vivid and truer (to the original) colours.

Doug Hyde's very first collection was 'The Hyde Experience' I believe in 2004 & from that set 'Whirlwind Romance' was one of the fastest selling.

Here Doug has decided to reimagine the limited edition in a new way.

The two characters this time are closer to the foreground and the colours seem much richer here - notice Doug's use of a browny/red paint for the umbrella?

As the two characters seem to be enjoying the leaves dancing in the wind & what is special for me is the little leaves are shaped into hearts!

Taking words literally has created an atmosphere of leaves being swept across the image in a circular motion, whilst the two lovable characters stand central with their arms wrapped around each other.

The neutral colour of the piece means that this is suited to any background and easy to display within your home.

Happyness is Hyde (Set of 4)