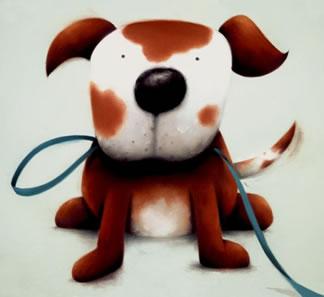 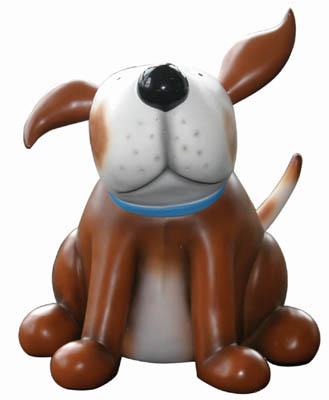 With a lead gripped tightly in his mouth this lovable little dog is desperate for his daily walks so he can have the freedom to let loose and run around for those precious moments.

The way he stands face on confronting the viewer it's almost as though he pleads with us to be the one to take him and, with a face like that, who can say no?

With only a few left in stock this is the perfect opportunity to take advantage of this fantastic offer.

Doug Hyde's lovable sculpture depiction of one of his canine characters, this image also appears in the giclee print of the same name!

I adore this piece because the dog is so playful and also it reminds you of one of those biscuit tins - you take the head off and can grab chocolate biscuits from inside!

This was from the era when the edition numbers where as much as 595 per sculpture and it’s a tribute to the artist’s popularity that such a large edition is completely sold out from the publisher.

Love From A Distance - White Framed

The Message Of Love - Black Framed