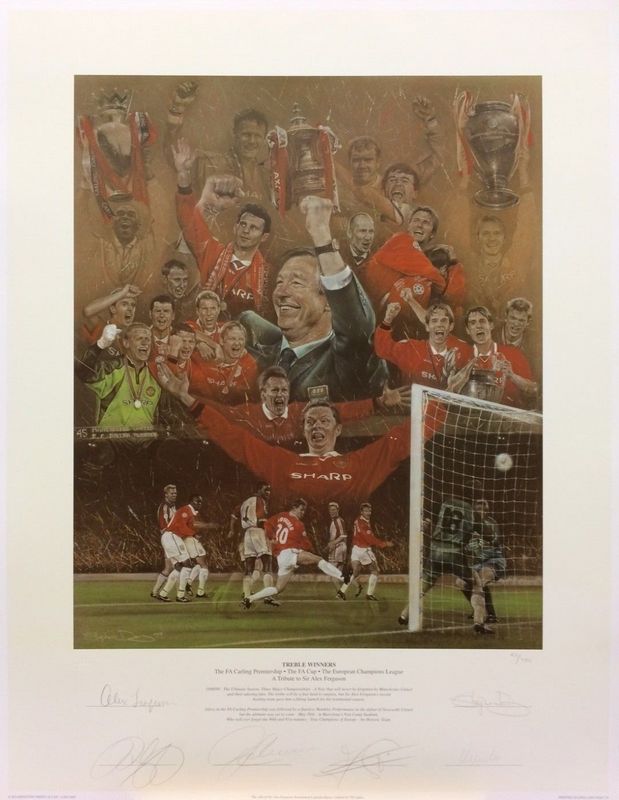 A rather special limited edition by sporting artist Stephen Doig, as not only has the artist signed it but it has also been signed by:

Queen - Freddy Mercury - The Show Must Go On

Sweet Chariot - England vs All Blacks 1993

Fight To The Finish - England vs Australia 1995

Roar Of The Lions - British Lions vs South Africa

A Call To Arms - Triple Crown - England win vs Wales