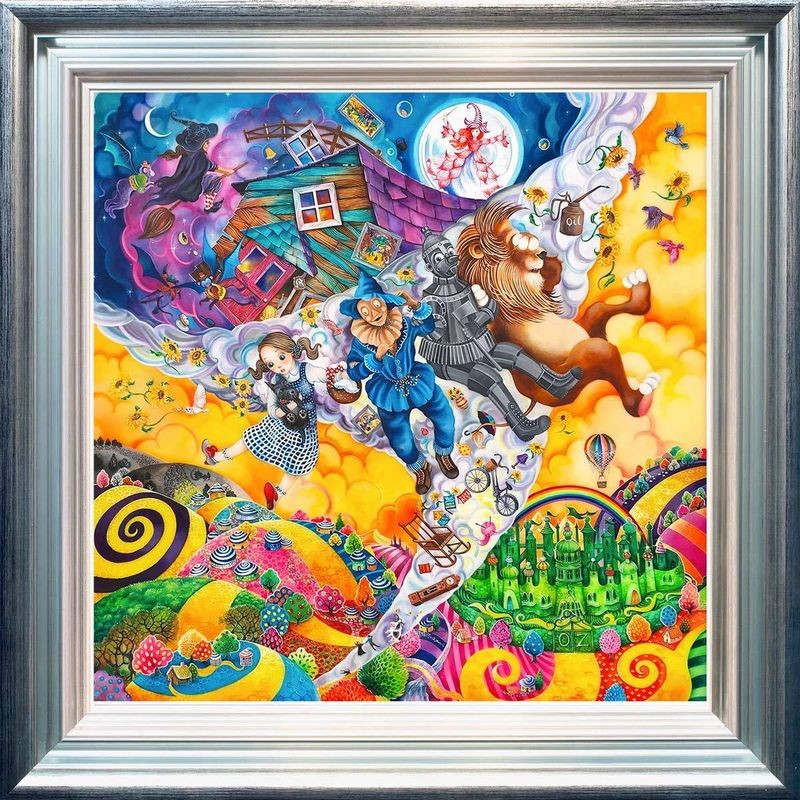 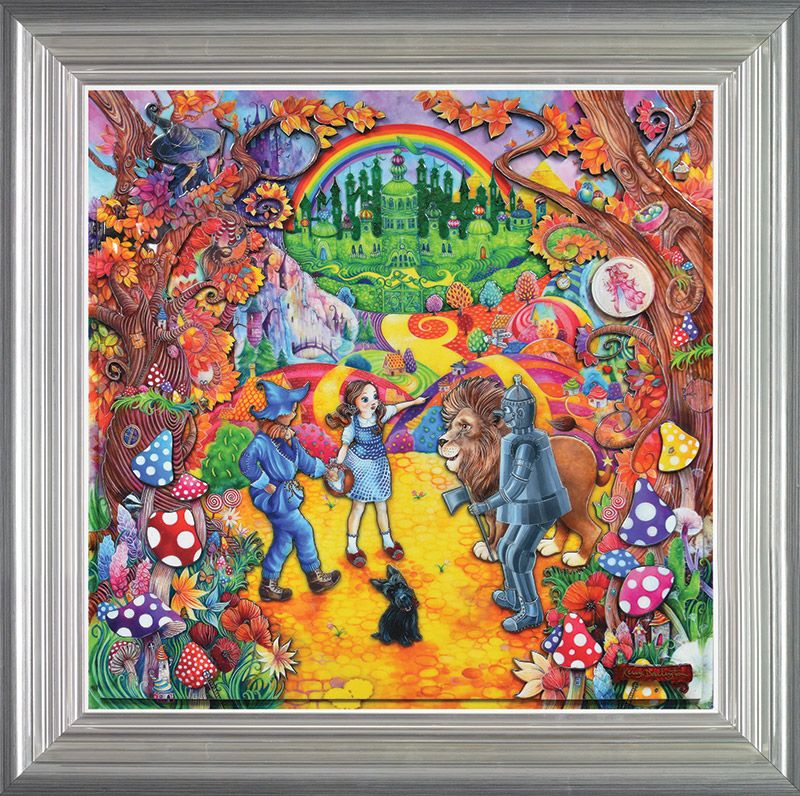 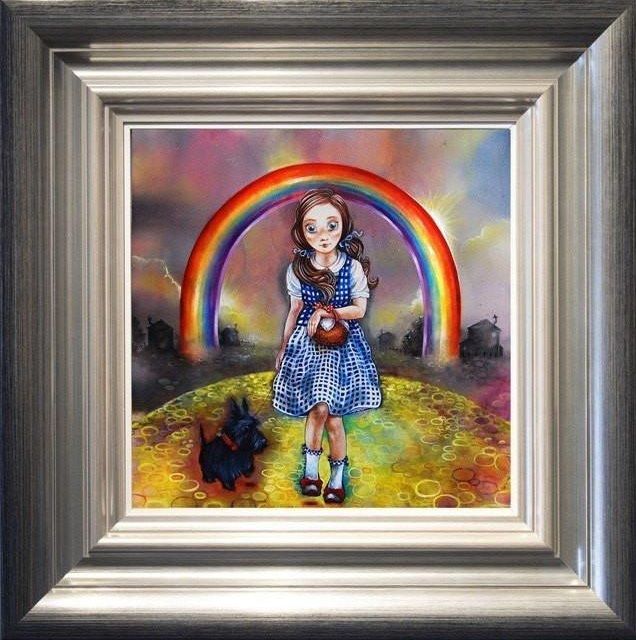 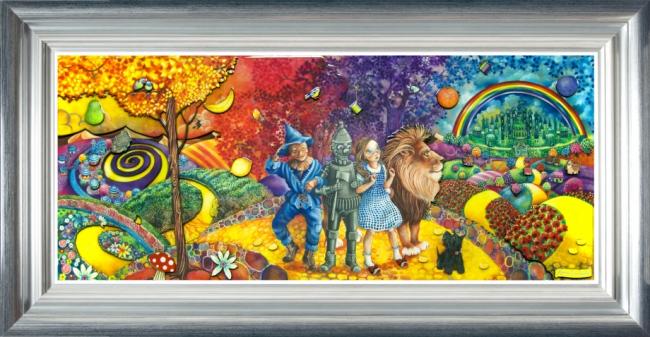 8th April and the final image is now live and isn't it a Dream lol, take a look at the latest instalment in Kerry's Wizard Of Oz series of unique editions called 'Dorothy's Dream.'

Update 3rd April: we hear the name of this new unique edition will be: 'No Place Like Home,' ohhhhh we like that!

The long awaited New Release in the Kerry Darlington Wizard Of Oz Collection, and a yet unconfirmed title! Snippets so far reveal that the image will include: Dorothy, Todo, The Scarecrow, Lion and Tinman and a certain Yellow Brick Road!

The Wizard Of Oz film, starring Judy Garland and released way back in 1939, has remained a family favourite and a classic inspiration for artists.

Kerry continues to move towards highly collectible lower edition size 'Unique' editions as she deems them and this upcoming release will be no different, with just 95 copies available.

At the moment we are showing snippets of the image, until the final reveal on launch day - I am really getting excited for this one!

Your chance to purchase the New Release by Kerry simply titled: 'The Wizard Of Oz' - also known as: 'The Wonderful Wizard of Oz' - unique edition, Kerry's selfcoined terminology for her wonderful limited edition art.

This is now her second limited edition featuring Oz and a follow on from 'The Journey To Emerald City,' a best-selling panoramic size artwork.

Another contemporary artist, Sarah Graham, had a popular limited edition box canvas 'Were Off To See The Wizard' inspired by the same film and by Kerry's previous prints.

The textures have been created using several layers of built up paint and they look spectacular against the animated version of dear Dorothy. This is the sister release to: 'Study Of Alice At The Mad Hatters Tea-party,' which was both the same size, price and released together.

This depiction looks as though she has stepped straight out of the story book and thrust in the face of the viewer, who with each glance discovers something new and aesthetically pleasing across the pictorial space.

I really love the contrast of the image and how each division of the canvas tells a new story with not only the subjects but also the processes of Darlington's creative process.

This is a truly stunning addition and is ideal for Darlington lovers, particularly for its colourful and energetic movement within the image.

Kerry Darlington has just released what maybe her best and most ever 'Unique Edition' limited edition artwork, set around the perennial favourite film from the golden age of Hollywood: 'The Wizard of Oz,' starring Judy Garland.

This limited piece is called 'The Journey to Emerald City!' and appears to be a myriad of Kerry's imagination and signature quirkiness & hand embellished with all sorts of wonderful designs.

We can see the heroes of the film, Dorothy, Toto, the Tin Man, the Scarecrow and the Cowardly Lion, journey along the Yellow Brick Road to seek the Wizard in the fabled Emerald City. Will he help Dorothy get back home?

The print proved to be one the most iconic and sort after from published limited edition range.

This was followed up in 2017 by the fantastic unique edition: 'The Wizard Of Oz' - another best seller.

The Wizard Of Oz - Series