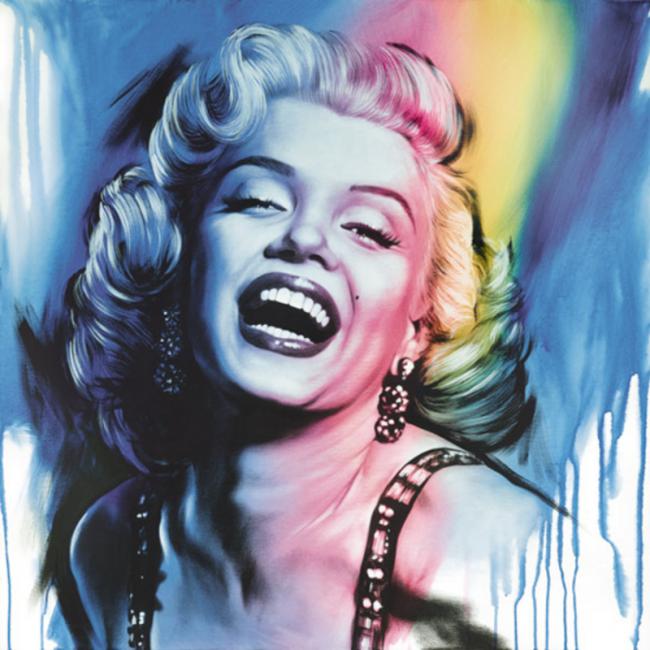 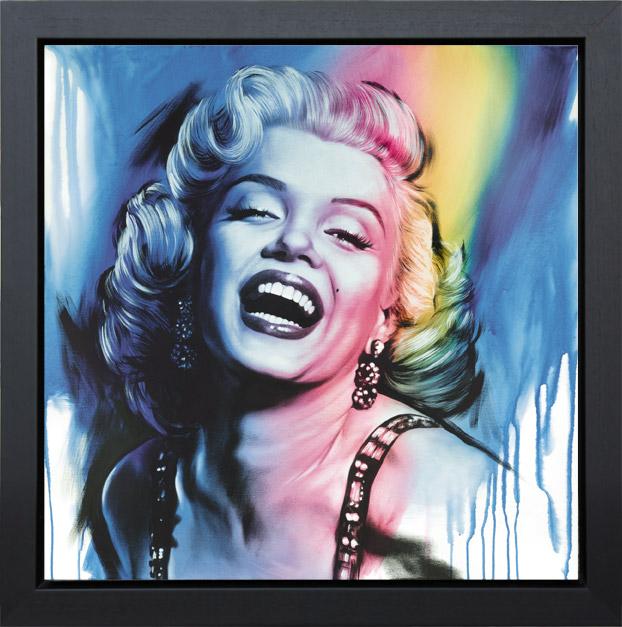 New for October 2015, Jen Allen has given us two new figurative artworks of Hollywood Icons. 'The Showgirl' features Marilyn Monroe perfectly captured in multi-coloured tones, like an old camera photo where the light has come out with a rainbow effect!

Jen Allen has been known in the art world (for some time) for her original paintings of famous icons and for the first time she has released Marilyn Monroe as a collectable, limited edition, box canvas.

I must buy for any Marilyn fans or followers of this emerging modern artist.

The IT Girl - Framed