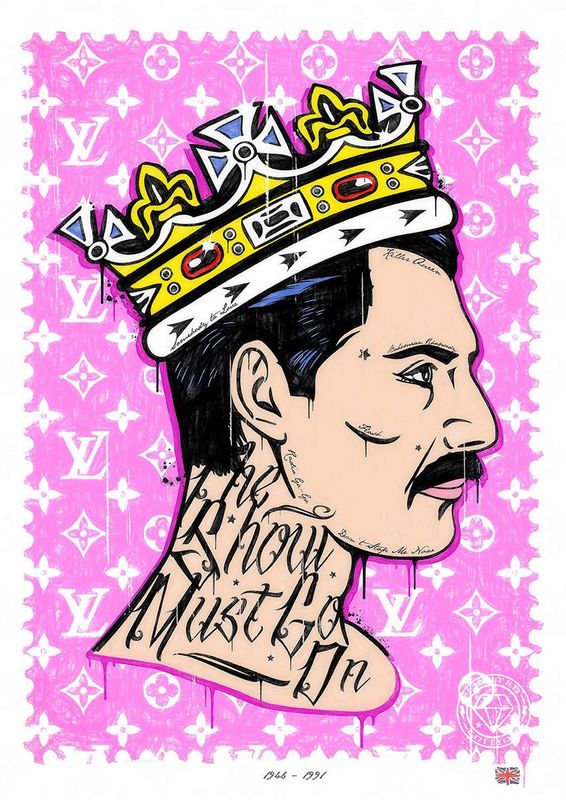 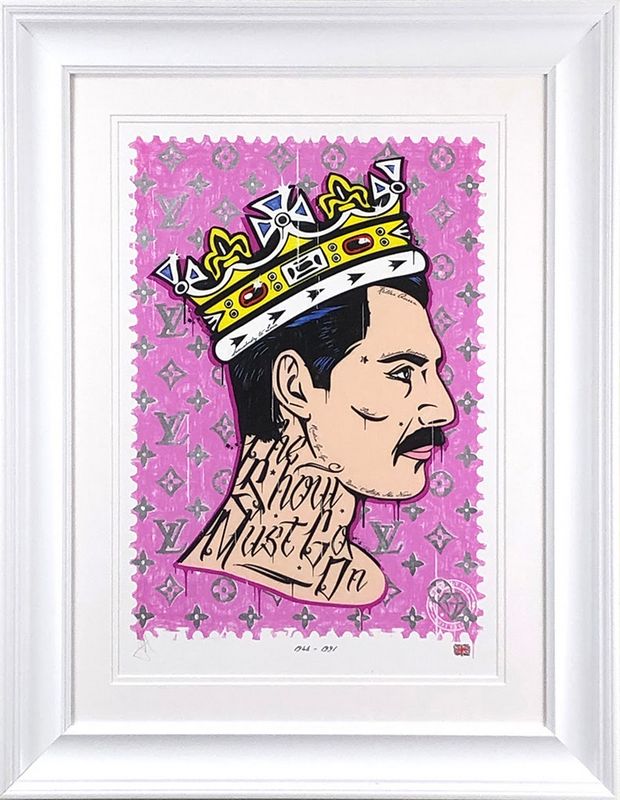 For those of us that are Queen fans (and there are many), it would not be an unusual site to see Freddy Mercury in a crown, as this was par for the course at a Queen concert.

Having such a regal name, it was normal at the end of a concert that the English national anthem, ‘God Save The Queen’ would play and Freddy would emerge on stage majestically dressed in a robe, with a sceptre and a crown - in tribute and thanks to the audience.

In this set of stamp themed releases, JJ Adams has given Freddy a plethora of tattoos and the poignant one is on his neck: 'The Show Must Go On' (and also the title of this limited edition print) and we know that Roger Taylor and Brian May have dedicated their life to ensure Queens musical legacy continues, as well as raising millions for Aids research.

A brilliant artwork in its own right, the pinkish-purple background screams for your attention and asks you to focus on the effervescent face that is Freddy Mercury!

The Show Must Go On