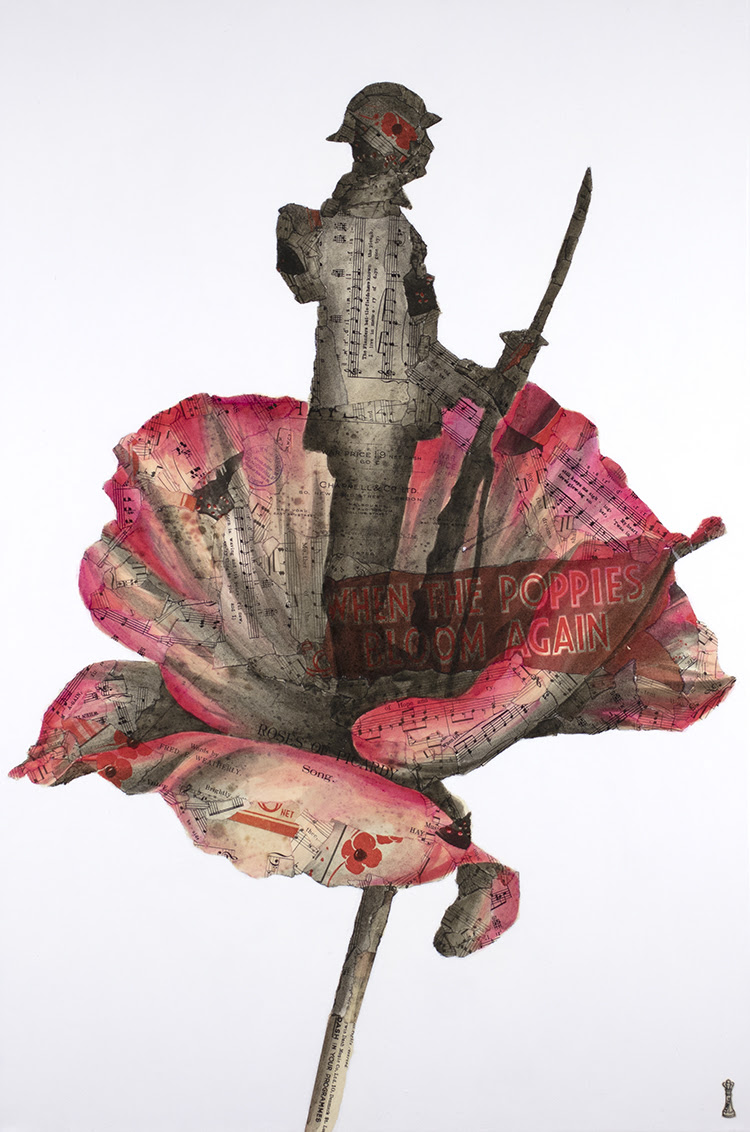 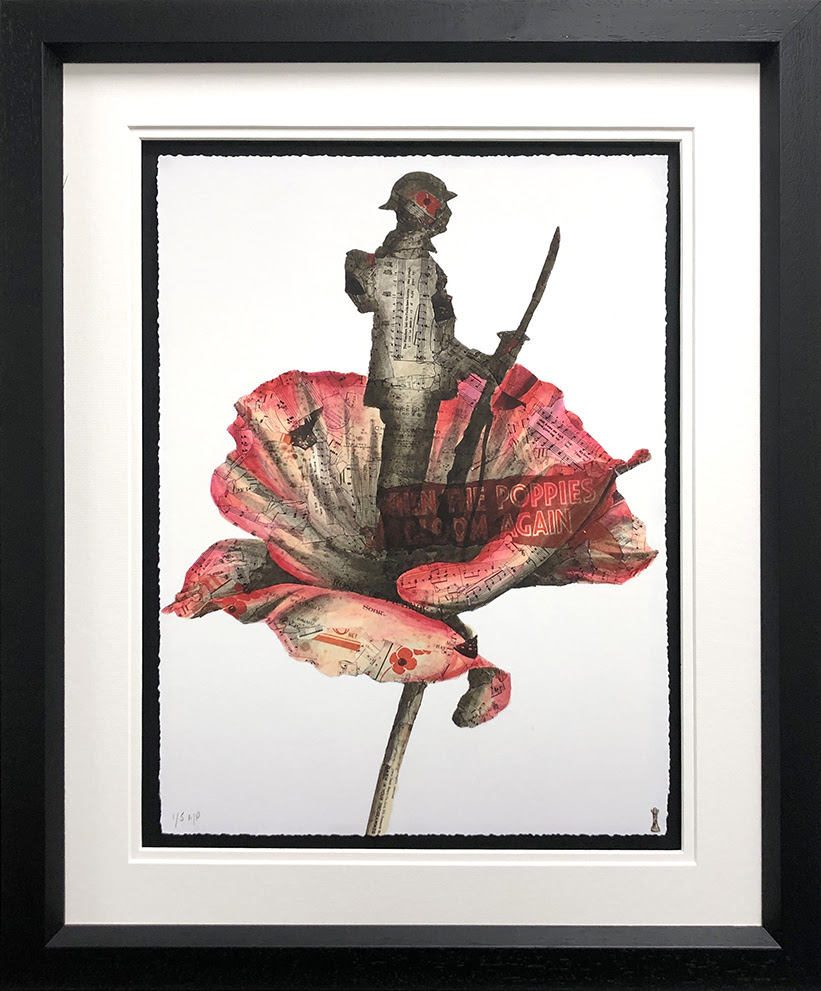 Remembrance Day 2019 is upon in just a few day's time and in salute to this, the female artist known as 'Chess' has released this beautiful limited edition, simply called 'The Last Post' and part of her latest releases.

A lone soldier stands to attention standing inside a giant poppy, the flower synonymous with remembrance of the veterans that defend our great United Kingdom & her allies.

The original to this limited edition was created, as per her usual style, using various mixed media techniques and this time with the addition of using actual historic Newspaper articles and sheet music to do with Poppy Day - better known as Remembrance Sunday & Monday in the UK.

This is also a charity edition and when purchased by galleries via Wishbone Art Publishers, a percentage of sales will be going to Veterans Charities, in a lovely gesture by Chess and the team at Wishbone.

For your interest the early 20th century original sheet music used in the creation of this original includes works by: Benson & Elgar, Weatherley & Wood and finally Towers, Morrow & Pelosi. The songs are:

If you study the original closely, you can see snippets of all these song sheets and of course, on both this painting and the limited editions, you can see the words in bold: 'When the Poppies Bloom Again' at the soldier's feet.

Back To Black - Original Black Framed

Chess
Call us for stock status

Chess
Call us for stock status