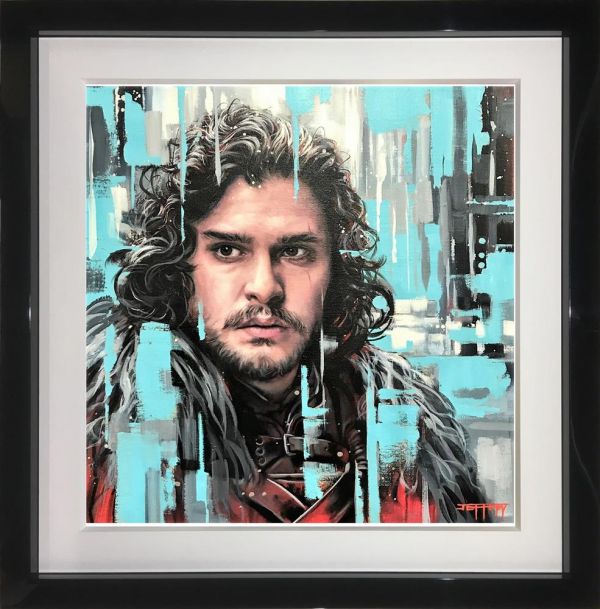 The King In The North: 'He is the song of ice and fire'

Ben Jeffery shows his love for Game of Thrones as he depicts the right blend of oils to show the coldness of where Jon snow grew up in Winterfell.

Before or after battle, Jon holds the balance; he is defiantly a fan favorite and the most beloved character on the show.

No wonder Jefferey was keen to pain Jon Snow and show his appreciation for him.

The King In The North - Origina - Black Framed

PriceMatched!
We're still able to process and ship orders via our website during the corona virus restrictions. And answering calls 7 days a week.

I'll Be There For You - Original - Black Framed