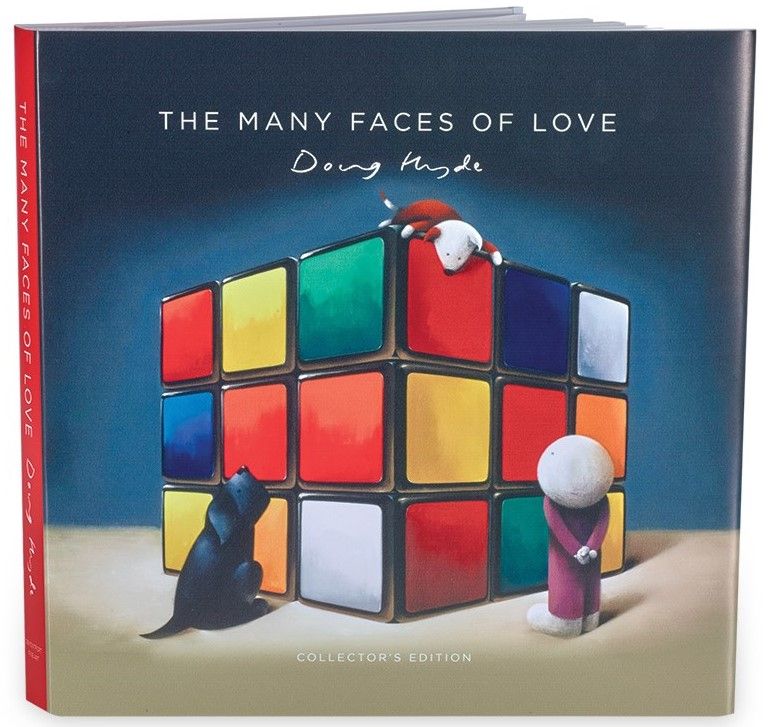 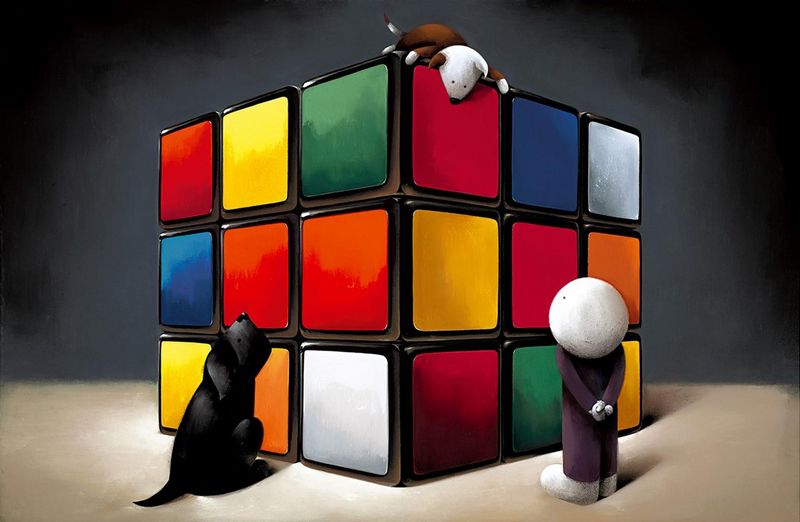 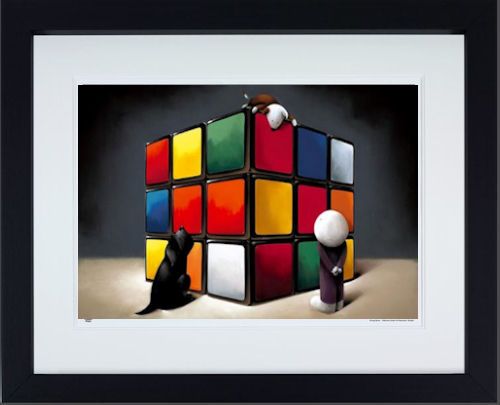 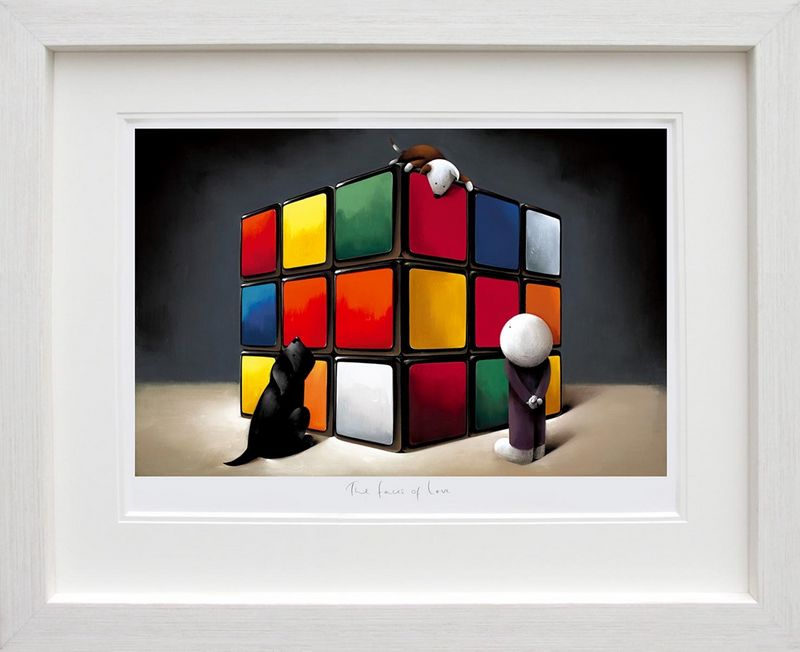 A fantastic book to own for Doug Hyde's many fans in the UK and all over the world, his books always sell incredibly well and are such lavish affairs that the RRP I am sure barely covers the production costs!

His publisher released new books every few years, as a service to his collectors and to give them yet another keep sake for the artist whose images are so close to everyone's hearts and minds.

This book was previously only available if you purchased the 'The Box Of Love - Box Set' (also on our site) but interest has been so high that Doug's publisher has now released it on its own!

After a long wait, I think since 'Love Counts - hardback book' in 2014, you now finally have an oversized hardback book by Doug Hyde available to purchase and this will make an ideal gift for yourself or for a loved one for Christmas.

On the front Doug's characters try and figure out how to solve a giant Rubik's Cube and maybe this represents our eternal quest for love, What do you think?

This is a time limited edition book - while not a 'limited edition' book it does mean the publisher will have produced a certain amount and then will stop, so this will sell out.

Either these guys have watched the film ‘Honey I Shrunk The Kids’ and have performed some weird science experiment or we have Doug Hyde’s characters quizzical over a giant Rubik’s Cube and how to solve it! in this latest release: ‘The Many Faces Of Love.’

I imagine Doug has our heroes visiting some art installation in London and they are pondering if they are strong enough to turn the sides or for that matter, solve the puzzle. Clearly the brown and white dog has run away with himself and climbed on top of the cube for a closer look, we just hope security hasn’t seen him!

Monty the black Labrador looks on in amazement at the sheer size and brilliance of the giant toy, while the little man wonders to himself: ‘How on earth can I get all the sides to have matching colours?’

A simple image and a clever way for Doug to imbue multiple paint colours onto a limited print; the result is a cacophony of brilliant bright colours and a reminder of one of your favourite (or frustrating!) childhood toys, the humble Rubik’s Cube.

Incidentally, this picture appears on the front of the collector’s book Doug has also just released similarly called: ‘The Many Faces Of Love,’ which is also inside the ‘The Box Of Love - Box Set’ and comes highly recommended by us.

In what is a very Alice In Wonderland moment where she drinks from the magical bottle marked 'Drink Me' and she becomes small, so to have our heroes seemingly done the same!

The result is an oversized world all around them and the first thing they encounter is a now giant Rubik's Cube. Trust these three to eat the cake surrounded by their toys, as they begin hours of fun and adventure exploring their house.

The human character in purple clothes, 'Monty' the black labrador dog and the brown & white dog (often travelling with our human friend to the moon!) stare and ponder at a giant Rubik's Cube puzzle.

The coloured squares Doug has painted to represent the many 'Faces Of Love' that you are able to safely reveal, when you are in love with a partner and are truly able to become yourself around another.

But, this also Doug reflecting on man's relationship with his beloved canine and feline pets. It is in these lovingly protective and empathic relationships with animals where, perhaps for the first time, we can experience unconditional love. If we are lucky, we get to experience this with human beings too.

Master Of Disguise (Set Of 4) - Sculptures