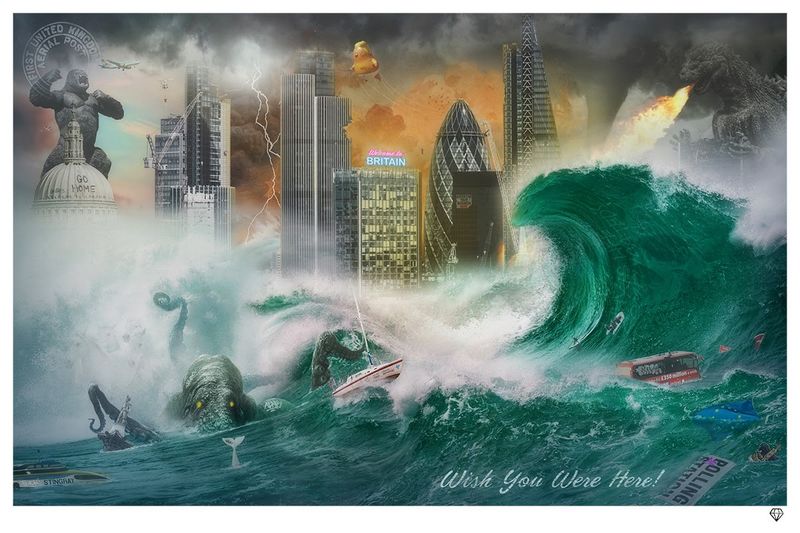 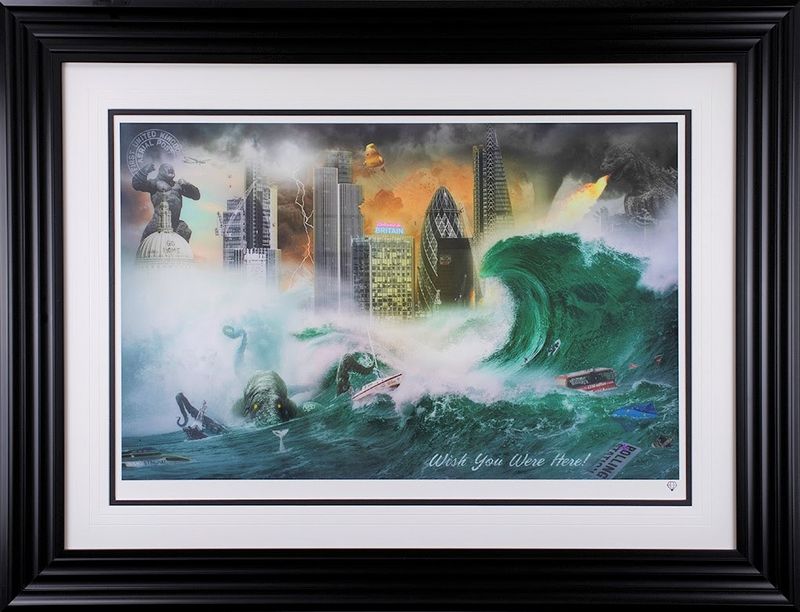 A wonderful action packed look at an apoplectic London, embellished with images of King Kong, Godzilla, a giant sea monster and not forgetting in the distance the giant 'Donald Trump as a baby' balloon! - often seen in central London protests.

JJ has painted it almost like a postcard, with the tag line at the bottom 'Wish You Were Here!,' perhaps a pun of the tumultuous political climate in the UK at the moment, with the Brexit deal still in process and a snap general election called for December 2019.

It does make you wonder, was JJ Adams holding back the release date, as he knew an election was imminently to be called by Boris Johnson? JJ could be more connected than we think lol.

JJ's last 2019 entry in his ‘Rule Britannia’ series of artwork.

The Divided States Of Britain

You Know I'm No Good - Framed

Get Up - Stand Up - Bob Marley