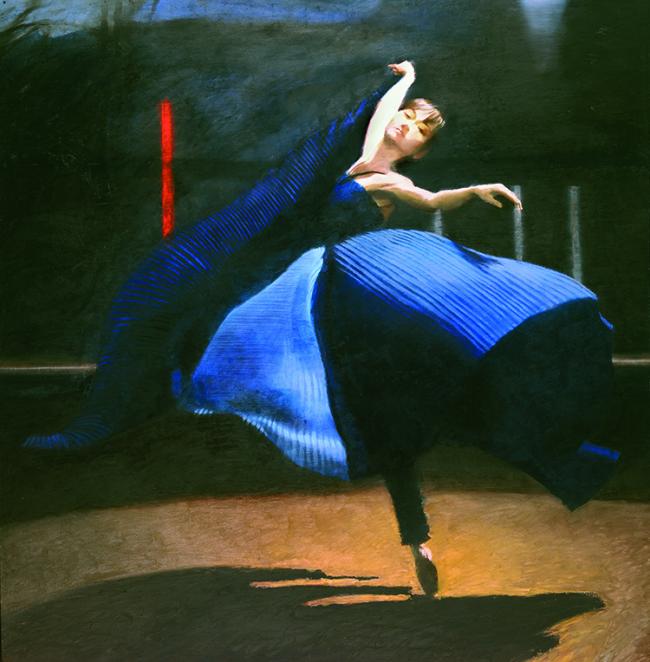 There were just 75 (unsigned) copies releases worldwide of this special posthumous limited edition, released after Robert Heindel's passing in July 2005.

Each limited edition is numbered, embossed with Robert Heindel’s rose motif as well as the new validation stamp.

So far there have been just 5 titles in the 'Retrospective edition' series.

Dance and movement have always been something Heindel has a special talent in capturing, this limited edition is yet another perfect example. The posthumous is in tribute to him.

by Robert Heindel We're still able to process and ship orders via our website during the corona virus restrictions. And answering calls 7 days a week.

Study For Forgetful Of Virtue