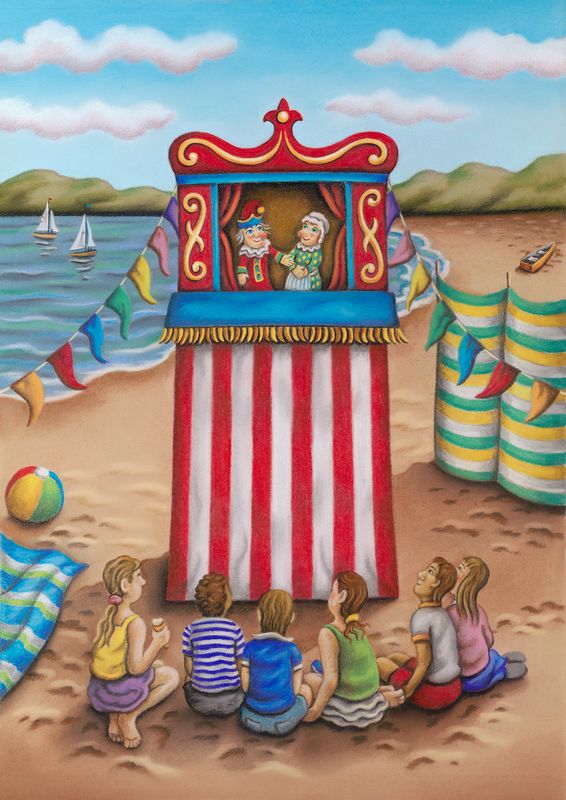 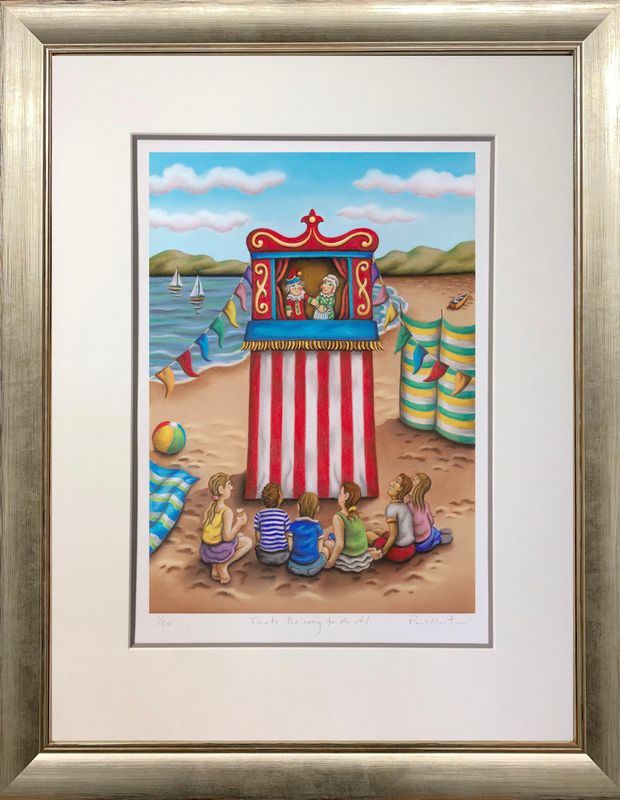 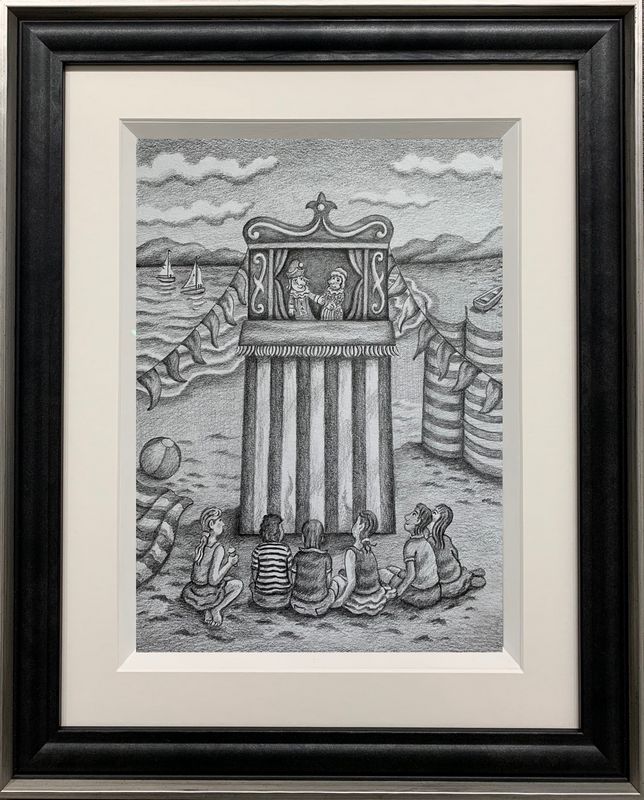 There are not many things that instantly define 'traditional' Britain than the children's favourite 'Punch And Judy' puppet show, which would often be seen at the seaside and at children's parties up and down the British Isles.

Perhaps more of a rarity these days, Paul reminds us  this was an enjoyable, zany and fun memory for many of our childhoods: watching the Mr Punch puppet and his slapstick behaviour and clowning around - not forgetting other favourites such as Judy (Mrs Punch) and the crocodile!

I love the eye pleasing red and white stripes of the booth, itself almost like a 'stick of rock' sweet (another seaside favourite), leading up to the red booth, curtains and gold regal embellishing. The multi coloured bunting, the beach towel and the windbreaker really set the peace off as a brightly painted, uplifting limited edition. - full of both joy and rainbow colours!

Did you notice favourite elements of Paul's work are also here? including the two sail boats on the boating lake to the left, the fluffy clouds and the rowing boar, sitting quietly on the right above the windbreaker.

A look at a traditional British Punch and Judy show.

This the marvellous pencil sketch drawing that Paul would base his full colour painting (also called 'Thats The Way To Do It') on. The Artist will often create sketches first, forming all the elements and putting on paper with pencil, what he then intends to paint!

Paul was so pleased with how this Punch & Judy themed drawing turned out, he decided to turn his attention to a full colour original; finally, that painting was then used to produce the limited edition print which has proved immensely popular with the public this summer.

There is something so quintessentially British about Punch & Judy and the British love of the Seaside holiday, with deck chairs, ice-cream and a hanky over Grandad's head essential!

Thats The Way To Do It

Bridge To My Heart

At The Heart Of It All

Heart Of The City - Canvas

The Longest Of Days - Bronze

When We Were Kings