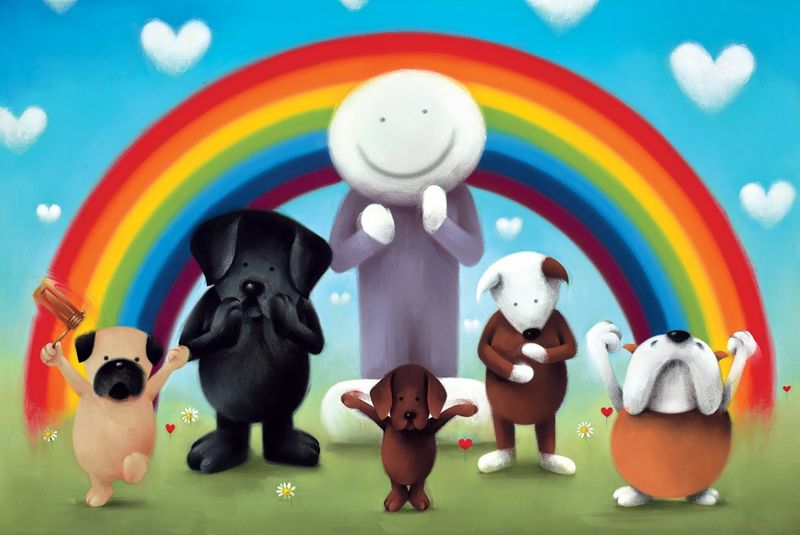 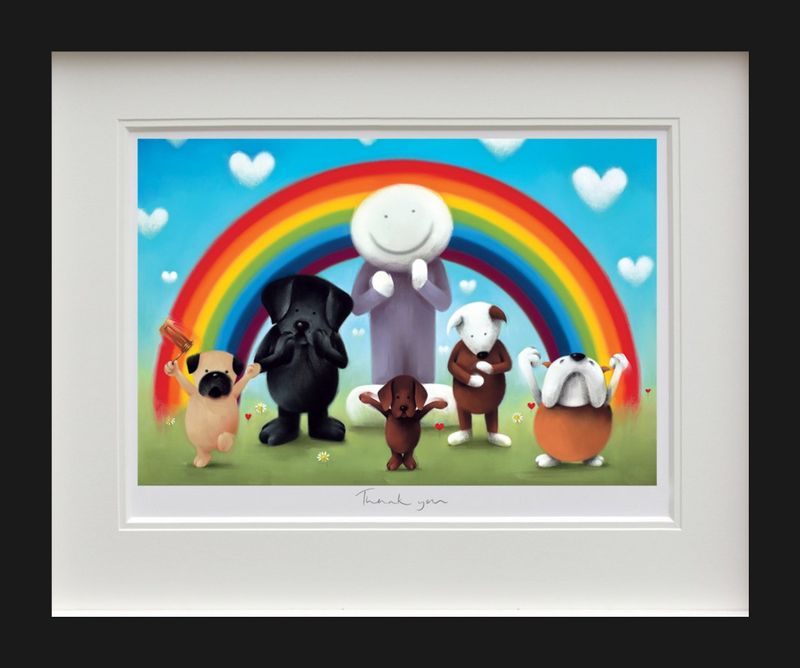 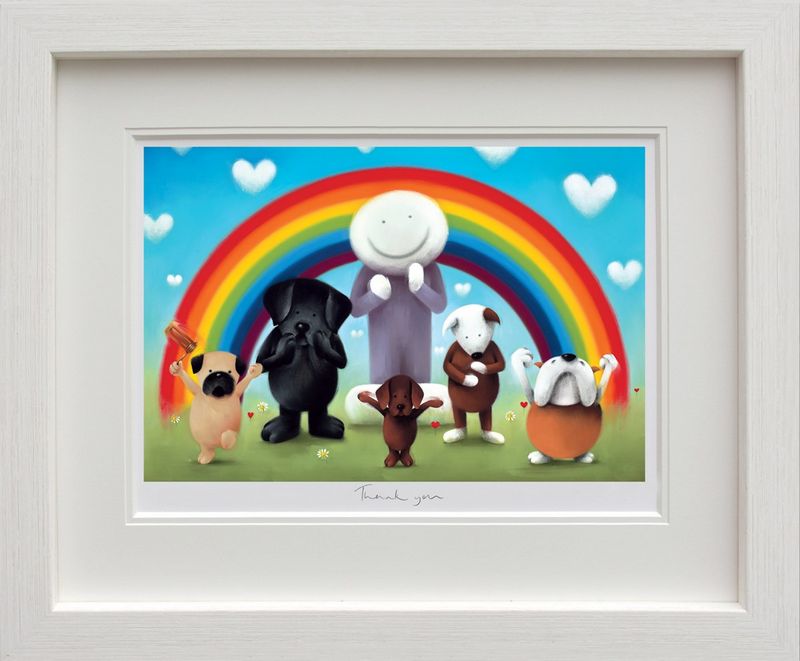 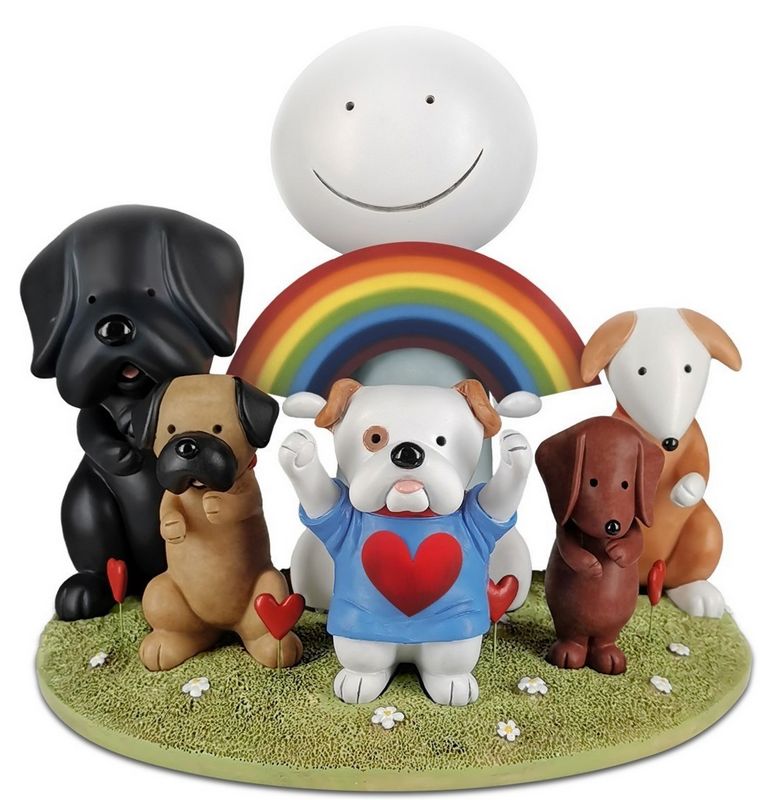 'Thank You' is selling out super fast.

This special charity release will see £100.00 per sale going to NHS Charities from ourselves and the publisher jointly, showing Doug's and our support for their fantastic work during the Coronavirus and of course always!

Many children have been asked by their schools and nurseries to paint Rainbows & put them in their windows to 'spread hope,' after this started trending online says the BBC.

Doug hopes we all remember the fantastic work members of the NHS, Emergency Services, key workers & care workers are doing for all of us.

This is his first charity release since 'Pudsey' - picture & sculpture (2013-14) & 'Hearts & Smiles' (from the noughties) where money was donated to a Breast Cancer charity, and the artist wants to honour the vital role these brave & stoic men and women fulfil - and raise money.

We have been told the original sold for £37,000 and the entire fund has been donated - wow!

Update - In what has been an unprecedented demand for a Doug Hyde Print, we have currently sold out of the copies we have been guaranteed by the publisher. If we get offered more, of course we will let everyone know.

Who would have thought an image of Doug's purple dressed human character, Monty (the black labrador), Fuzz (the brown and white dog), the Pug, British Bulldog and a new Chocolate Lab puppy friend - would bring so much hope and joy to the nation!

The white heart shaped clouds float effortlessly with the loveable gang stood in front of a beautiful Rainbow, clapping for all NHS staff & front line workers.

This is the first Doug Hyde Charity Release is some years now and he has said it is his 'Proudest Achievement' so far as an artist, as it is directly gives funds to an NHS Charity.

God bless all the brave men and women around the UK & beyond, giving us care, love and essential services.

This is amazing sculpture is a follow up to the hotly selling limited edition of the same name: 'Thank You - Picture,' which sold out from publisher within hours of its release! earlier this year during Lockdown.

Due into UK Galleries in October 2020, you are Pre-Ordering your copy in order to reserve what will be another class Doug Hyde and a reminder of the great work of our NHS & Key Workers during this Covid-19 Crisis.

The Rainbow remains a symbol of hope and optimism and Doug reminds us that brighter tomorrows always come.

We are expecting a sell-out (even as a Pre-Order) so do secure your copy early with us!

The Faces Of Love - Black Framed