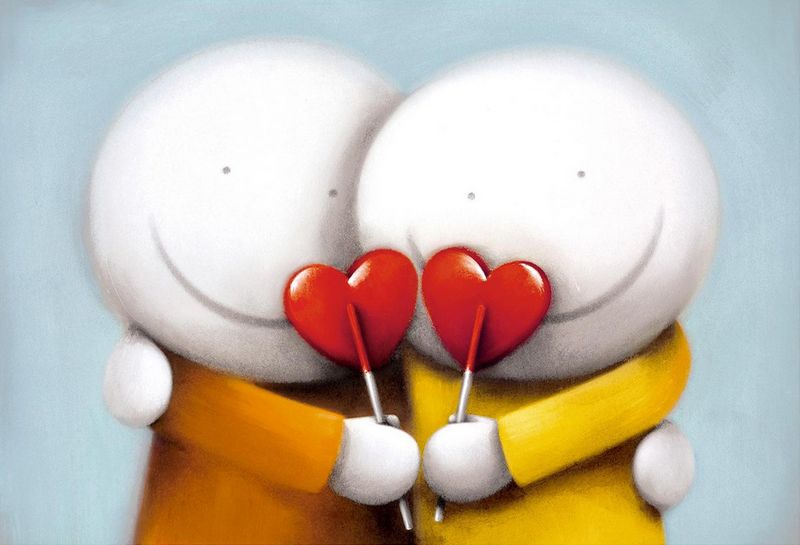 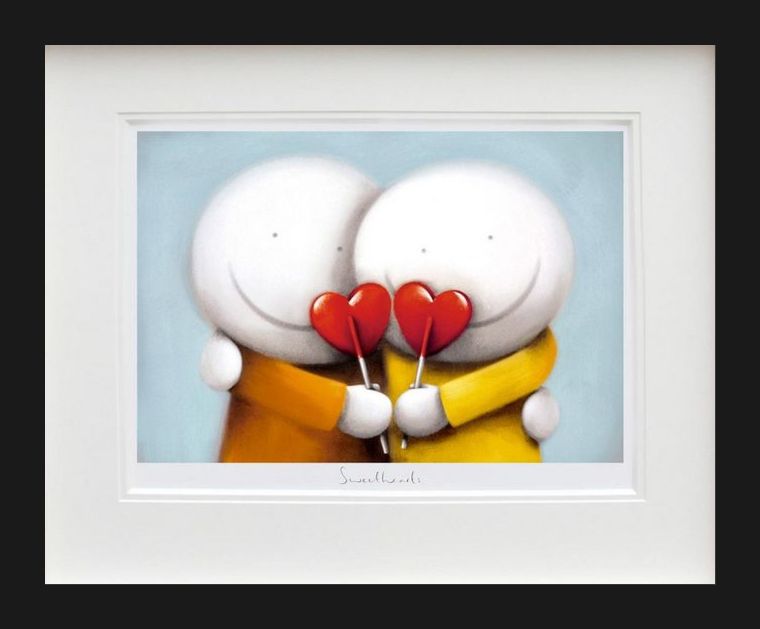 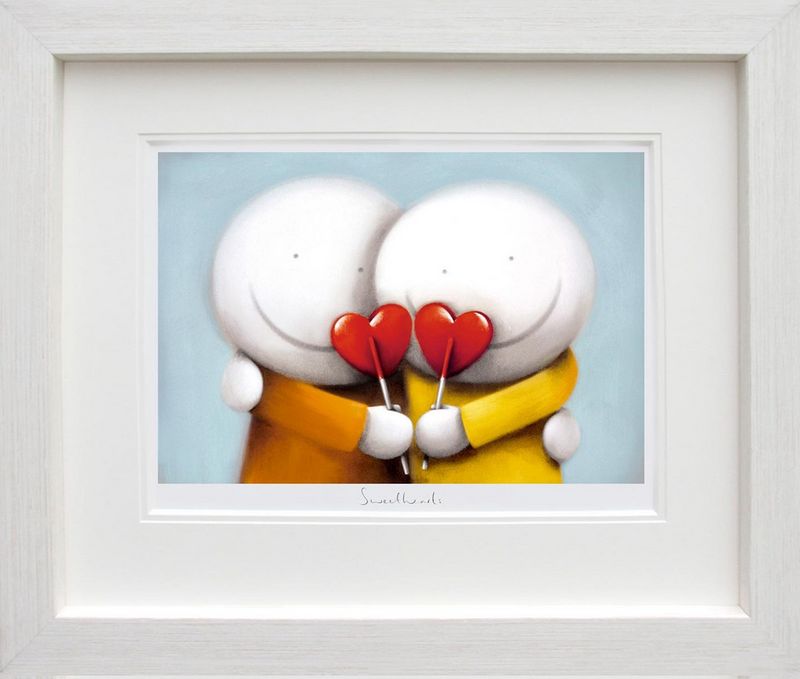 Another magical addition to Doug's growing collection of limited edition art and one that has proved very popular! selling several times over since it was released, 'Sweethearts.'

In my experience, Doug's paintings that feature hearts always create a great reaction from his fans, there is just something about the way he paints them and ‘Sweethearts’ is a wonderful example.

Although depicted as lollipops 's, the hearts are painted bright red and have a polished look, as the light reflection appears to be on both upper sides of the hearts - almost gleaming with love!

Remember, Hyde's universal message is that we should love and care for one another & the importance of family. He also draws us back down our timelines and remind you of your own childhood innocence and naivety in the world; it is still there, you have only forgotten.

Looking at this limited edition can provide you with a lightbulb moment and boom! a softness embraces you and the world around you is lifted and changed forever.

'Sweethearts' remains one of the bestselling Doug Hydes from 2018 and it displays the themes of: love, caring and cherishing those around us, all things close to Dougs' hearts.

This does remind you of the St Valentines Day Releases that Doug has spoiled us with over the years, this could have easily been one of them, with the two characters embracing and placing their heart-shaped Lollies next to each other.

There are several limited edition prints and sculptures featuring Sweets and 'Sweethearts' sits nicely in that series as well; with the warm, pale blue sky and orange and yellow clothes of the human characters perhaps reflecting the rays of sunshine of a sun, just out of glance.

Did you know? that Doug's earliest original and limited editions (and do have a look at the early pages on our website) featured such large spherical faces a lot more.

Have a look at the 2016 released Superman image: 'Is It A Bird? Is It A plane?' to see what I mean, those where really the type of ‘head focused’ imagery that establish Doug and his human characters.

In fact, his original art was created using pastels and where far, far larger than the limited editions sizes we know and love today!

The two friends in yellow and orange clothes, embrace and share a hug as they enjoy their tasty heart shaped lollypops!

An image full of love, light and all things nice, ‘Sweethearts’ is a print purely about love and affection & having fun in the world.

Almost hugging ‘for the camera’ there is childlike innocence about this artwork, as we admire the affection the two characters have for one another and are curious as to what the lollypops must taste of!

My guess is one is raspberry and one is strawberry and in the next moment, like a couple entwining arms and sharing a glass of wine, these two share lollies.

The cool, light blue background works perfectly with the red of the hearts and the yellow-orange of the characters, set against white and grey faces; Doug is exceptionally skilled at picking the right colour palette for his paintings.