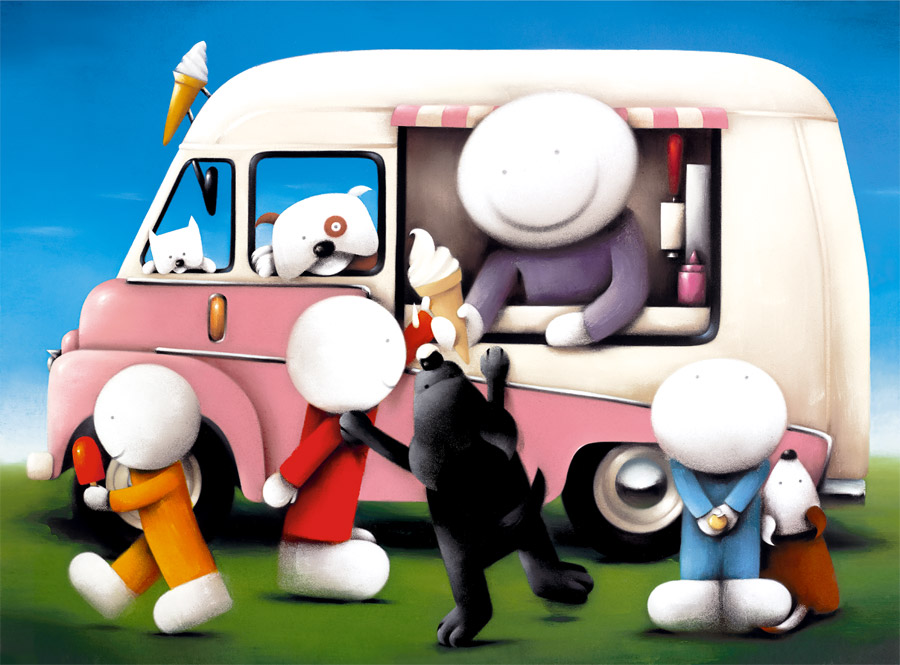 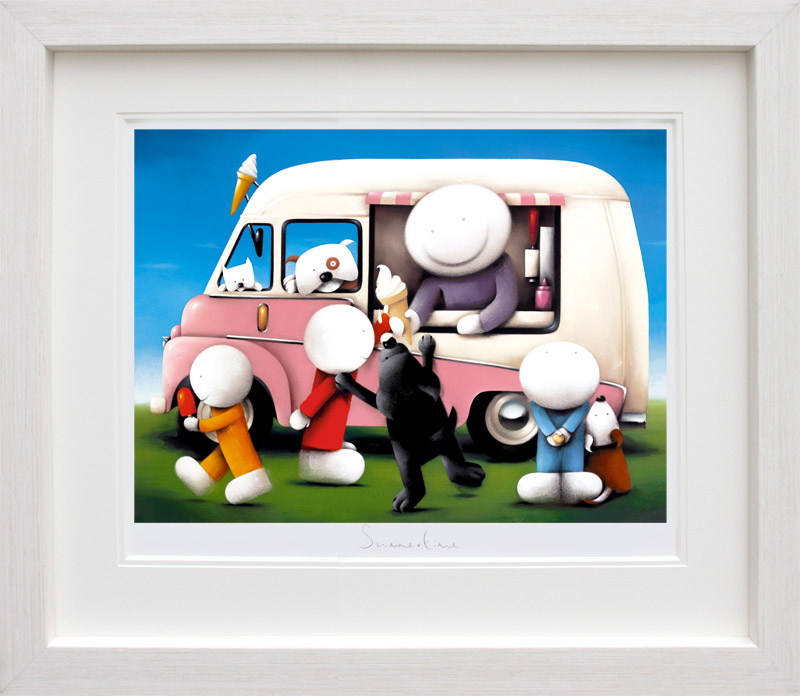 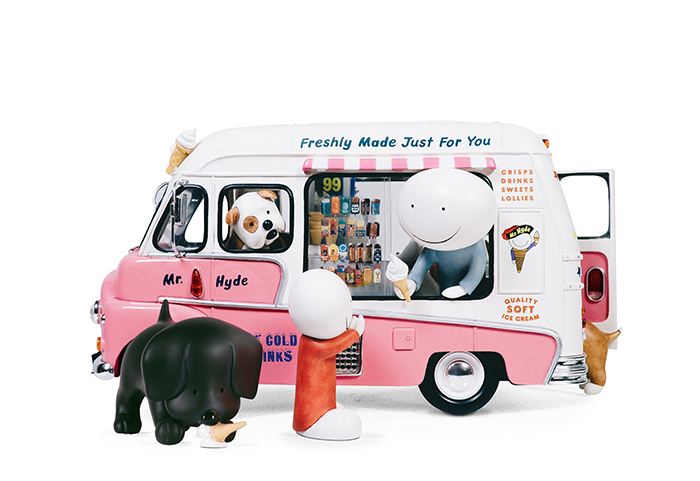 With perhaps 18 months since the Original painting ‘Summer Time’ surfaced on the internet - the owner kindly sharing on social media - there has been speculation, hope and even rumour that Doug Hyde would produce a limited edition sculpture based on the original of 'Summer Time' voila here it is!

(Doug has also released a limited edition print of the Original, with the same name, at the same time and this is also on out site)

A warm and fantastic image for Summer 2017 celebrating all that is British and fun in this Ice-Cream Van scene and this is perhaps Doug’s best and most detailed vehicle yet; this simply has to be seen to be fully appreciated, as one photo will not do the craftsmanship or detail justice.

How many new viewers will this draw into Doug’s naive and whimsical world of people, happiness, pets, love & laughter – or for that matter ice-cream?!

Notice the number plates ‘DH 7’ on the Ice-Cream Van, this is the 7th Vehicle release in sculpture form and these are highly collected in their own right by Hyde’s followers

Part of the 'Wish You Were Here' collection released May 2017

Love From A Distance