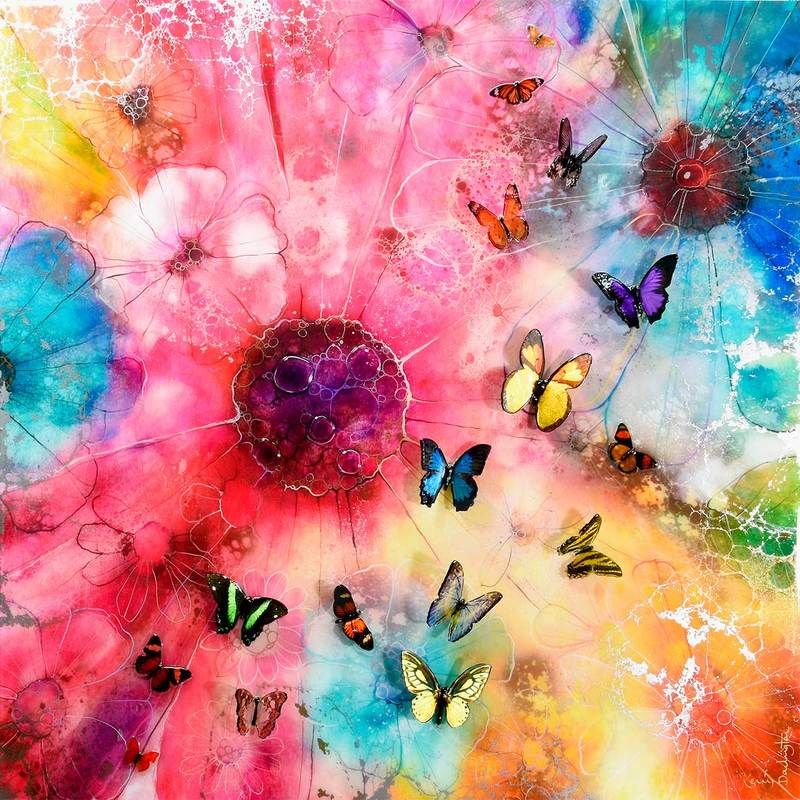 The first snippet image is being displayed of Kerry's upcoming new release 'Summer Nectar,' another unframed Unique edition but this time square instead of circular.

A long awaited new floral release, we do know it has beautiful 3D butterflies placed on each canvas, as you see the beautiful bold colours on the canvas underneath, breathtaking!

As usual pre-orders being taken now and a sell out is expected. Due to start dispatching to galleries from the 20th August.

by Kerry Darlington
£724.00 inc VAT
£603.33 exc VAT
Only 1 remaining
PriceMatched!
We're still able to process and ship orders via our website during the corona virus restrictions. And answering calls 7 days a week.

Birdhouse In Your Soul