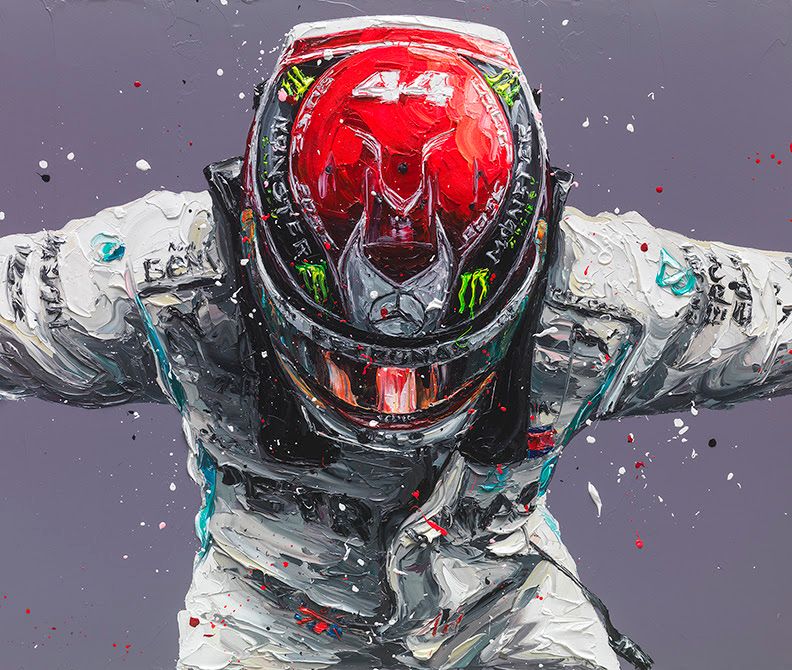 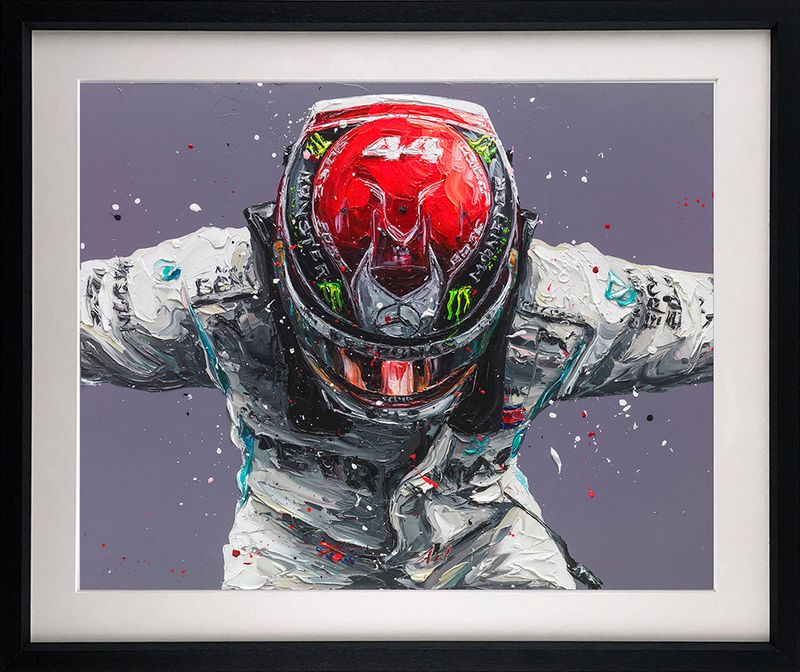 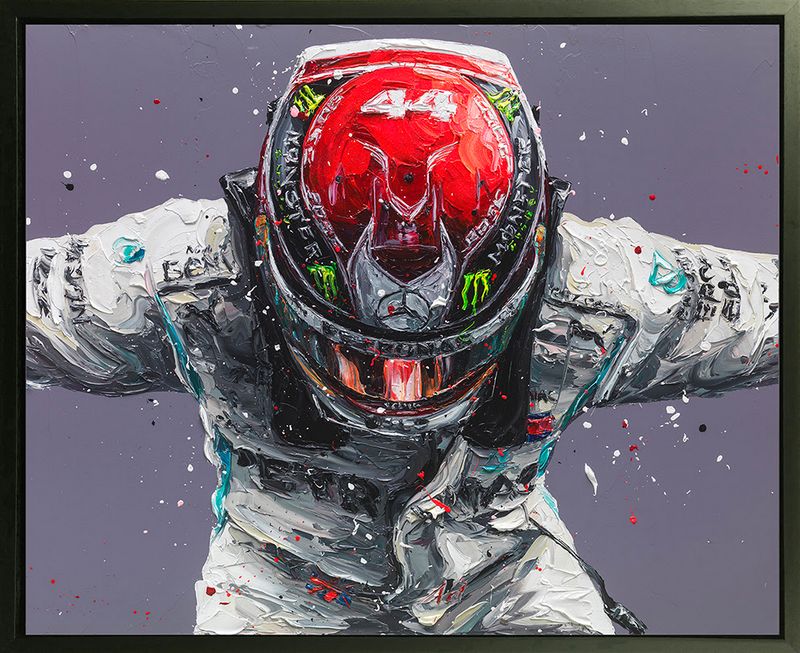 Coincidentally, we believe this is Paul Oz's 6th limited edition release featuring Lewis Hamilton, under the umbrella of Wishbone Publishing, proving that this fantastic driver remains one of the most popular motor racing figures amongst fans all over the world.

So confident was the buyer of the originally commission painting, they booked the commission way back in April of 2019 a full seven months before Lewis was able to secure his...

...World Driver's Championship victory - such is the fervour of Formula 1 fans!

He's No Good To Me Dead - Artist Proof Black Framed