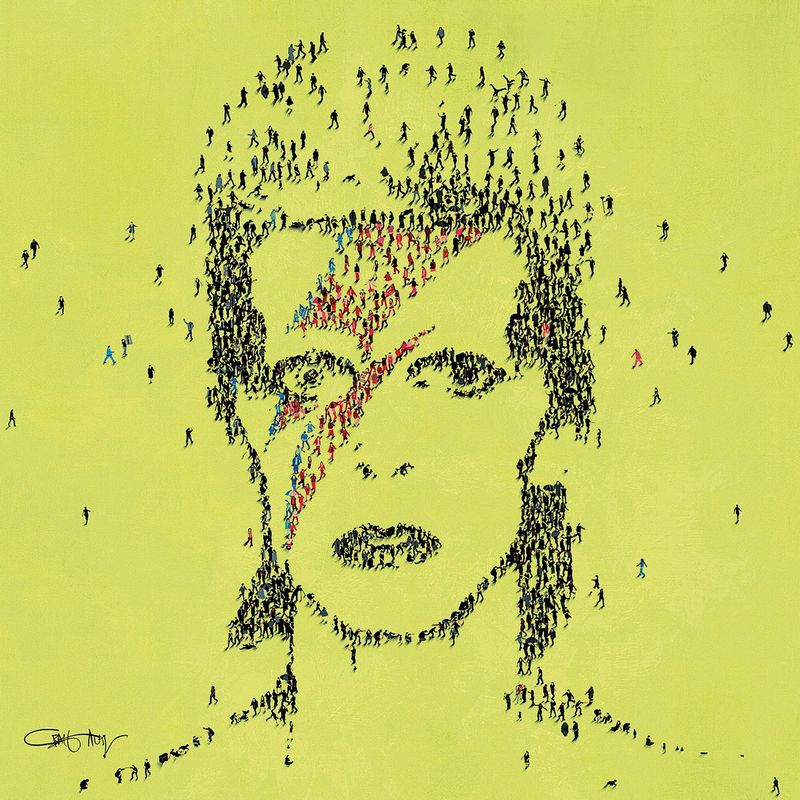 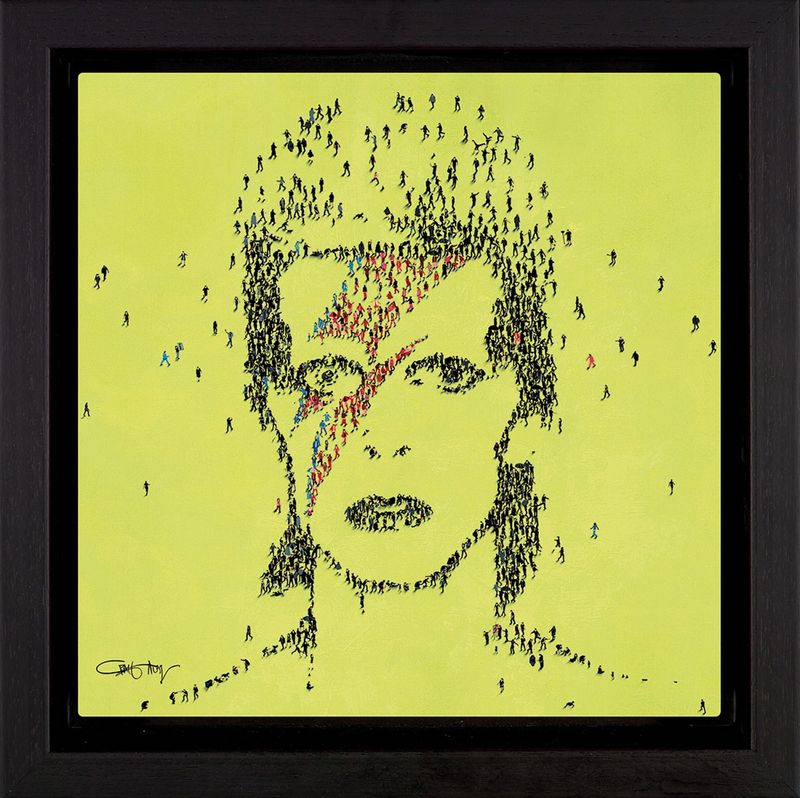 Musical legend David Bowie was a star is in own right, in Britain and around the world but his on stage character 'Ziggy Stardust' may well be more iconic than him – many recognise the image, even if they don’t know its genesis or that it is Bowie.

Arguably a rite of passage for emerging artists, I am sure you have seen several artist's impression of the icon Ziggy Stardust but Craig Alan’s limited edition ‘Starman’ is now jostling to be your favourite.

Much like the sister piece 'Nemesis' released with this collection, 'Starman' is formed by mostly mini people in black, positioned for Bowie’s face and features and some dressed in red and blue make the iconic lightning bolt…

…Just that alone is enough for many to comprehend this is a painting of Ziggy Stardust, first brought into the collective psyche way back in 1971 with Bowie's album: 'The Rise and Fall of Ziggy Stardust and the Spiders from Mars.'