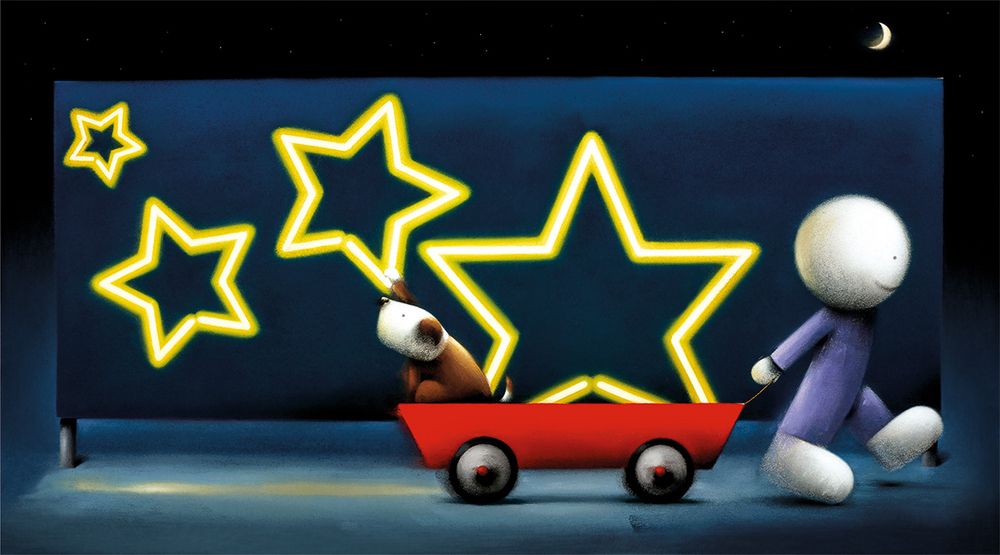 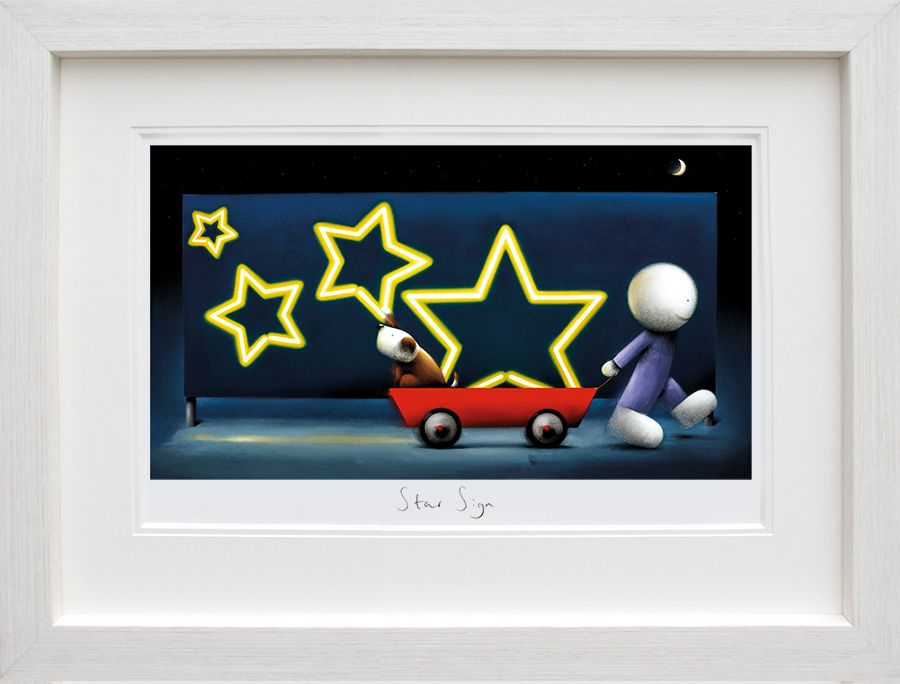 'Star Sign' is a beautiful limited edition from 2017 and is continuation of Doug's exploration into using neon 'effect' paints within his limited editions. Released at the same time as 'You Light Up My World - Box Canvas' - whose neon loveliness actually appeared on all the marketing for the 'Looking On The Brightside collection' they where both a part of.

Our human hero pulls the recognisable brown and white dog across the front of the picture and this allows our furry friend to paint his own night sky scene. He carefully uses his paw to paint yellow and white 'neon' star shapes, of increasing size, as we catch a 'real' half-moon in the far off distance of the picture.

The rich red of the cart is so pleasing to the eye, as your gaze moves between this, the purple of the human's clothes, the yellow of the stars and the overall soothing blue hues that are all over this amazing limited edition print.

This limited edition came out to great reception in Autumn 2017 and was part of the 'Looking On The Brightside collection' of 9 prints and 5 sculptures by Doug Hyde.

'Star Sign' and 'You're My Star' where the two limited editions that explored the night sky and incidentally, both featured the ever popular brown and white dog!

Maybe our little friend works for NASA? because if he is not climbing a ladder to the moon (with one of Doug's human characters), he seems to be dreaming about space. As he is pulled along in this scene, our doggy hero paints a beautiful series of yellow stars, as he looks forward to his next adventure in outer space.

I do wonder if 'Space Cadets - Sculpture' is his attempt to get back to the moon! (he's the dog wearing the space helmet in that sculpture).