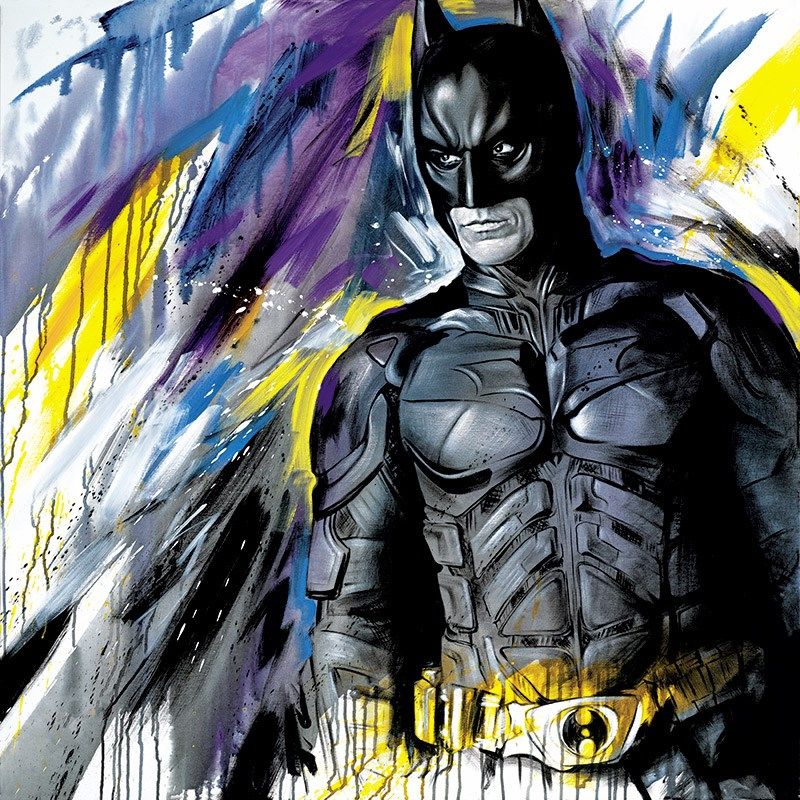 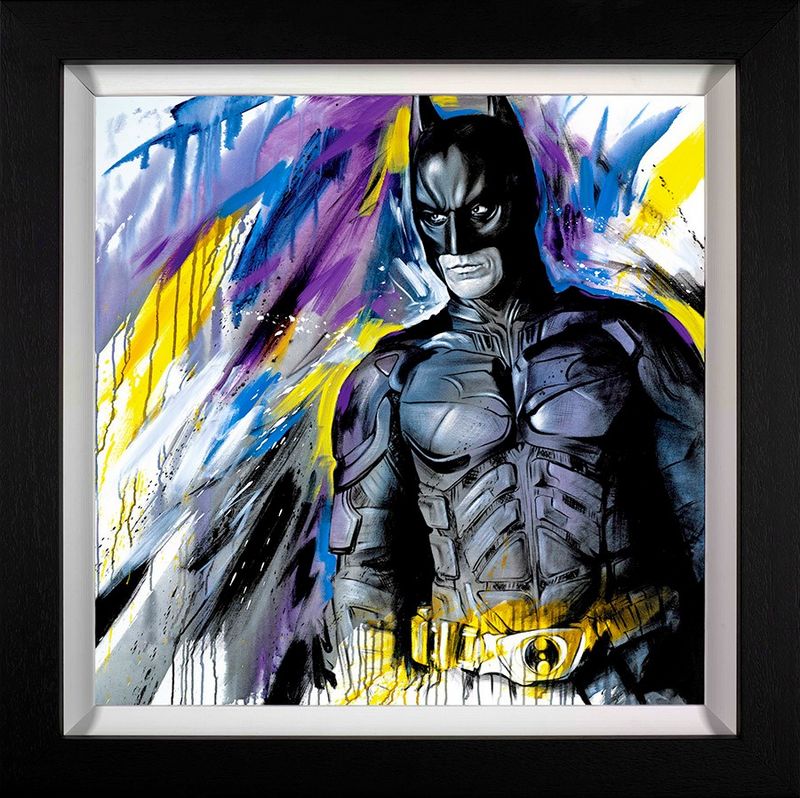 Christian Bale's Batman, beginning with 'Batman Begins' (the fifth big screen outing of our hero in the modern era) is without doubt the definitive batman & will never likely be equalled.

Strong, moody, conflicted and battling the idea of justice vs revenge, he strikes a dark and moody anti-hero for generations of film fans, lucky enough to experience this powerful trilogy of Batman on the big screen.

Jen Allen portrays just some of this emotional content, in what is a more uplifting look into the world of the Dark Knight with the limited edition: 'Silent Guardian.'

Somehow, the bright yellows, deep blues and rich purple paints are able to lift our hero's persona into the stratosphere. This is the perfect gift for all fans of Christopher Nolan's film's Batman and can be bought as a pair with her painting of 'The Joker.'