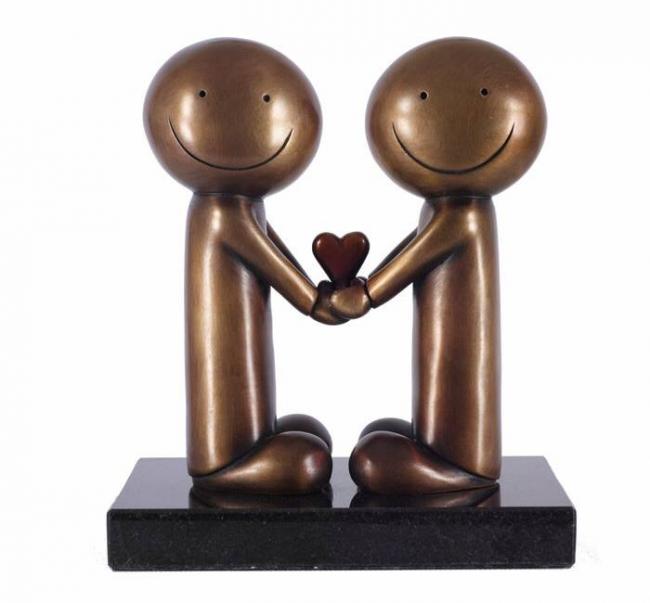 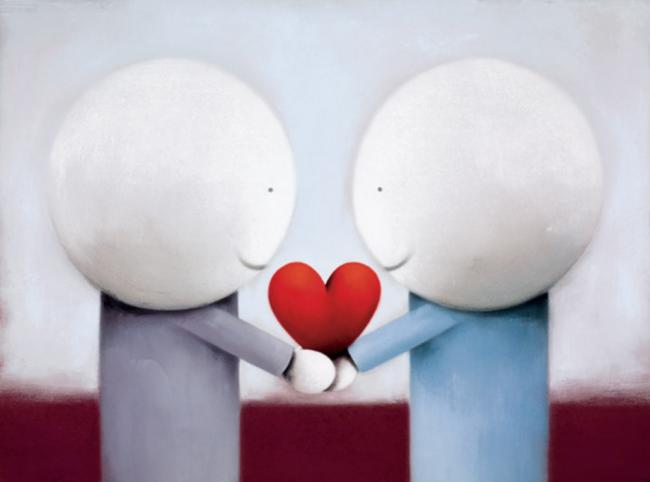 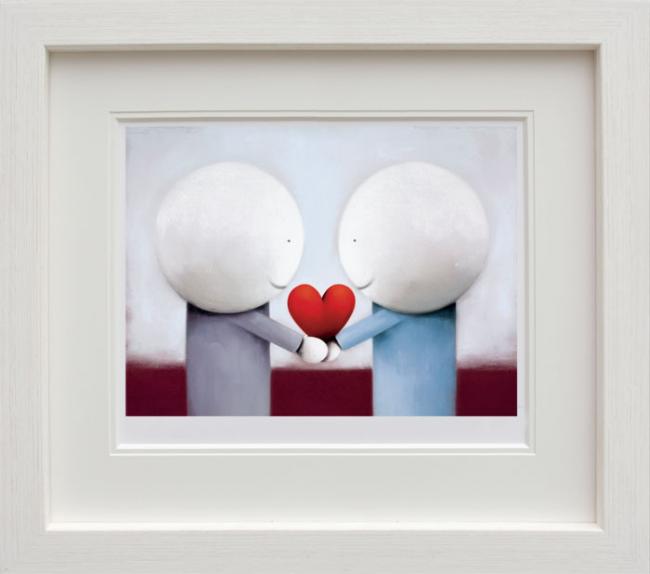 Doug Hyde has listened to his fan's feedback and added a new bronze to his latest releases (along with 'Beware Of The Dog II - Bronze' &' I Love You This Much II - Bronze') and this is a simple but effective sculpture.

Two characters face each other, mirroring the other's stance and reaching out their hands to grab a heart - Doug reminds us of the innate love and friendship that exists in all of us.

Look back through our back catalogue of Hyde bronzes on the website and you will see Hyde characters holding hearts, is a theme that Doug returns to again and again - we love this one!

This is the picture that accompanies the May 2015 Bronze sculpture release of the same name and is a lovely piece in its own right.

What you might not know is that this is almost the same image, slightly reworked, from one of Doug's very early releases called 'Cold Hands Warm Heart' and the colours are almost identical - another fantastic image. Just as he did in last year's Love Counts' 10th Anniversary Collection.

It's wonderful Doug is going back and creating 'follow ups' to some of his most sort after limited edition prints and allowing a new generation of fans to own them!

We've Got This - White Framed