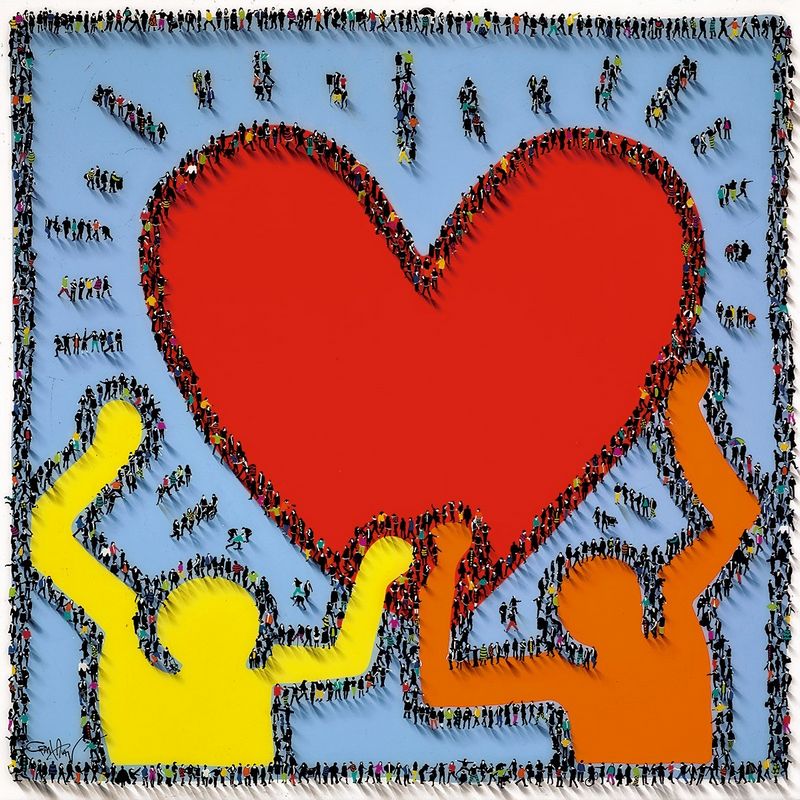 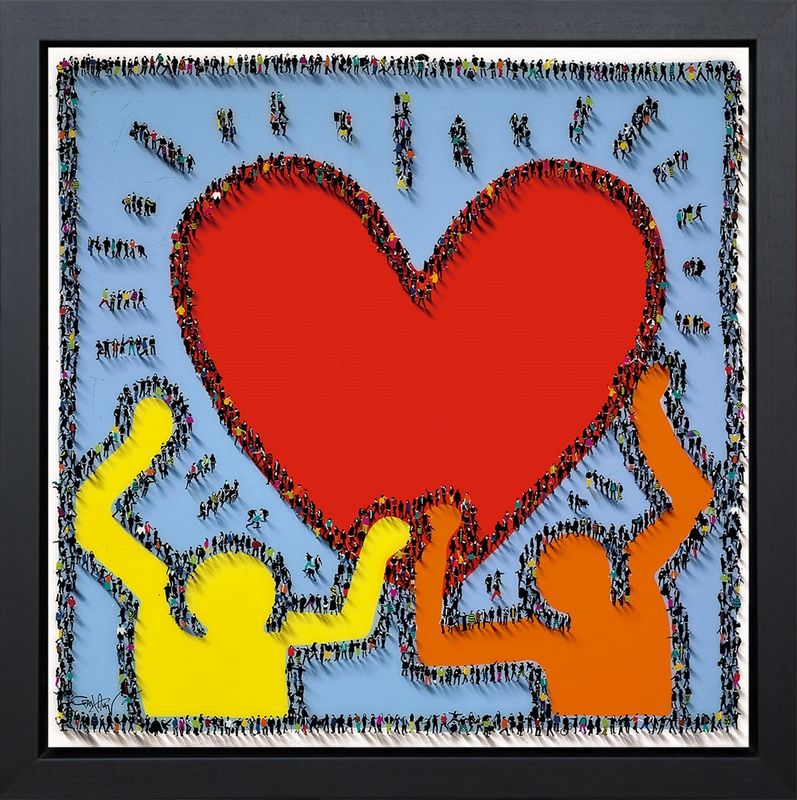 Another New release just in time for the most romantic time of year and part of exciting St. Valentine's Day 2020 releases by various artists!

A lovingly created tribute and hat nod to Keith Haring (1958-1990), fellow American artist and famed Neo-expressionist, who specialised in Pop Art and remains one of Craig's inspirations.

He was social activist, raising awareness for HIV, AIDS and safe sex and campaigning for the rights of LGBT and homosexuals - themes that often appeared in his work.

Made up of tiny people, a yellow and orange figures hold up together a large red heart, reminding us of the themes of Love, Friendship & Unity that is within us; hand finished and  a beautiful addition to Craig’s growing range of limited edition releases.

This is Craig's version of Keith Haring image often referred to as ‘Holding Heart’ or ‘Men Holding Heart' but may have been one of his many untitled works from the 1980s!

Hope Around The Corner - Black Framed