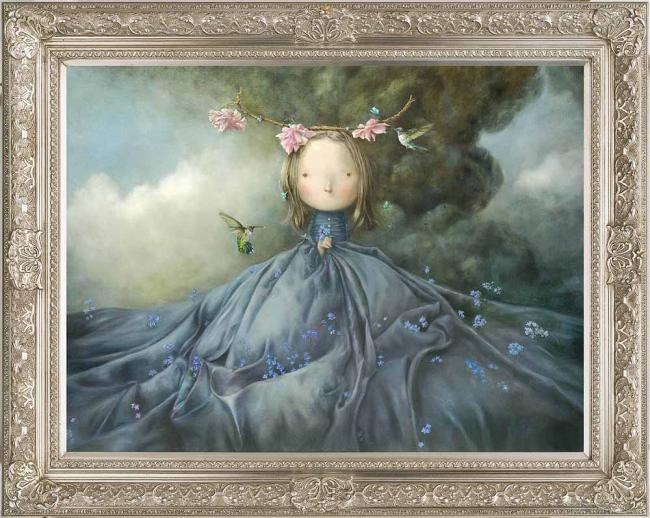 Individually signed by the artist herself and released as a limited edition, 'Sara,' makes her debut appearance for 2014! Playing at being centre stage and lapping up the attention, the young figure has much to offer us the viewer. The colours and tones work perfectly in unison and create a somewhat magical image. All the elements that Shazia has blended make for a very impressive addition to her so far published collection of limited edition works. The background of the piece also brings to life 'Sara', herself, and enables the little girl to take centre stage, despite the dramatics of her surroundings. The limited edition giclee on board is certainly a favourite of mine, is it yours?

by Shazia We're still able to process and ship orders via our website during the corona virus restrictions. And answering calls 7 days a week.