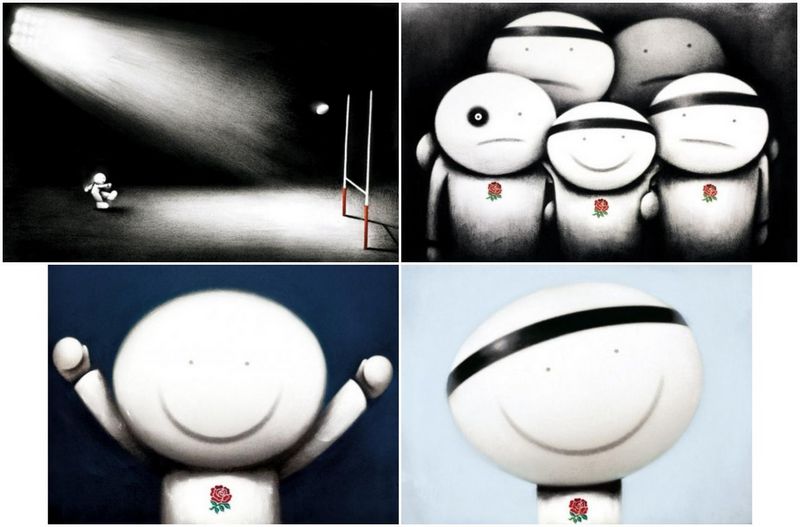 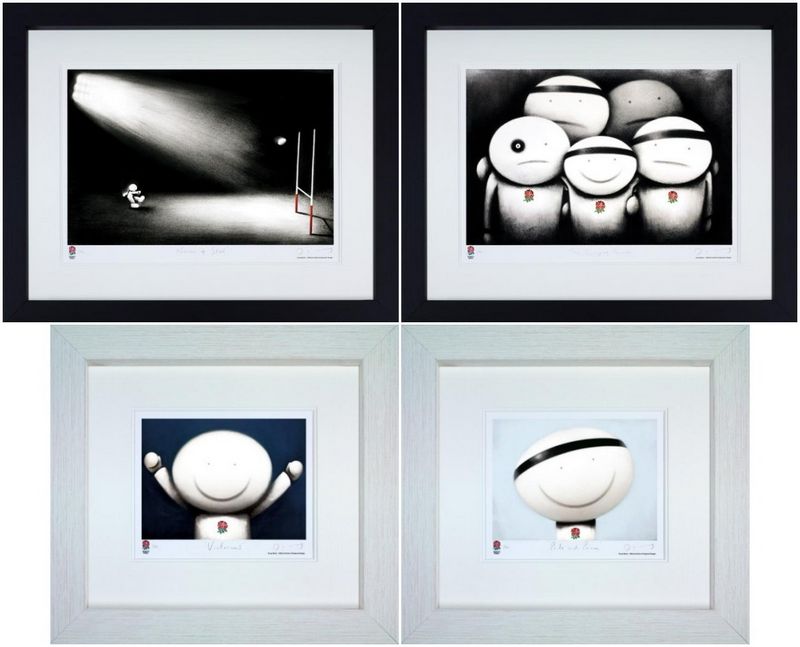 Doug Hyde was the official England Rugby artist in 2015 and these limited edition prints where produced to commemorate England hosting the 2015 Rugby World Cup!

The four limited edition prints in this Rugby collection are:

- Nerves Of Steel
- The Engine Room
- Pride And Passion
- Victorious

As England enters the 2019 Rugby World Cup in Japan, now would be a good time to acquire the prints from this now very rare set of four uplifting Rugby themed print!

These sets are non-matching edition numbers.

You may not have known that Doug Hyde became the official artist for England Rugby during the World Cup held in England a few years ago. Hyde painted & presented a number of original artworks to rugby union officials and the England team around that time – along with Doug's very best wishes for the competition of course!

That also reminds me, Doug presented the original painting to the limited edition print: ‘King Of England’ as a gift to Roy Hodgson in 2012 & at the time he was manager of the English football team; as you might have guessed, Doug is a huge sports fan.

A cheery & humorous keep sake set, commemorating this special World Cup year and Doug reminds us of the great pride felt both nationally, in England and throughout the British Isles at the time.

The set includes the two small prints: ‘Victorious’ & ‘Pride and Passion’ and the larger two images: ‘The Engine Room' and 'Nerves Of Steel.' Each pair come in the recommended white and black frames respectively and should you prefer all the prints to have the same frame, just let us know and we will arrange at no extra cost.

As we approach the 2019 Rugby World cup final in Japan on 2nd of November, England awaits! as its brave team do battle with the mighty South Africa.

Doug Hyde was the official England Rugby artist for the previous world cup in 2015, being commissioned to do a series of paintings and we have the very last available limited prints from this iconic set of four rugby artwork.

Could 2019 be a victory as great as their iconic 2003 final win over Australia in Sydney?

Join, Doug Hyde and all of us to wish England the best of luck in Tokyo this Saturday!

Beside The Seaside - Black Framed