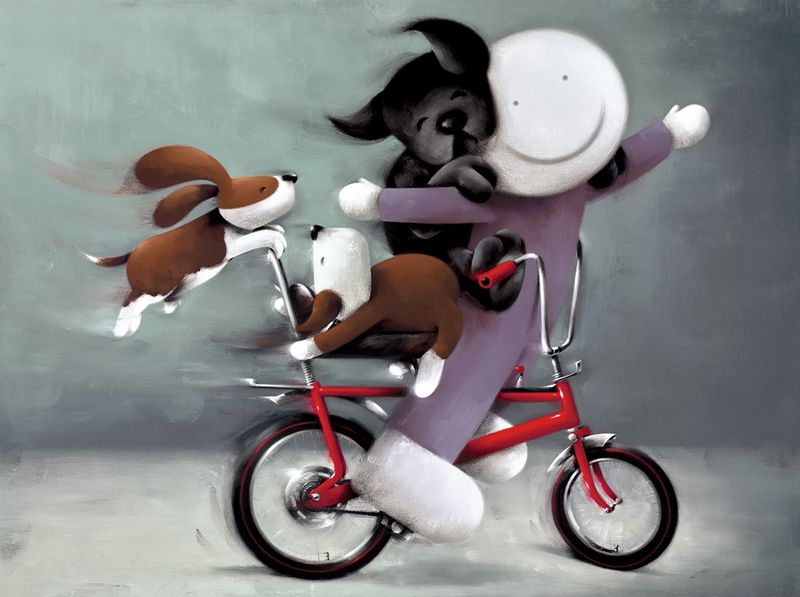 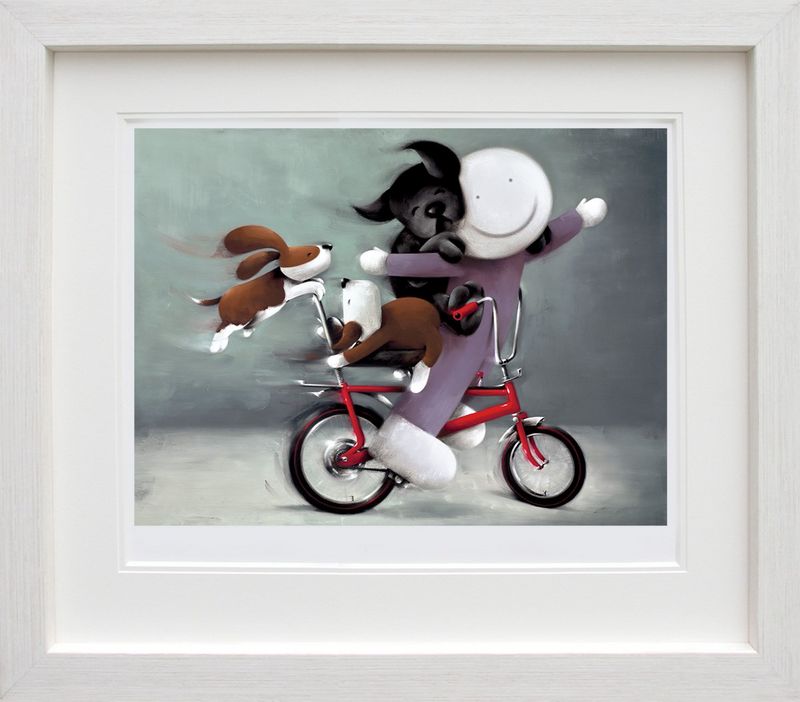 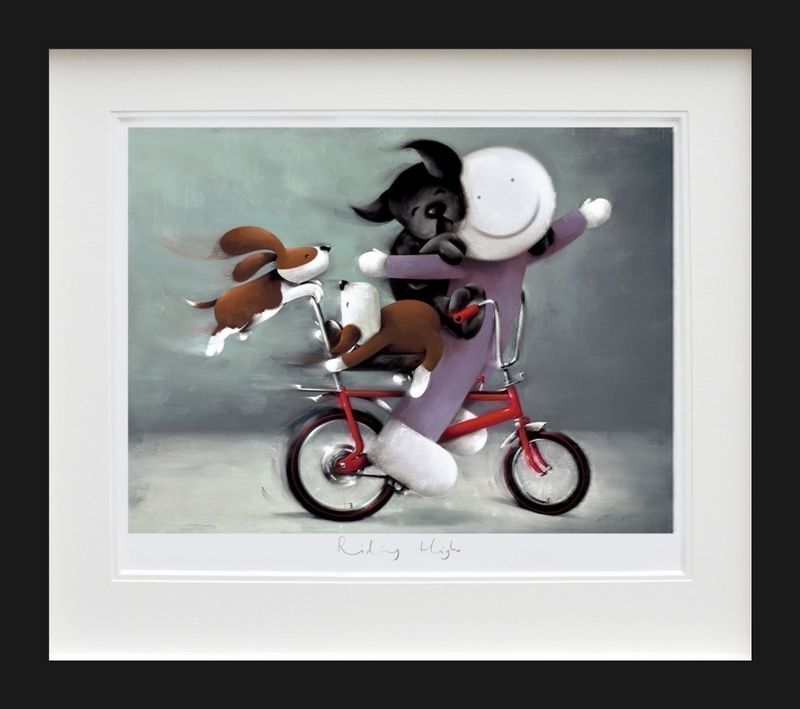 In this hilarious new release 'Riding High,' the gang is off on a bike ride in Doug Hyde’s nostalgic look back to childhoods of the 70s and 80s as they climb aboard a Raleigh Chopper bike.

This makes you think of the movie Titanic and with the character holding their arms out like ‘Rose’ and Monty the black dog doing an impromptu impression of 'Jack' but closing his eyes - I sure he wishes the human would hold on to the handlebars!

Lots of attention to detail here with the red handlebar grips, Monty’s large oversized paws and even the famous gear stick from the Raleigh Chopper, the dream bike of every child from that era.

Have you ever seen three so relaxed dogs on a bike before? I didn’t think so! The picture is superbly set off against a warm grey hued background.

What is Doug's formula for having fun with your dogs? it is pretty simple really and it's all here demonstrated with a paint brush, in this humorous new limited edition 'Riding High.'

The recipe is as follows: take your Raleigh Chopper push bike, wear your favourite purple outfit and safely place your dogs in position on your bike, ready for your bike ride!

What follows appears to be a high speed ride and a balancing act by the human character, with at least two of the dogs (including Monty the black lab) holding on for dear life lol.

Thankfully, he's not really going that fast and the ground is soft & safe and actually take a closer look at the artwork; the dogs are so at ease that they all have their eyes half shut, relaxing at the wind breezes through their coats.