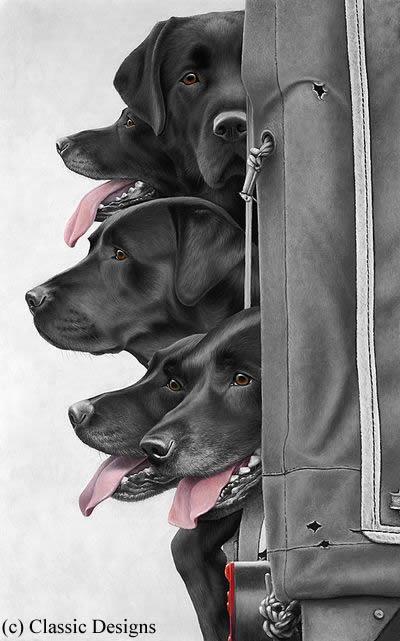 In July 2010, Nigel Hemming released 'Full English' & 'Rear Gunners' as limited edition prints in two versions: on paper and on box canvas & these would go on to be hugely popular titles.

The very low edition number also caused an increase in demand for these prints - for each title the combined number of limited editions, paper and box canvas, was just 50 copies. Since they sold out, demand for these pieces has remained high and the edition could have been sold several times over, if it has been a larger one.

Nigel’s Gun Dogs always seem to sell well but what was it that captured buyer’s imagination? Perhaps it was the Land Rover tie and the traditional gun dog scene of dogs arriving to the shoot.

We purchased the painting directly from the artist and are now bringing it for sale. This item has never previously been owned & was I believe painted in 2010 by Nigel.

by Nigel Hemming We're still able to process and ship orders via our website during the corona virus restrictions. And answering calls 7 days a week.