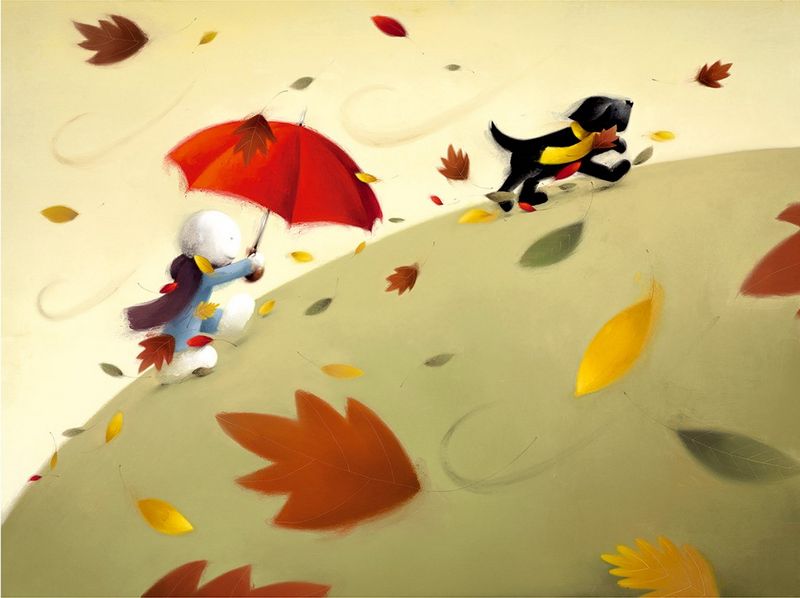 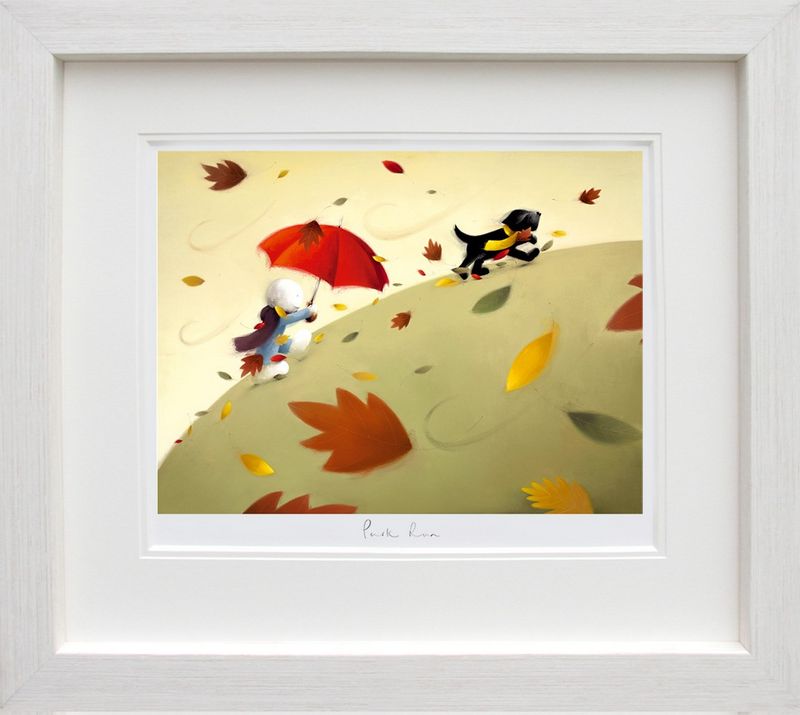 Doug Hyde remains up to date and topical as he honours those of you take part in the weekend 'Park Run' in various parts of the UK, organised runs that are now immensely...

...popular, I am sure there is one near you!

However, in this scene our loveable character in blue has bought his red umbrella and his dog 'Monty' along. A very windy day by the looks of it but undeterred our heroes keep...

...moving, enjoying a brisk run on a rather blustery day! They certainly have plenty of energy in this busy scene.

Clearly going up a hill I like Doug's use of perspective, as the leaves coming near to us, the viewer, are super large and then decrease in size depending on where they are placed on the artwork.

I love the swirls of grey paint Hyde has used to show movement the and cute scarves he has painted even Monty the dog has one!

I feel this will be a rather popular limited edition because so many of Doug’s fans are dog owners too!

The Faces Of Love - Black Framed

Looking After My Heart & Wrapped In Love - Set - White Framed