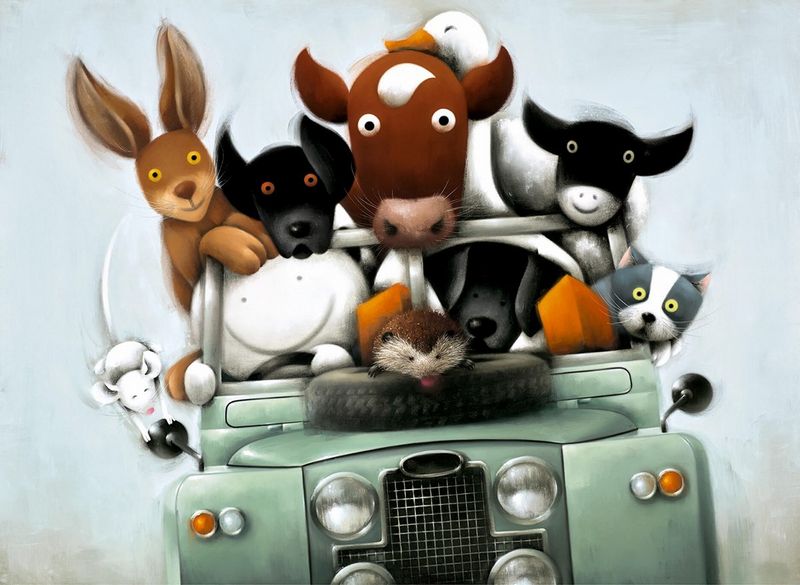 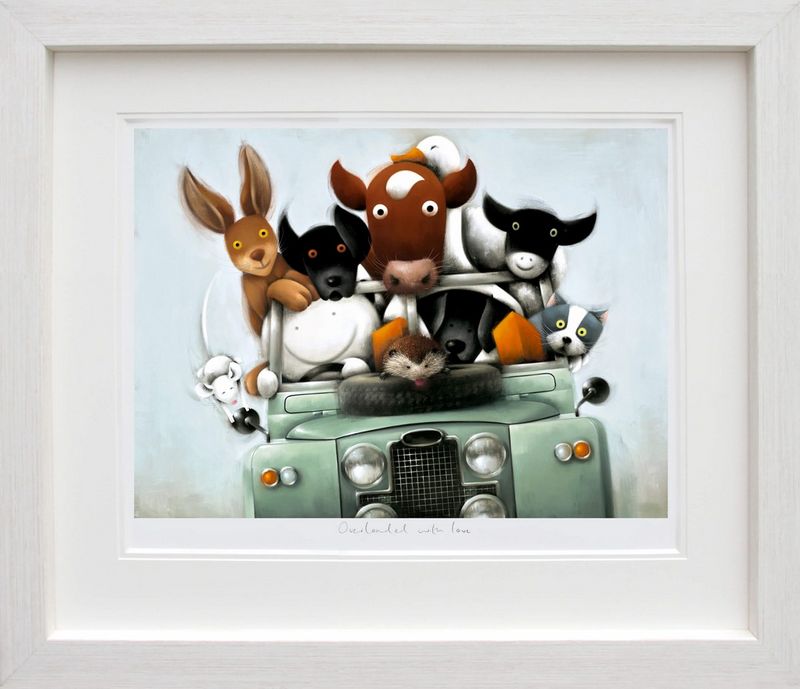 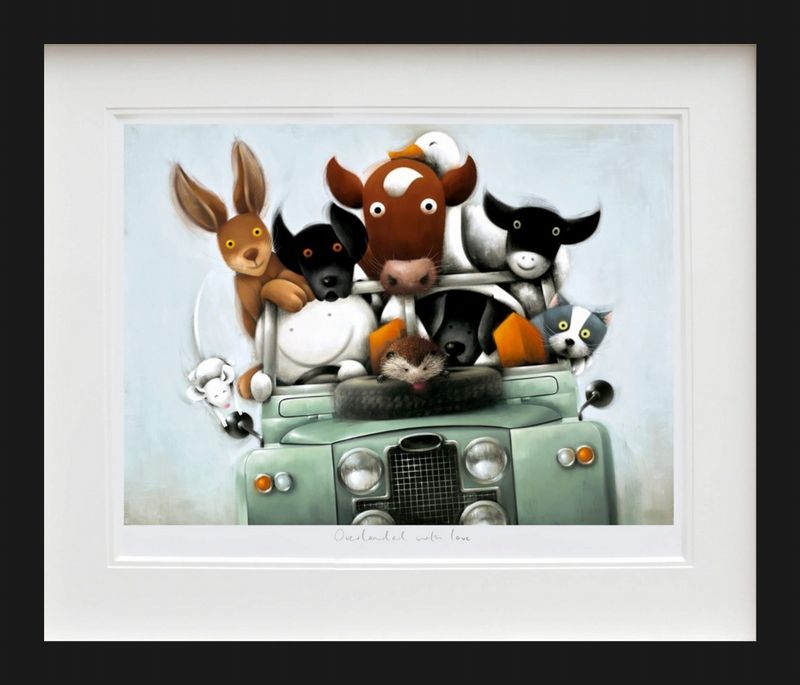 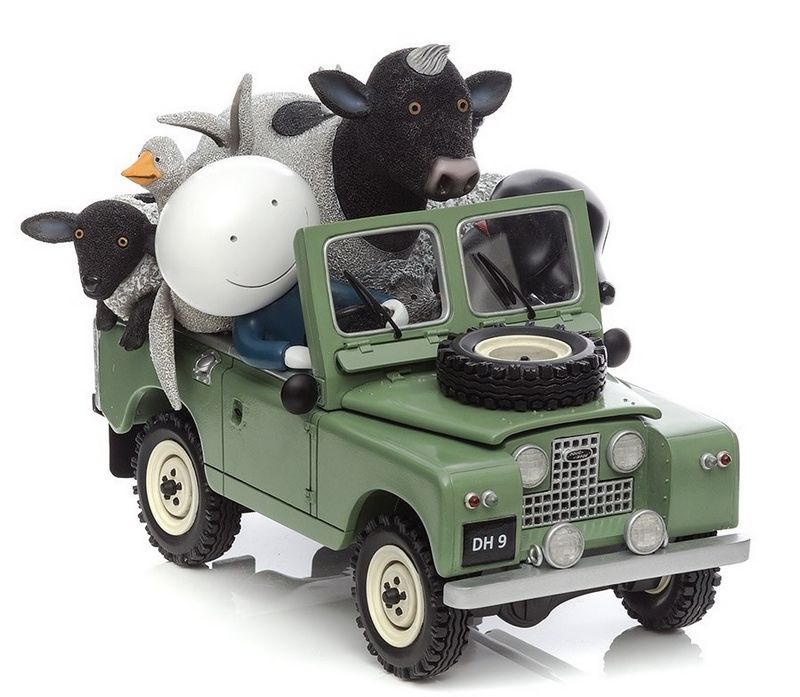 'Overloaded With Love' kicks us of as the main release for the 'Doug Hyde - New Share The Love - Collection 2020' and comes as a delightful picture and sculpture.

Doug Hyde grabs the whole gang from the 'Rural Retreat Collection' (2013-14) adds new characters of the Sheep, the human character driving (of course!) and of course Monty the black dog.

Now, you might think the Hare (bunny rabbit) is new, but he actually appeared in the two big editions from the Rural Retreat: 'Power Cut' (2013) & Lunch Time (2013)

It is so nice to see this Farmyard gang in full colour and for that matter a gorgeous green Land Rover Series II but Doug...your 2 years too late!

2018 was the 70th Anniversary of Land Rover but we are all very happy to see this new addition to the limited edition range.

The long awaited 9th Release to the Doug Hyde Vehicle - Series, new for 2020 and with an accompanying limited edition print. featuring characters last seen in the Rural Retreat - Collection and of course featuring a Land Rover jeep.

As per all the Vehicle Series, they have ascending private number plates! this one being 'DH 9' of course.

The success of this series and the strength of their secondary prices reached when they come onto the market, proves Doug is an excellent long term investment.

We all know however, you purchase Doug's artwork & sculptures for the sentiment, love and happiness it brings into your home!

The Message Of Love - Black Framed