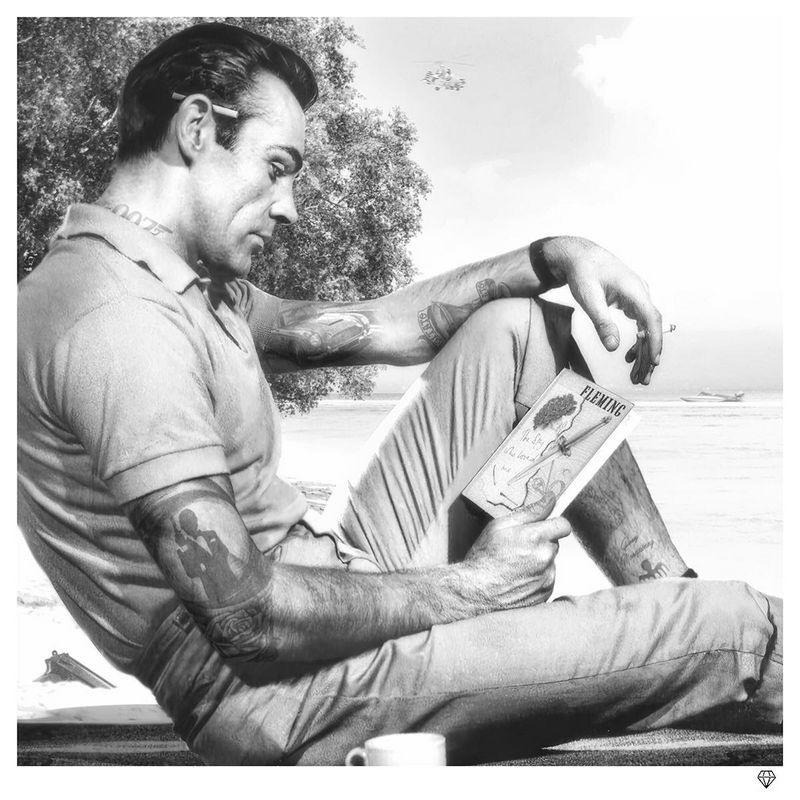 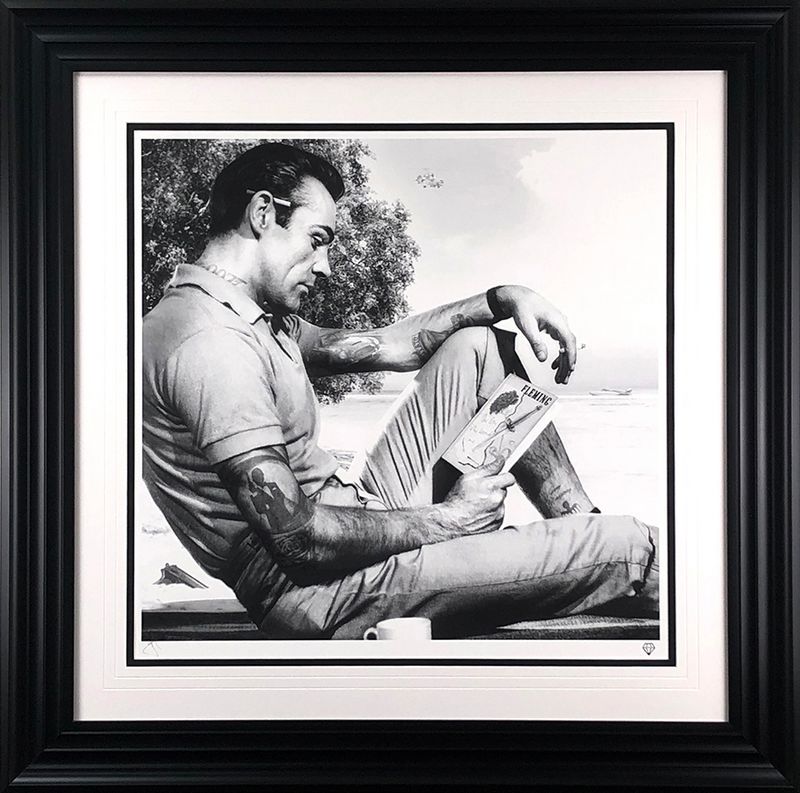 A scene straight out of an early James Bond film, here we have a young Sean Connery as the intrepid 007, the legendary spy created by Ian Fleming.

Depicted ironically reading one of Fleming’s novels on a beach! Connery is covered in modern tattoos that show iconic moments from the James Bond series, including the moving sniper target (on his right arm) often seen at the start of bond films!

Bond is on vacation yes, but how long before the bad guys arrive?