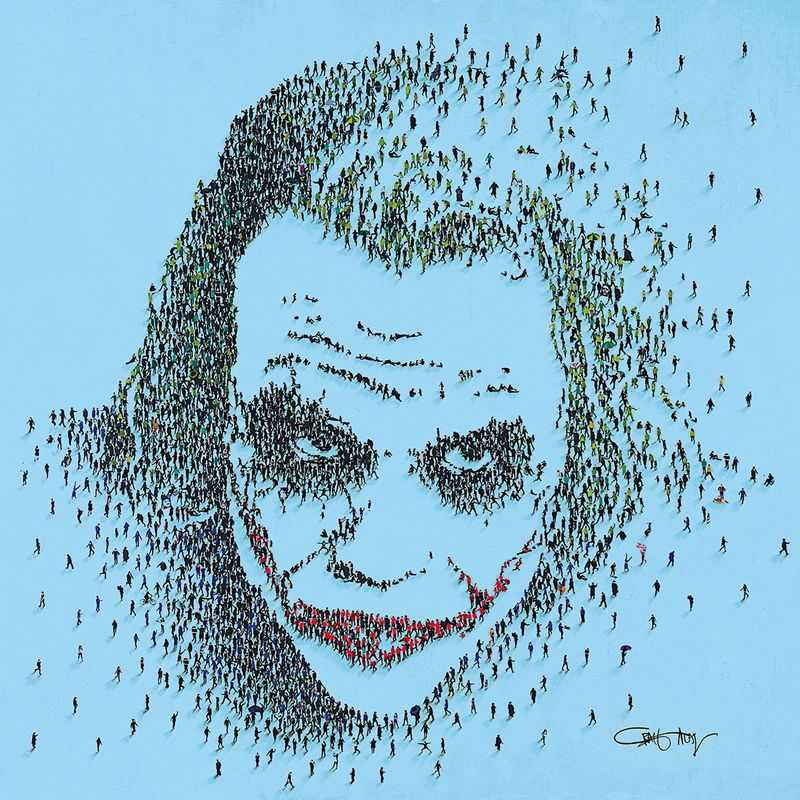 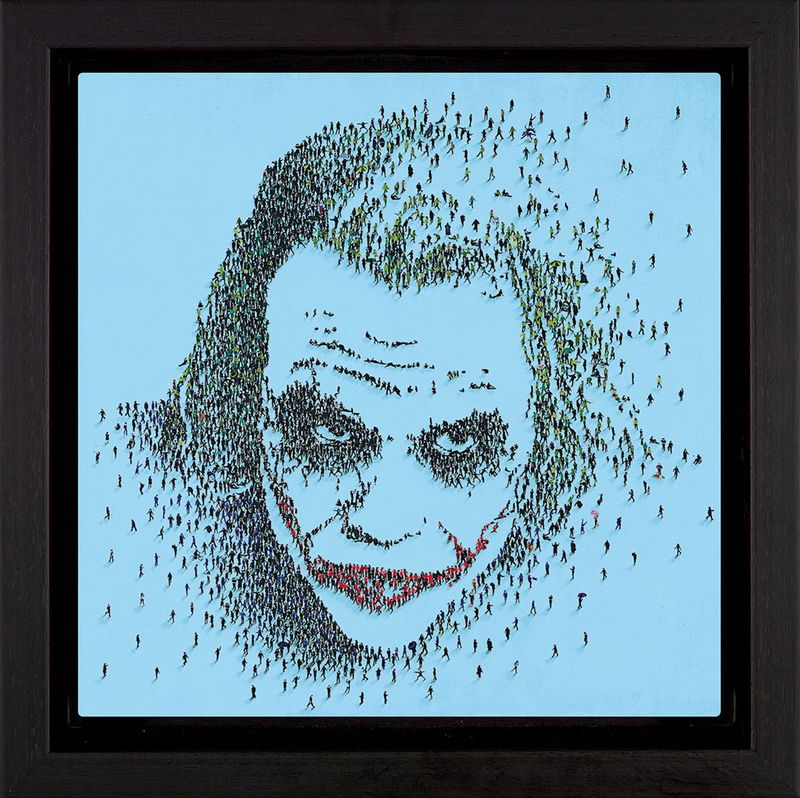 Few film villains are as memorable as the late Heath Ledger's 'Joker,' from Christopher Nolan's Batman film 'The Dark Knight' (2008).

The intensity he brought to the role has immortalised the actor into the minds of millions of film fans around the world. Somehow Heath was able to bring pathos and our empathy to this insane character, despite him being our hero’s ‘nemesis.’

The mini people in black form most of the Joker's outline, with others in red forming the red lipstick around his mount and up the sides, reminding us of the clown like makeup Ledger wore for the role which was so iconic.

The soothing blue of the background colour, brings a certain humanity to this engaging limited edition: 'Nemesis.'