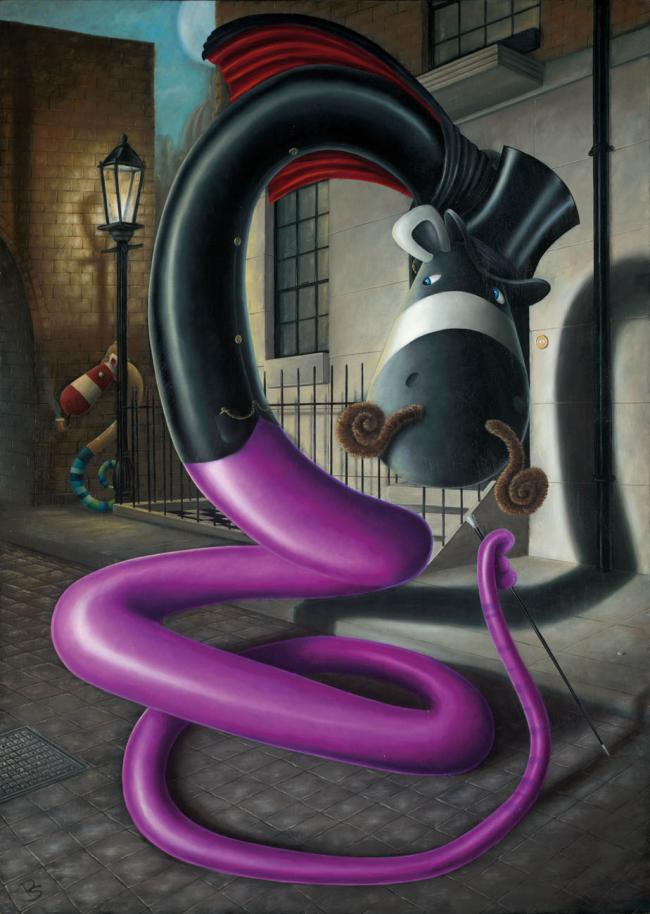 Aha! No not Alan Partridge putting in an appearance, but rather an equally as clandestine and object of public ridicule, Sherlock Holmes' arch-nemesis, the Dick Dastardly of Victorian London town, none other than the 'Menacing Moriarty Marauder' himself! Cue Eastenders' end credits theme tune, if you must.

A somewhat slippery salamander by nature but impressing us nonetheless in his coat, tails and cane - actually he looks rather spiffing! A coyish looks overcomes our character as he spots Sherlock Holmes approaching in the background, armed with his trusty smoking pipe & a crime solving mind sharper than a razor blade.

by Peter Smith We're still able to process and ship orders via our website during the corona virus restrictions. And answering calls 7 days a week.

I'll Get My Coat - Cufflinks