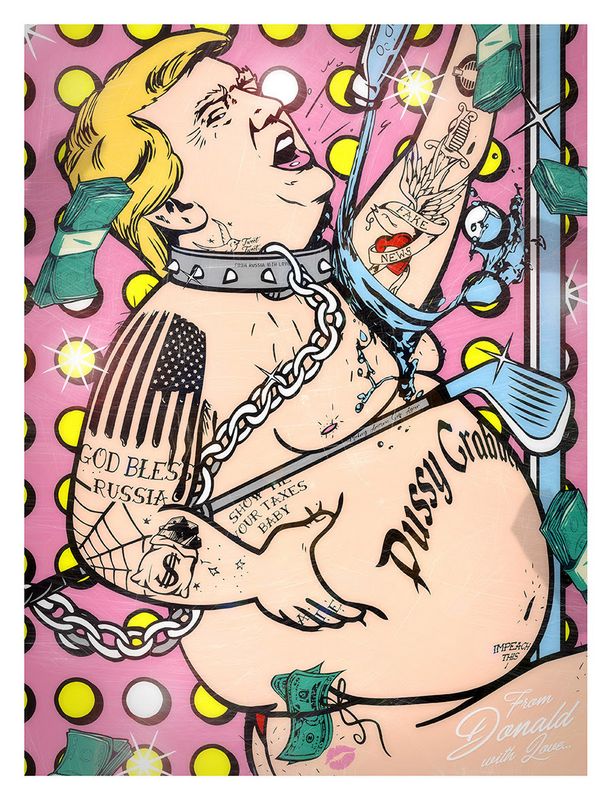 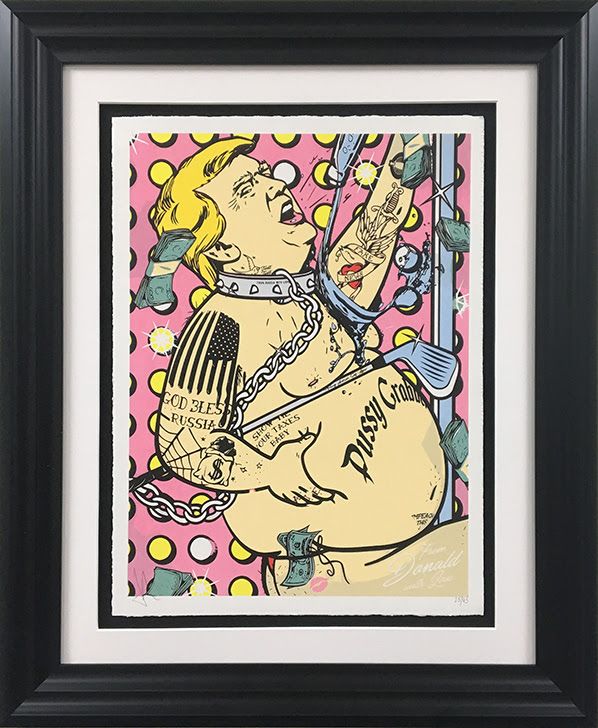 A hilarious limited edition featuring Donald Trump in a multiple of guises: a stripper in a thong with dollar bills stuffed in his thong, a golfer with golf club under arm and an SM enthusiast with a dog collar and chain on!

Notice the pink background and yellow and white lightbulbs that feature? this is a very Andy Warhol inspired image no doubt and really allows the whole artwork to grab your attention, with a very comic book feel.

A wonderful and humorous take on Trump's media caricature by JJ, as the artist loves to reflect on popular culture and people.

Lost In The Shadows

Temptation Of God By Dave (From Brighton) - Black Framed