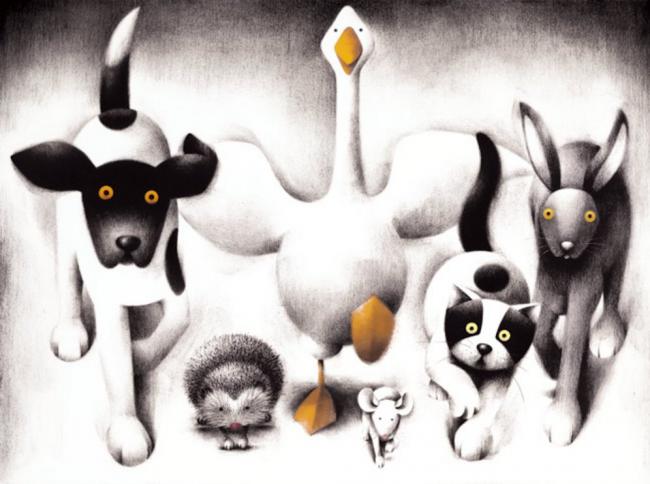 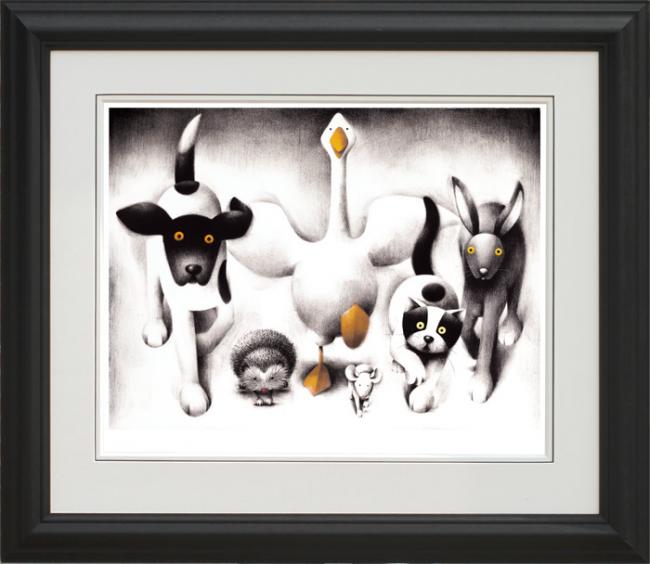 With the exception of 'walkies, football' and 'look, squirrel!' there are few calls to arms that get the adrenalin pumping as much as 'Lunchtime' in the daily life and times of our four-legged friends.

This is something that accomplished contemporary fine artist, Hyde has visually seized upon here, in his brand new, limited edition pictorial offering, released this autumn.

'Lunchtime' focuses its purely illustrative attentions on a posse of creature features about to 'do lunch, darling'; didn't you know.

All graphically captured in Hyde's current fascination with a predominantly black, white and tonal grey palette as something of a departure from the norm.

With near enough all the animals and birds from the 'Rural Retreat' collection in one picture, 'Lunch Time' lets Doug Hyde place all of them in one limited edition print and gives us a 'cuteness' sensory overload!

The moral of the picture is that animals favourite time while living on a farmstead is of course lunch time! and we as humans need to be prepared to be rushed by them and at considerable speed!

Sun Sea And Sunglasses I