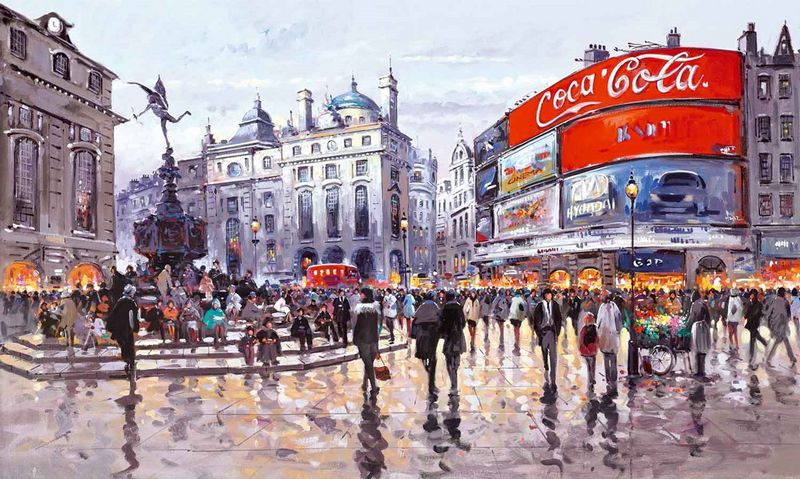 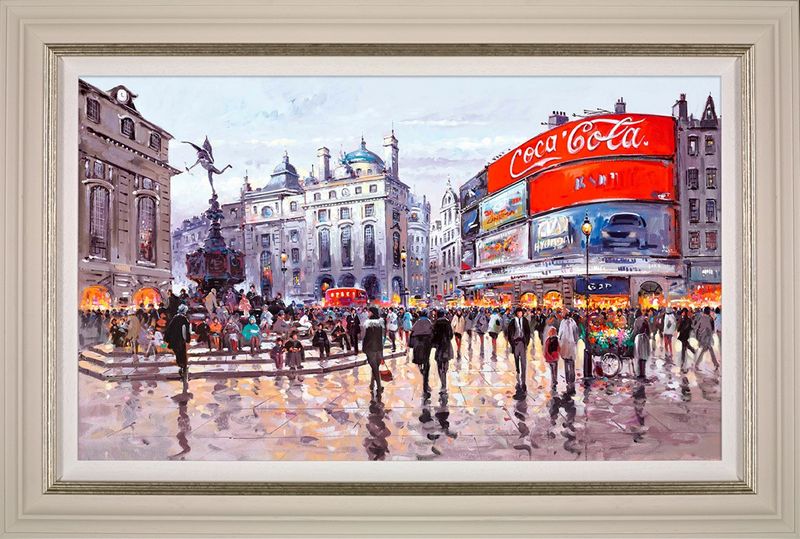 Cisz' New Collection for June 2020 would not be complete without a painting of Central London.

The billboards of Piccadilly Circus and its 'Statue Of Eros,' is officially known as the Shaftesbury Memorial Fountain, are an instant feature of this canvas, its step bring restful respite for many a Londoner and tourist alike.

The lush red neon of the Coca Cola brand flash upon the big screen, as the vibrancy and energy of this great city fills the beautiful vista.

Did you notice the flower cart near the lamppost? bringing a European feel to this British painting, as we often seem a myriad of flowers in his other Cityscapes.

Paris In The Snow - Silver Framed