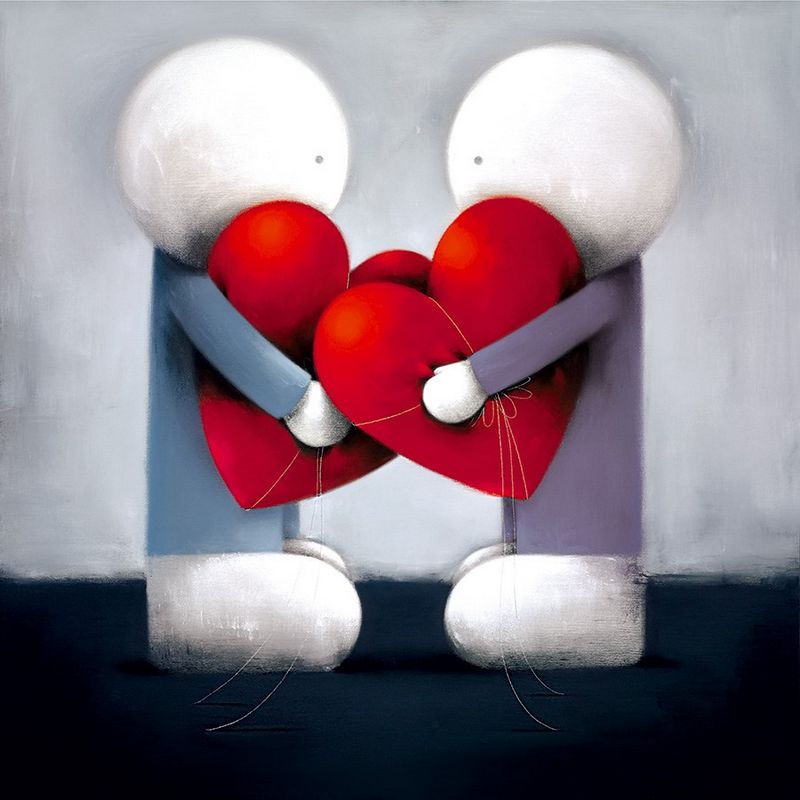 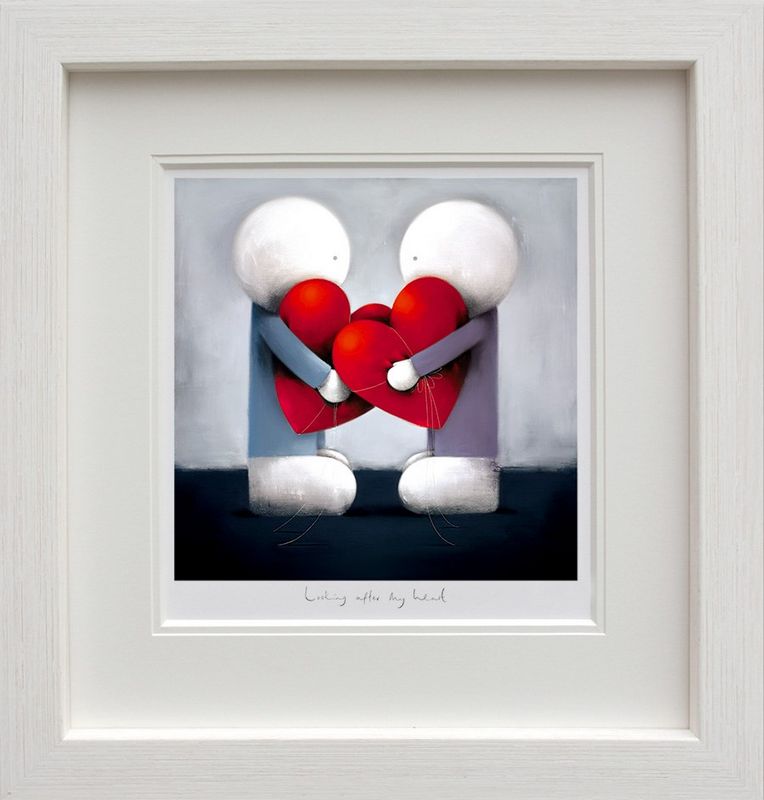 Doug brings us a message of hope, joy and comfort in this beautiful release for 2019 (paired with its sister piece 'Wrapped In Love') with two characters facing each other and exchanging the most precious gift of all, their hearts.

I love how the hearts represent metaphorical and literal gifts and Doug has placed string around them as though they are wrapped in gift paper, such a nice little touch - like the ladder leading up to the moon on ‘Dreams Come True II’ from 2014.

An embrace about to happen and an exchange of love, represented by Doug's characters literally giving each other their hearts! in this amazing new release.

Doug has a special gift of translating emotions and feelings into picture form and his art has a cross culture appeal, warming the hearts and minds of those that encounter it.

One of the best sellers from this new collection, called 'Smiles All Around,' this is yet another feel good image. Did you notice the hearts actually have wrapping string around then? as though they really are presents being given to be unwrapped - so sweet and so clever, thank you Doug!