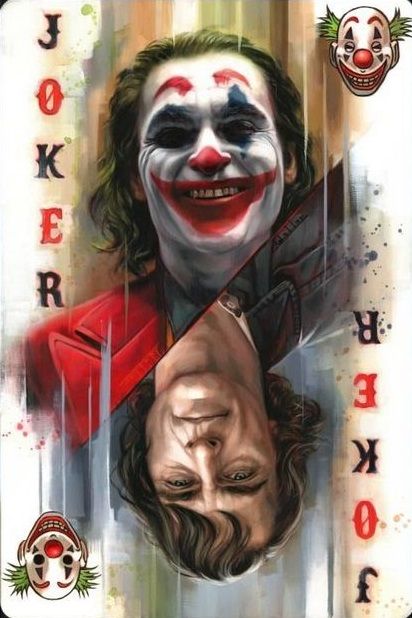 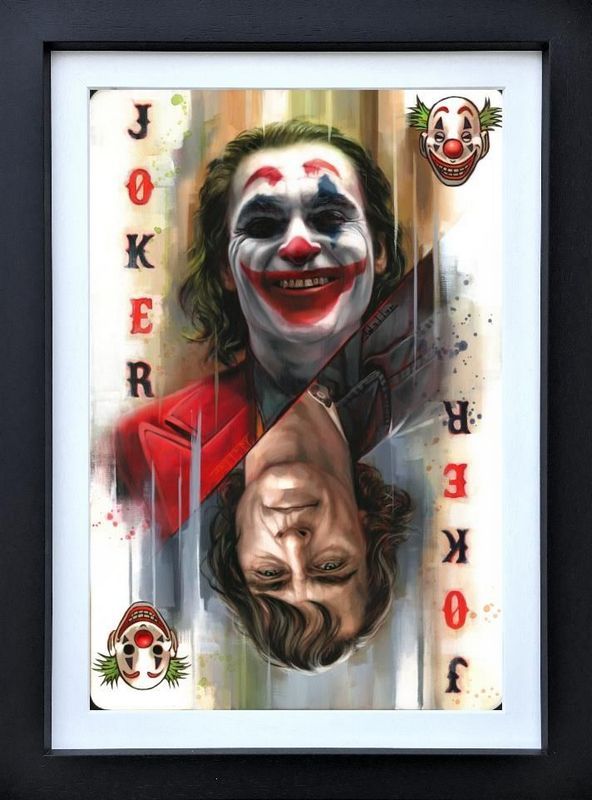 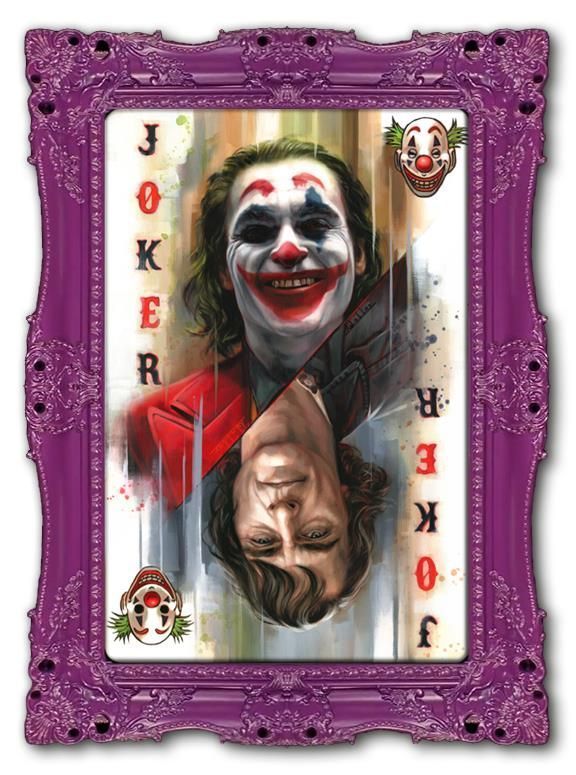 This edition was also given an alternative title of: 'Joker - Put On A Happy Face.'

A gorgeous limited edition artwork, in tribute to the 2019 surprise success 'Joker' movie starring Joaquin Phoenix as the eponymous, disturbed and yet enthralling character!

Ben often takes iconic and popular figures and reimagines them through his paint and palette and as you can see, he is now highly skilled at the process.

I love how well this limited edition works as an 'either way up' playing card Joker: one representing the transformed 'Joker' and the other way up is Joaquin Phoenix as 'Arthur Fleck' – in and of itself a beautiful portrait of the actor.

A must have limited edition of just 10 deluxe and 25 standard limited edition copies for fans of Batman, the Joker or indeed Joaquin's most recent portrayal of the character. A quick sell out is expected.

Also known as 'Joker - Put On A Happy Face,' all framed versions can be hung (should you decide) either up or down to show the villainous 'The Joker' or Arthur Fleck, his normalised alter ego.

This Deluxe version has a special mock ornate frame, which has been especially spray painted in lush Purple!