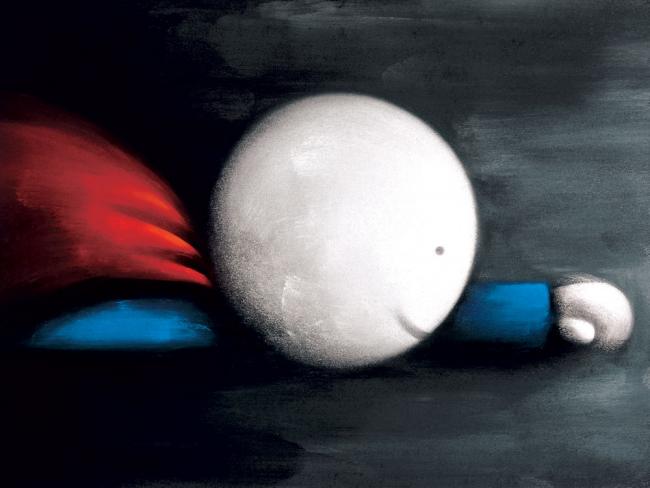 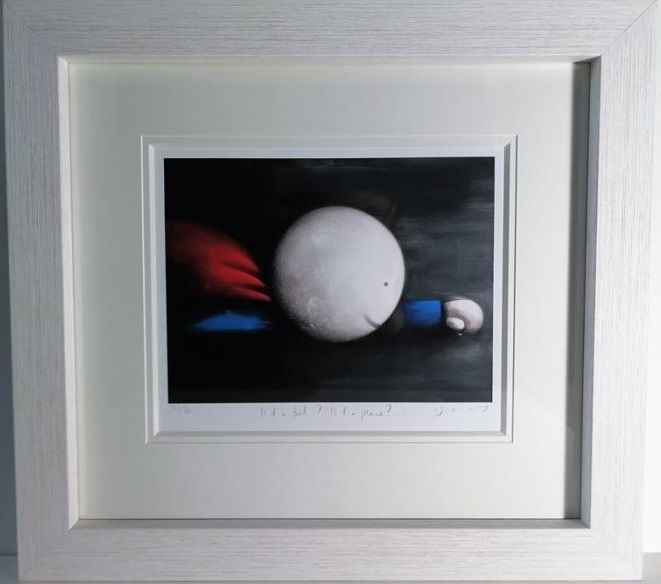 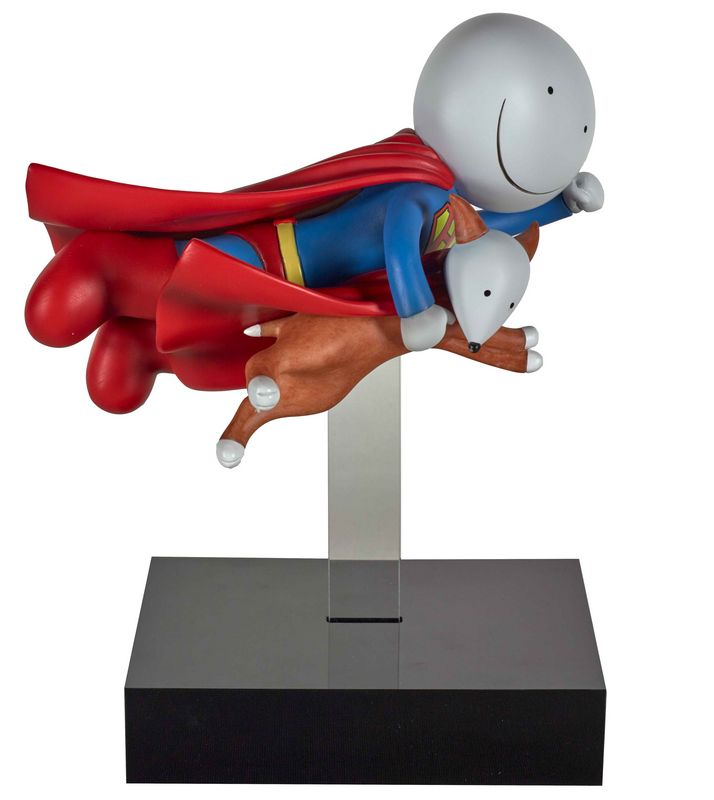 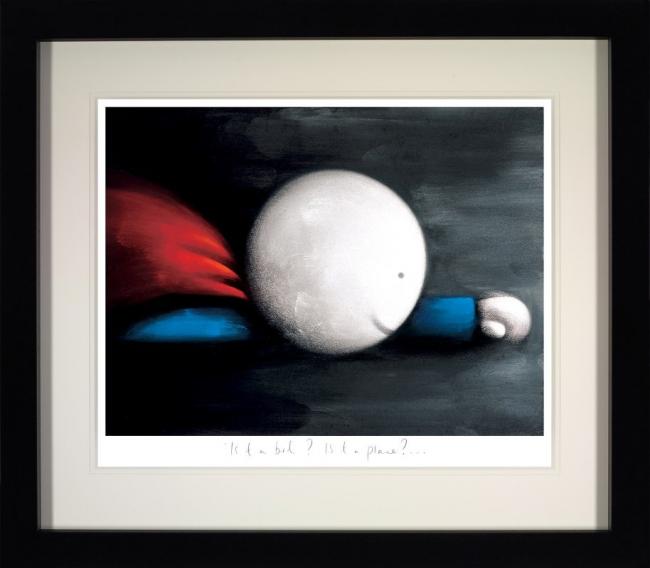 In the last of the four new release superhero series, we have perhaps the greatest of them all, Superman! as he soars through the sky, faster than a speeding bullet.

I love this one as the characters full spherical head is on display, it is very reminiscent of Doug's earlier work with the big heads and the smiley faces.

Did you know Doug's earliest original art was painted on very large canvas's and pastels was he preferred medium.

I hope he paints like this again, it looks awesome!

In the month that sees the release of the film Batman vs Superman, it's fitting that the Man Of Steel makes an appearance, the legendary Superman and I do wonder if this is Doug's...

Flying through the air and ready to take on the bad guys, Superman will save the day!

'Is It A Bird?, Is It A Plane?' well no, it's clearly Superman or one of Doug's various human characters playing dress up as Superman, or perhaps about to enter 'best dressed' fancy dress at a British Comic Con.

Who doesn't think about being the Man Of Steel and having the ability to fly? as this little fella takes flight, swoops down and saves the day!

I do wonder how well Doug's various characters (human and animal) would translate into their own cartoon show, going on their zany adventures and the various team who dress up as Superheroes (such as those on the print 'Dream Team') would be prime suspects for such a children's TV programme!

Perhaps the greatest and world's most recognisable super hero: Superman, flying to the rescue and smiling all the way!

Notice his large spherical head that is perfectly round? with eyes alert for danger and with a slight cheeky smile on his face lol.

'Is It A Bird? Is It A Plane?' Nope, its Doug Hyde's latest masterpiece featuring the Man Of Steel Superman in his blue outfit and his red cape!

Did you note his hand? it looks almost like a white boxing glove.

Its Good To Be Bad - Standard Edition - Black Framed