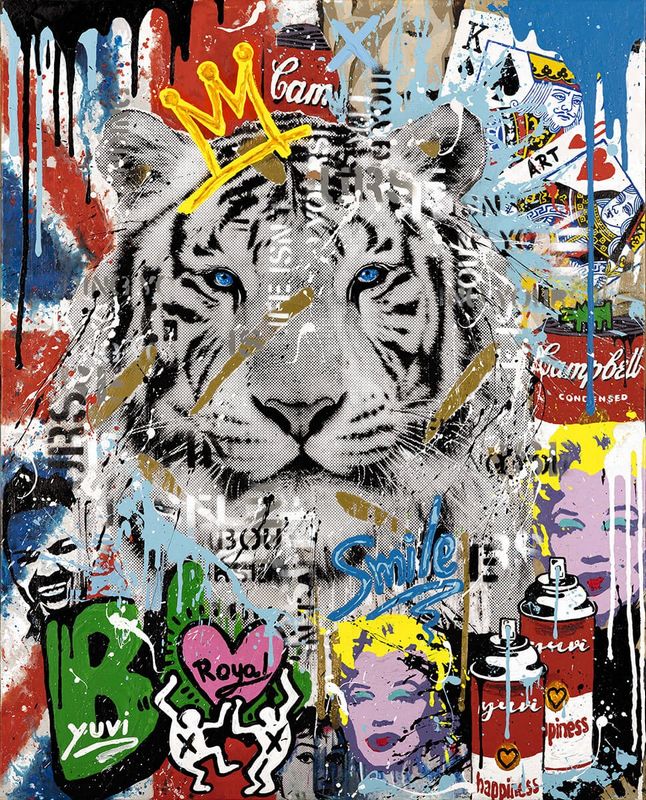 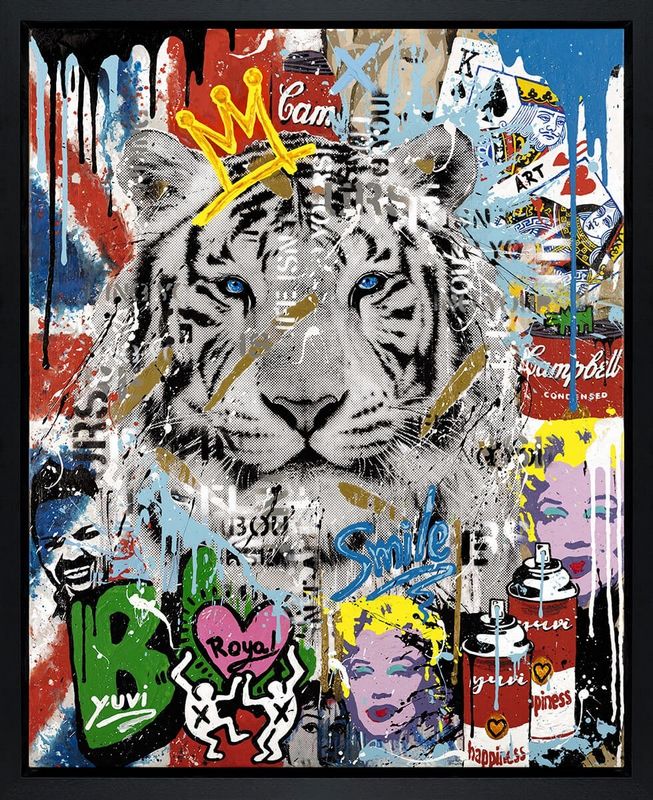 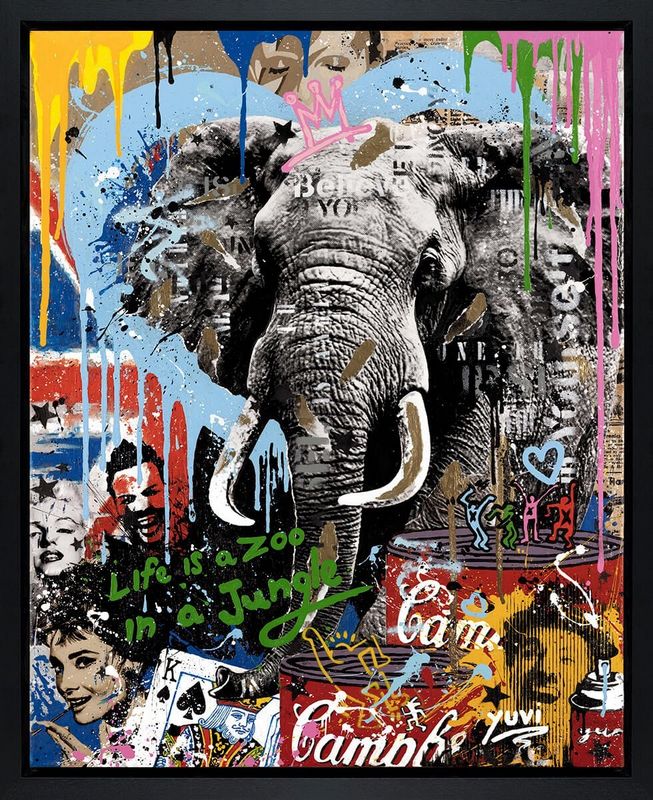 Pop Art meets modern wildlife art in 'In Your Wildest Dreams I.' in this stunning painting of a White Tiger set against a Union Jack flag and a plethora of recognisable iconography.

This is the follow up to 2019's 'Urban Jungle I & II,' whose main animals where a Gorilla and a Lion respectively

Warhol's Marilyn Monroe is here with its glorious pink and yellow paints, as is Keith Haring figures dancing with a pink heart raised over shoulder! Instantly reminding you of Craig Alan - Share The Love limited edition tribute.

In this limited edition the tiger is adorned with a painted on yellow crown but in 'In Your Wildest Dreams I' it is the Elephant who is given a pink one!

Spray cans, a faint image of Audrey Hepburn, Playing Cards and another self-portrait of the artist, with various words and slogans embossed onto the canvas, finish off this tour de force of imagination and artistic excellence.

A beautiful twist on modern day art themes, Yuvi give his artistic take on a magnificent Bull Elephant.

'In Your Wildest Dreams II' can be seen as a deconstruction of Pop Art, fused with modern art themes. Setting the scene is artist Keith Haring's figures dancing on top of an Andy Warhol Campbell's soup can!

Clearly Yuvi does not hide is artistic inspiration.

Hopefully you saw what remains of the original background? The elephant is painted in front of a Union Jack and a giant blue heart - very Haring-esque!

Marilyn Monroe, Audrey Hepburn, Charlie Chaplin and even a self-portrait of Yuvi himself thrown in for good measure, as one of the very Spray Cans he uses is fittingly placed onto the bottom right of the canvas - as Yuvi's own type of signature.

In Your Wildest Dreams

In Your Wildest Dreams II

Forever And Ever - Black Framed

Caught In The Act - Black Framed