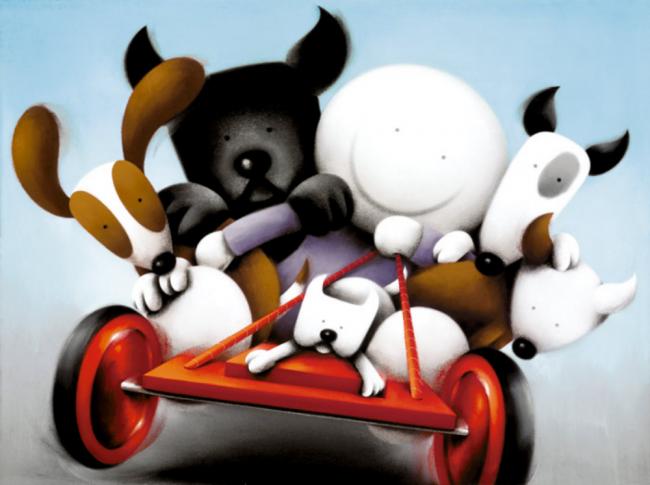 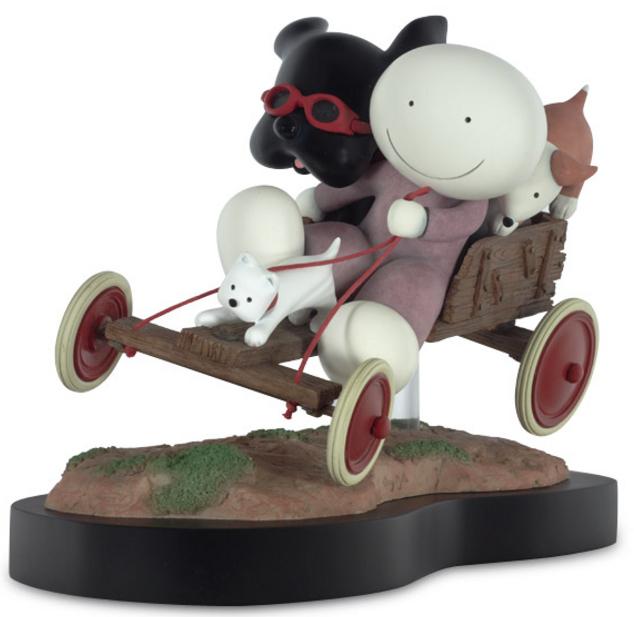 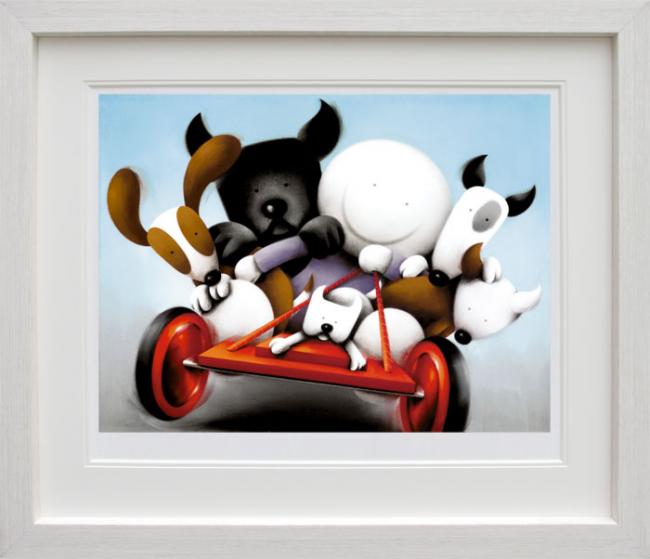 Hyde’s little man and 5 of his canine friends have a lot of fun in their new go cart and Doug has caught them in full motion!

This is very reminiscent of early pieces with the gang such as ‘Fancy A Spin’ (print and sculpture), with hints of the same light blue background featured on many of them…can you name another print in this series?

In a new release for September 2016 we have 'Hold On Tight' a delightful new addition to the Hyde sculpture range & released at the same time as its sister sculpture: ‘Sunday Riders.’

Doug continues his love for exploring modes of transport with his character’s pets and while we don’t recommend it for health & safety reasons, they do make intriguing and loveable sculptures! Here we have an eye catching and good size new sculpture, of the 4 wheeled variety.

The piece features Doug's character in his purple clothes and the familiar 3 dogs: ‘Monty’ the Black lab, the Westie and the brown and white dog, having some fun on their new go-kart in this hilarious new release.

I love that the labrador 'Monty' remembered to his bring goggles and the gang almost seem in mid-flight, as the character skilfully jumps a mogul! - Monty's similar fashion statement eyewear would make a hilarious return in 2019 with 'Love Overload - Sculpture' and 'Sun Sea And Sunglasses I'