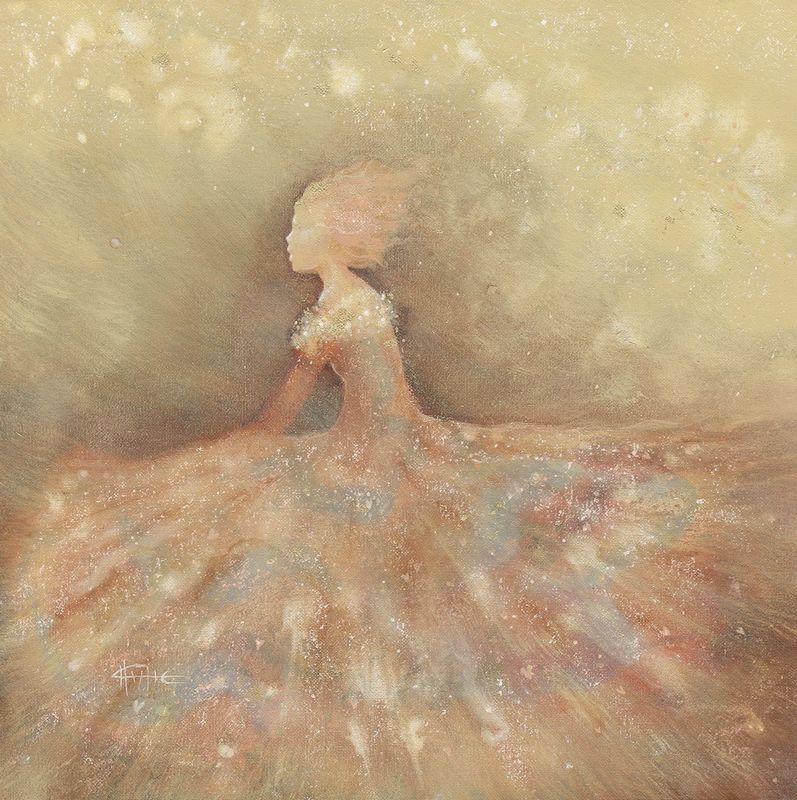 A younger female figure adorns the canvas in what appears to be an elegant ball gown that fills the lower half of the artwork; she ponders her future, as she gazes up to the stars in this beautiful new limited edition print.

Charlotte appears to capture both movement and grace in the painting, with a magical glow to the scene. Her dress appears to be imbued with a multitude of colours, including gold, browns, reds and even mauves and did you see the hint of turquoise?

The sky is almost alight with stars and sparkles as well, in this accomplished new figurative release by Atkinson.