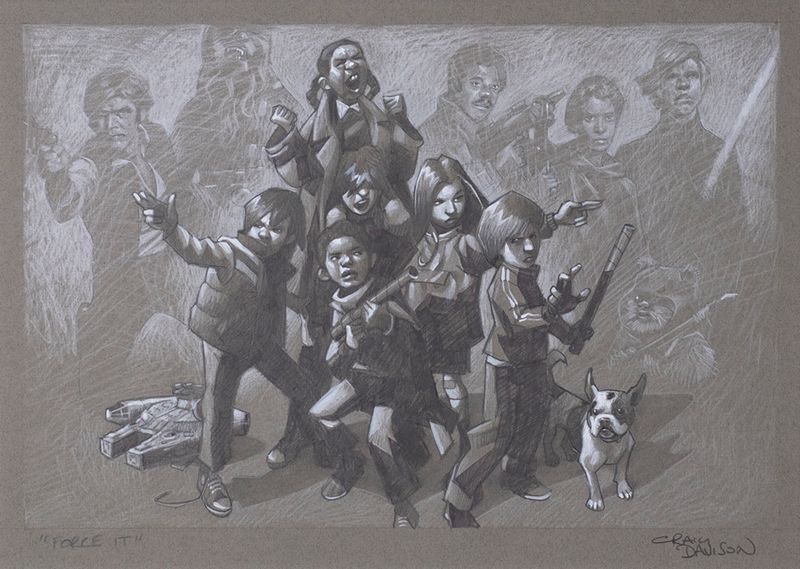 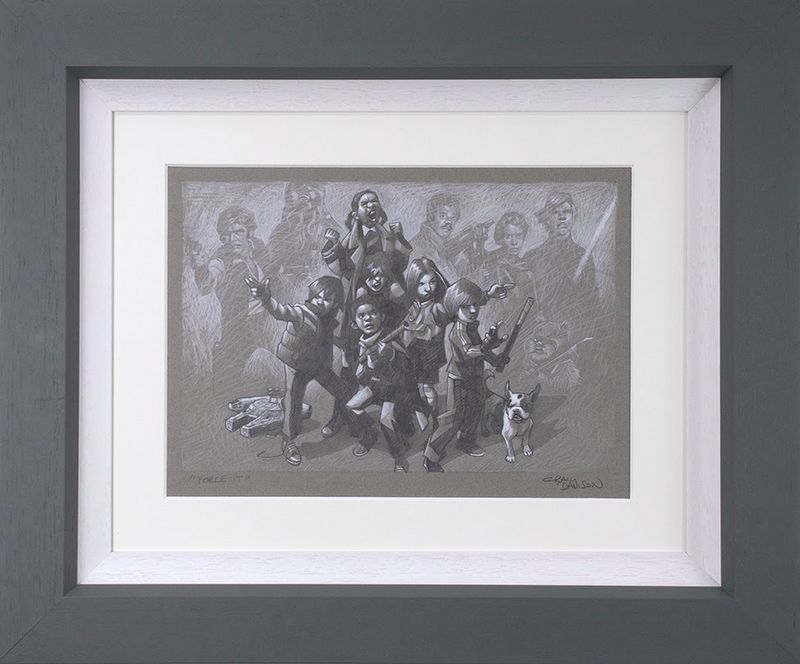 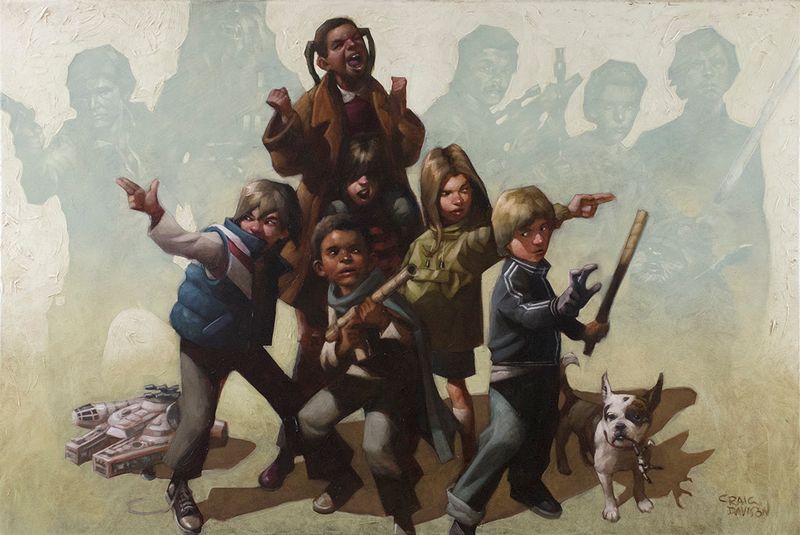 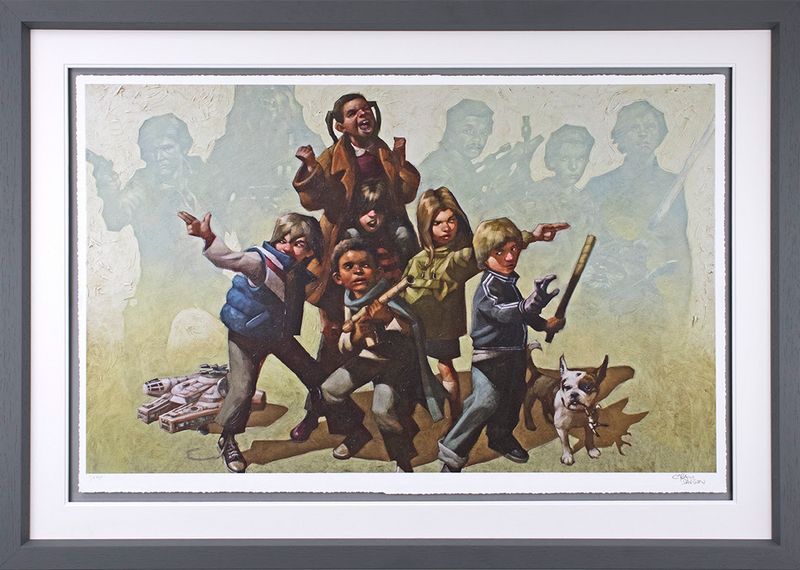 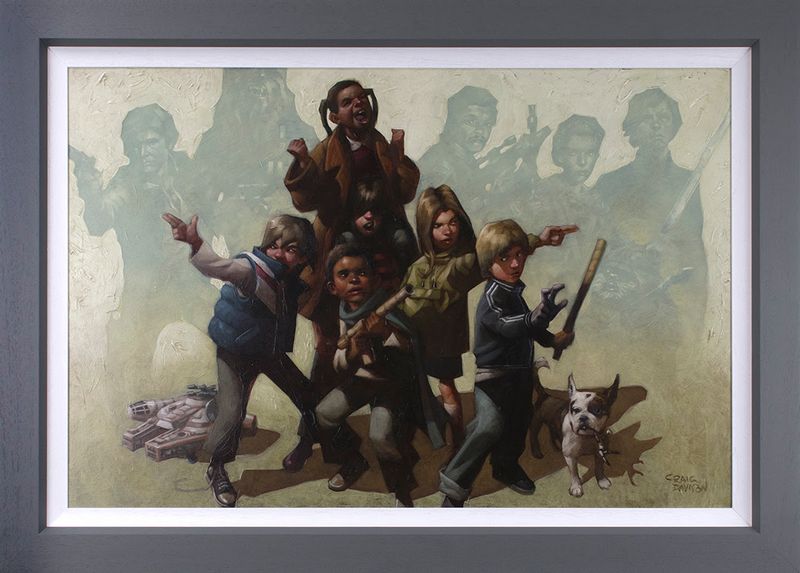 We are just over a month away from the 2019 release of Star Wars Episode IX: 'The Rise Of Skywalker' film and it seems only fitting that Craig launches another Star Wars themed limited edition print.

A hilarious little touch that the Frenchie (French Bulldog) becomes the Ewok lol. Enjoy this amazing limited edition tribute to the Star Wars original cast and their 'Return Of The Jedi' outing, as we wait for the latest movie and the rumoured return of Emperor Palpatine...eek, well it is Halloween!

Oh, I Don't Know About Art, But I Know What I Like - Grey Framed