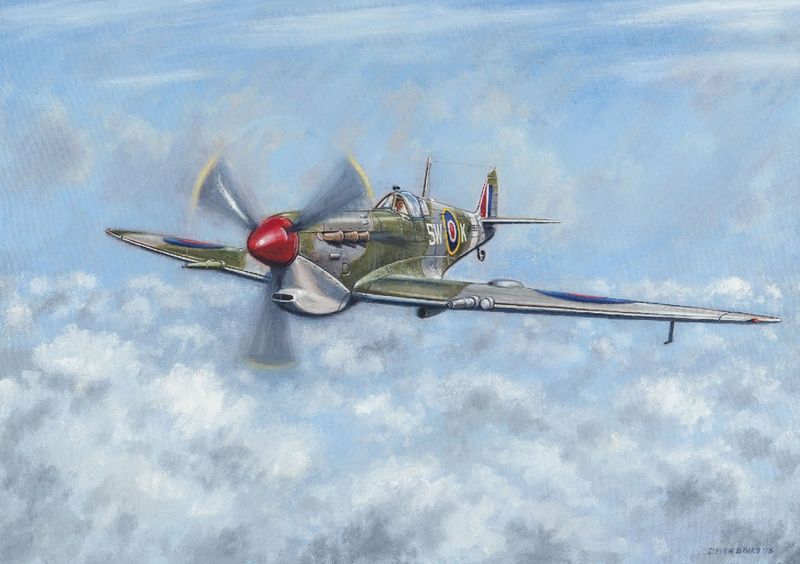 "Fred flew this Spitfire from North African Desert Airfields, so although the most common version, the Mk5 C, it has an air filter on the front, to stop sand getting into the engine.

Due to Fred (the pilot) passing away in 2016, there are no counter signed copies of the print left, just ones signed by the artist.

It comes with a certificate and a story card, with photos of Steven and Fred Pawsey D.F.C. together.

Final Patrol - Above The Clouds

by Steven Binks
£84.00 inc VAT
£70.00 exc VAT
Only 2 remaining
We're still able to process and ship orders via our website during the corona virus restrictions. And answering calls 7 days a week.