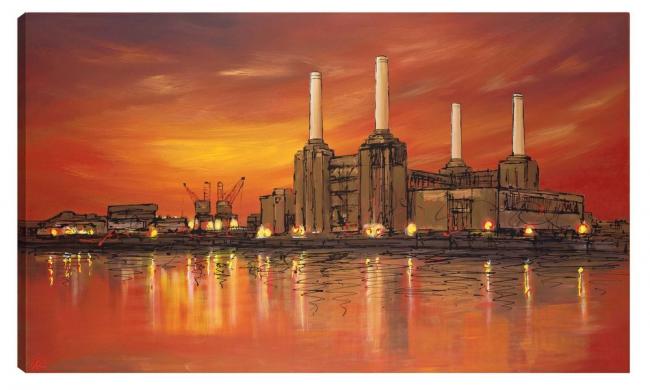 In a tribute to London's Battersea Power Station, which we can see in its current form for the last time (& currently being transformed into a series of flats) Kenton gives us his 'Final Flurry.' A London landmark since 1933, this building has been an inspiration for designers and indeed artists for over 80 years, with its iconic 4 white towers (chimneys). It is believed the 4 towers maybe removed for a series of smaller ones, so it is fitting that Paul Kenton captures the building for the last time

by Paul Kenton We're still able to process and ship orders via our website during the corona virus restrictions. And answering calls 7 days a week.