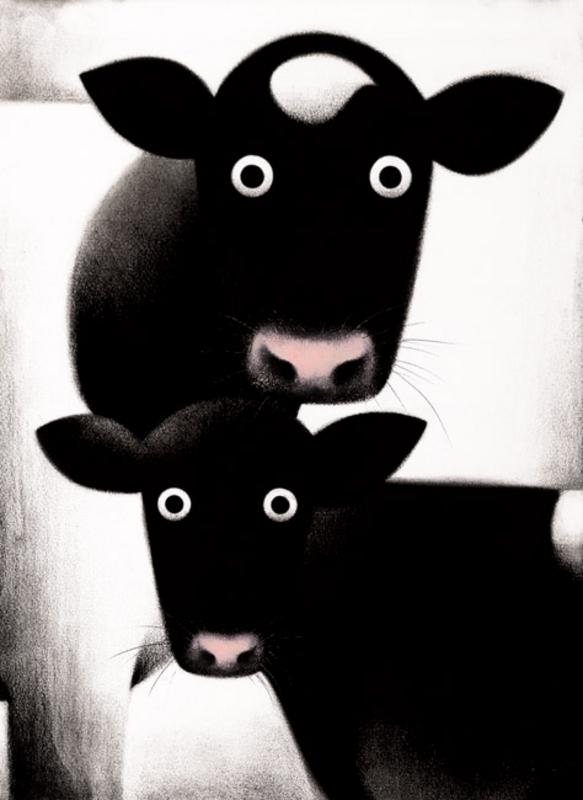 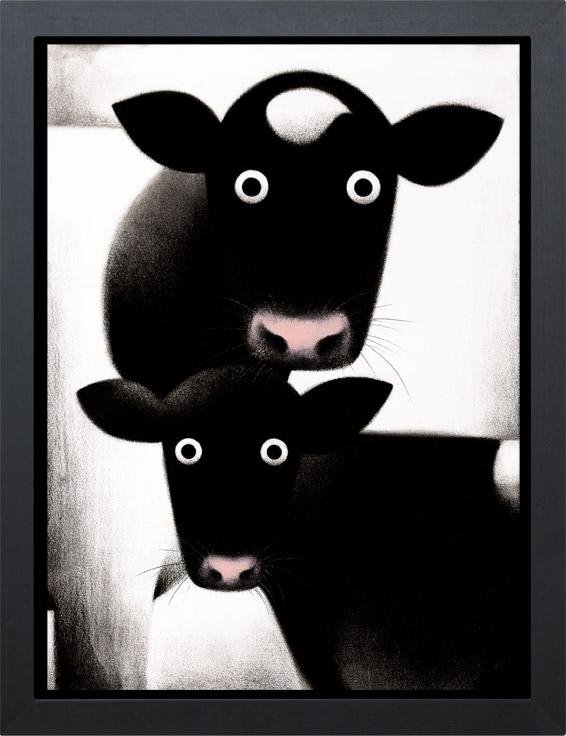 This stunning box canvas has been released on the 18th September due to the overwhelming response to Doug Hyde's 'Rural Retreat' collection and specifically the almost pre-release sell out of 'Power Cut' limited edition box canvas.

Family Portrait is Doug's first ever portrayal of cows and I suspect this was something his publishers wanted to hold back until nearer Christmas but demand meant otherwise!

A quirky but instantly loveable painting of two cows, completes the series of farmyard favourites seen in the new collection.

Doug Hyde has very cleverly taken the black and white stylization of his Rural Retreat collection - namely the variations of black, grey & white paint - and worked his magic with the humble dairy cow.

'Family Portrait' kind of draws you into Doug's world and I now understand why in some of the pictures, the animals looked a little bit startled; it is as though Doug has allowed you to briefly glimpse into their farming world and for a moment, the cows seem startled but within seconds are back chewing the cud!

A couple of nice touches here, notice the bottom cow looks like he has grass in his mouth and the top one has a white blob for hair, could it be a cow lick hair style? lol

Two Hearts Are Better Than One