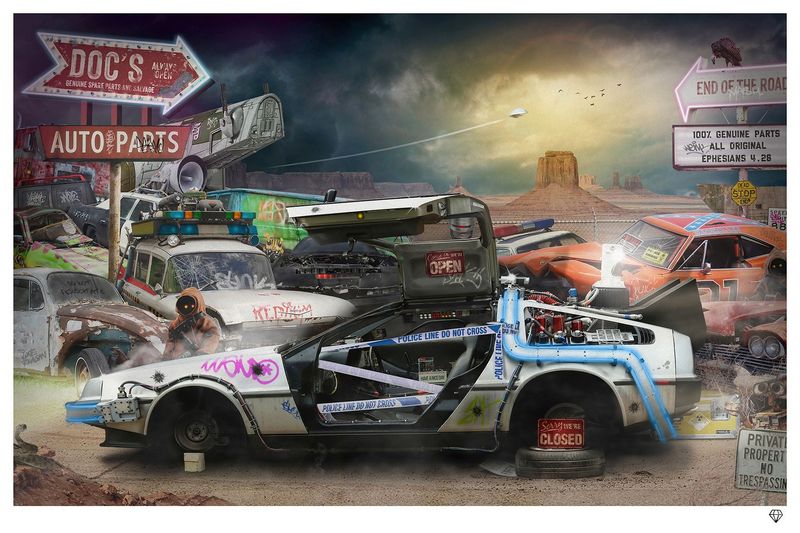 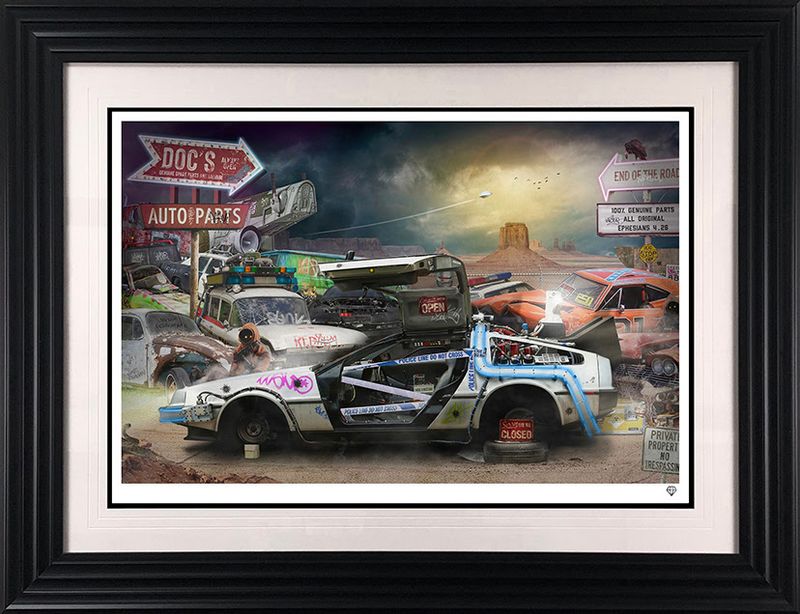 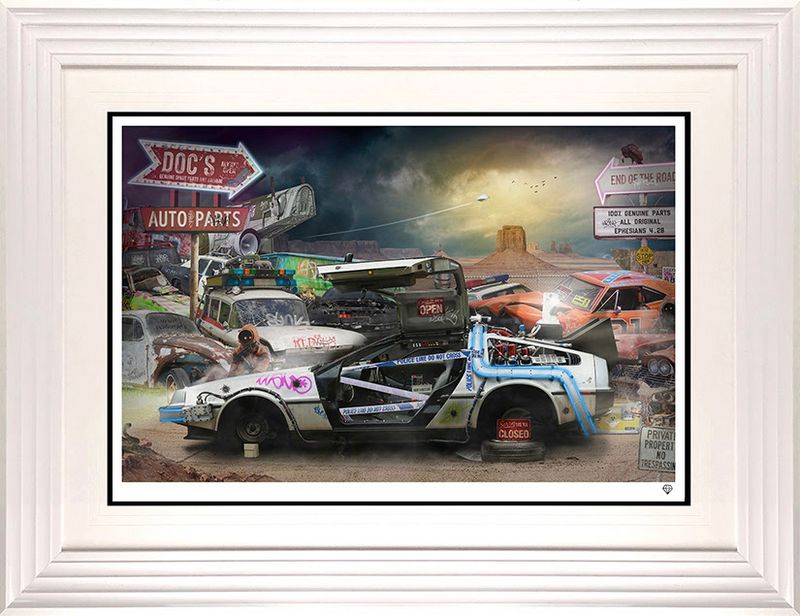 Doc's Auto Parts is set to be the final release in the ever popular 'Delorean Series' of limited editions, featuring Michael J Fox's car DMC Delorean from the 'Back To The Future' film franchise.

I can see a lot of other famous cars including those from: The Duke Of Hazard (The General Lee), the Ghostbuster's white hearse and the VW Beetle, who is of course the unmistakeable shape of Herbie!

Notice the Star Wars reference, with the little Jawa who deals in scrap metal and stolen droids in Star Wars - A New Hope.