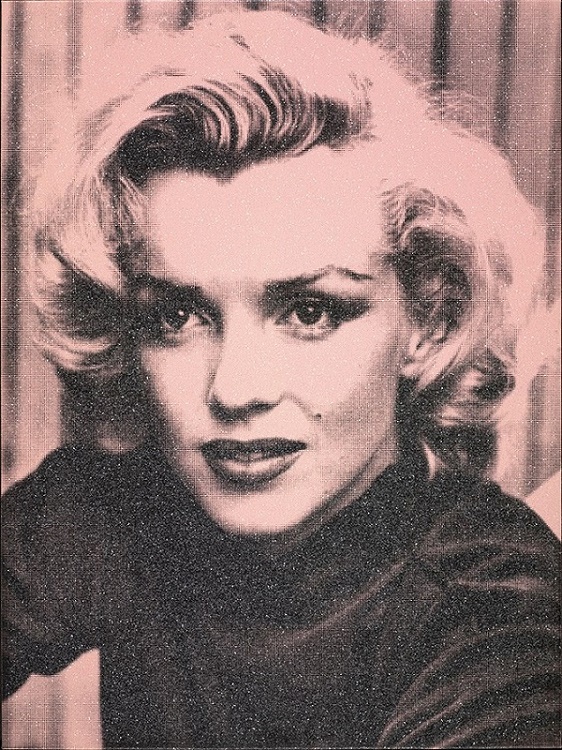 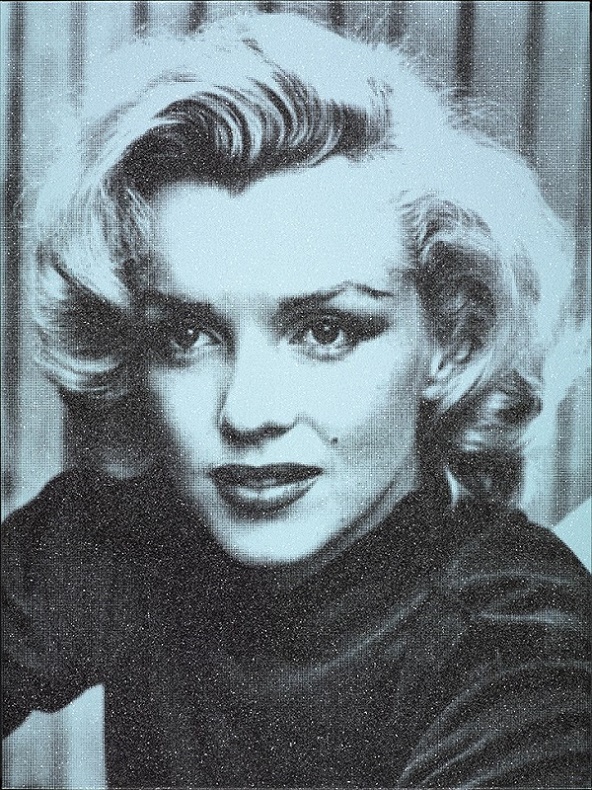 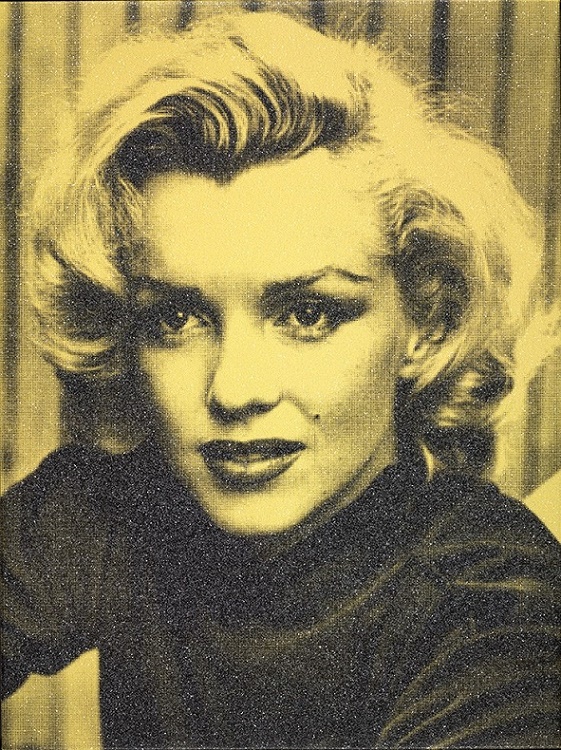 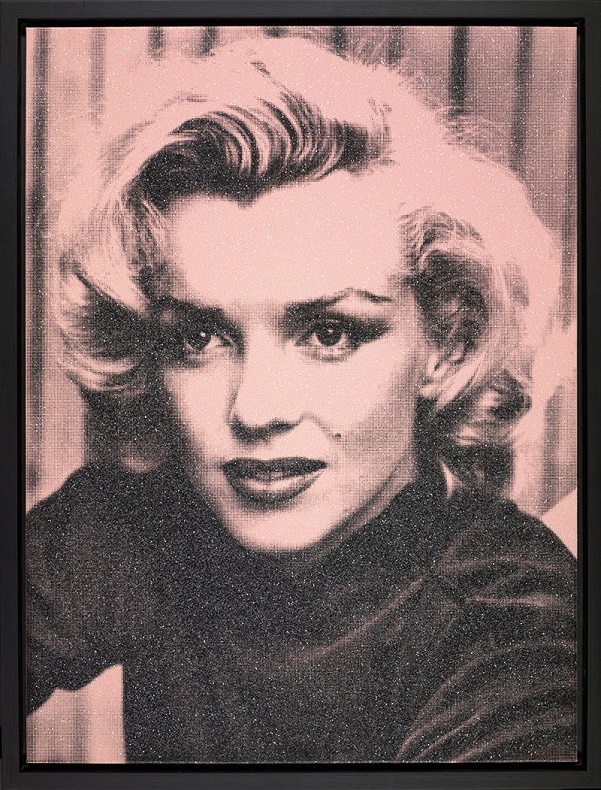 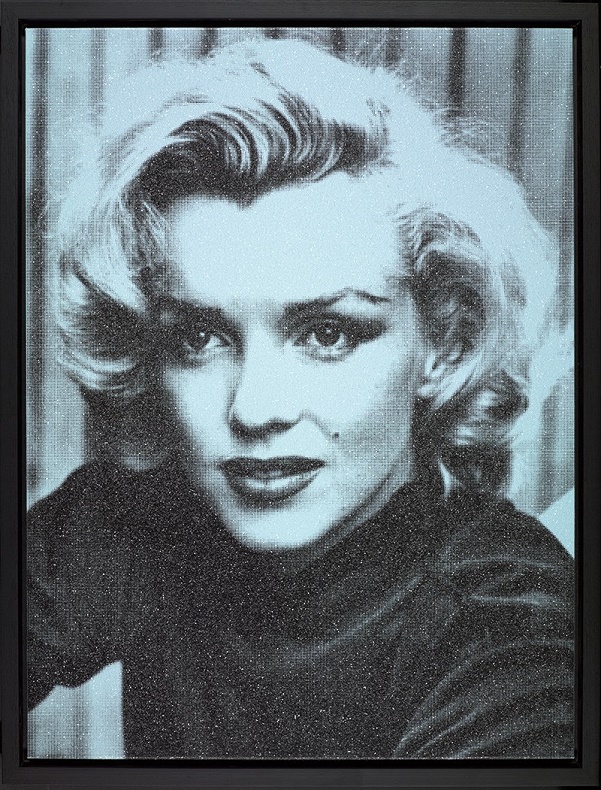 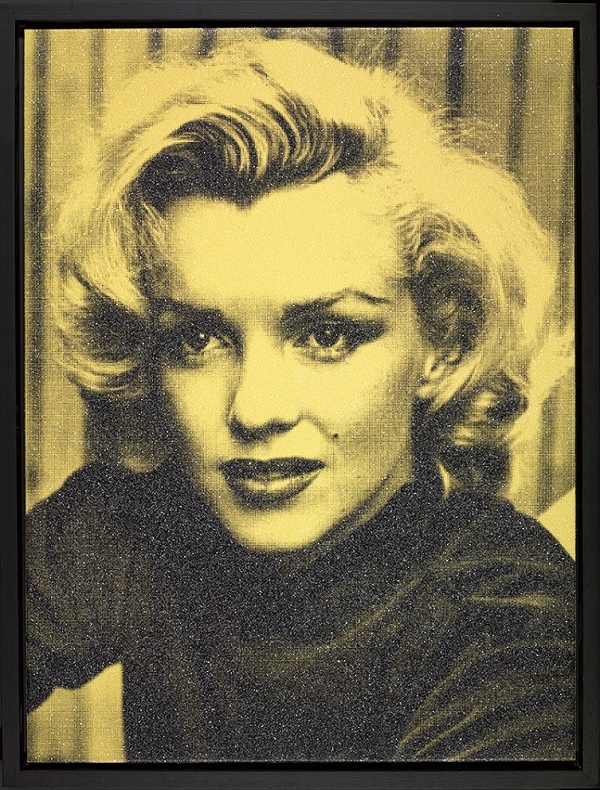 There are few Hollywood icons as well recognised and loved as Marilyn Monroe and she remains the most famous 'sex symbol' of her era and arguably the greatest blonde bombshell of Hollywood’s Golden era.

However, the real Norma Jean remained an elusive figure and likely her real life was mixed with sadness, and dominated by a search for: meaning, love and peace which ultimately alluded the actress.

Nuala has taken an iconic image and using all her skill set has reimagined it as a screen print, in one of three colours, this one having an overall pink hue and amongst several releases in her debut 'Premier Collection' (2018).

There is a deep intelligence in her eyes, conveying hidden meaning & emotion and Nuala is interested in what it conveys to you?

Marilyn remains a figure of fun, positivity, hope and glamour, to countless millions around the world and her legacy will continue.

As is usual for the artist, each silkscreen print is finished with diamond dust powder, for  dazzling effect!

Diamonds Are A Girls Best Friend

Diamonds Are A Girls Best Friend I