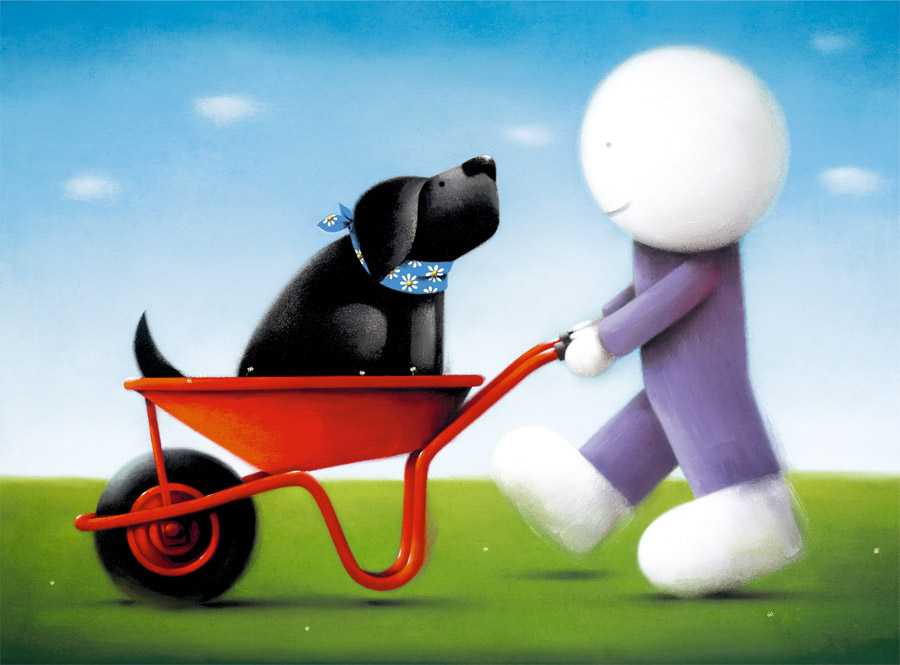 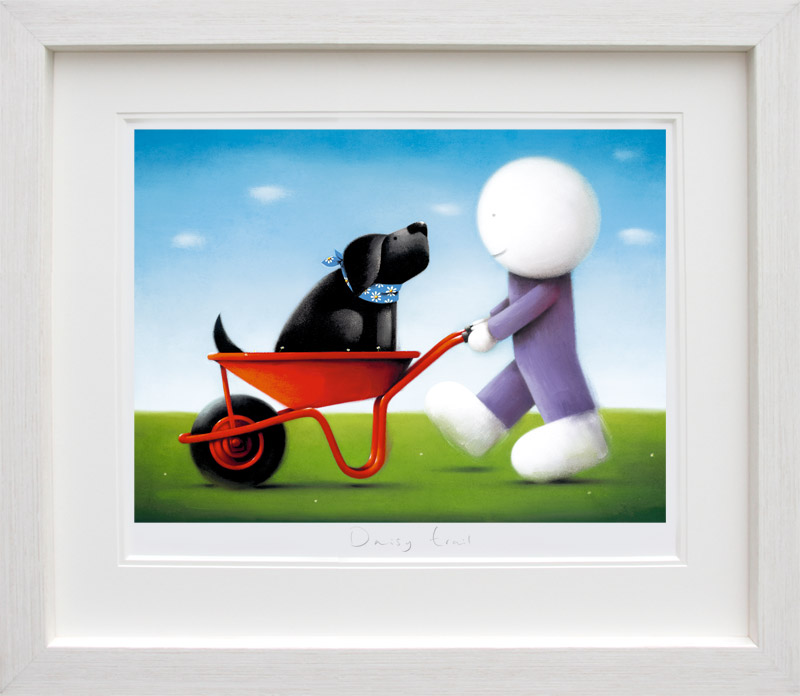 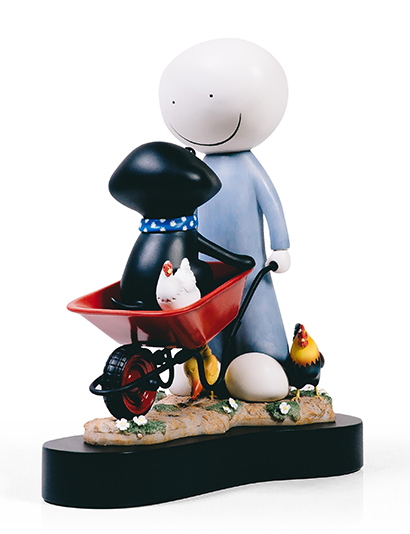 There is no better way to enjoy a day in an English country garden than with your wheelbarrow and trusty pooch, in this case he looks suspiciously like 'Monty' the black labrador dog character (with his ears down), seen in a plethora of Doug's paintings.

It's the simplicity of this picture you are drawn to, lush green paint for the lawn, light blues and white for the almost clear sky and fluffy clouds.

The human character has one of his usual purple outfits on and his large oversize feet, reminding us that Doug is a master of 'naive art.'

Some of my favourite bits are the little blue scarf Monty wears with the daisy pattern and the rich red of the wheelbarrow - the whole picture just 'works' perfectly!

This was such a fan favourite, that Hyde released it as a picture and a sculpture, so the temptation is very high to purchase both - Doug stop tempting us! lol.

This scene is almost Doug re-imagining the scene from the song 'Zip-a-Dee-Doo-Dah' (from the Disney classic film 'Song Of The South'); our hero in blue takes his beloved 'Monty' the black labrador out for a walk down the allotments and you can imagine a Hyde live action cartoon of this very scene, with the character bursting into song!

Although its early morning and they have all had breakfast, I think Monty is looking at him asking ‘What time is Elevenses?’

Happily, some of his feathered friends join the pair on their journey and we have a white chicken in the wheelbarrow, a yellow one under the barrow and a yellow and blackish one to his side.

This is a fun day out for all the gang and reminiscent of the 'Rural Retreat' farming themed collection from. However, what I have just noticed, is that maybe the chickens think they are following two giant eggs - just look at his feet from this angle! haha

The egg shape feet also remind you of the limited edition print: 'The Long Wait,' with the duck laying over their precious egg and also from the same collection just mentioned.

Together In Love - Black Framed