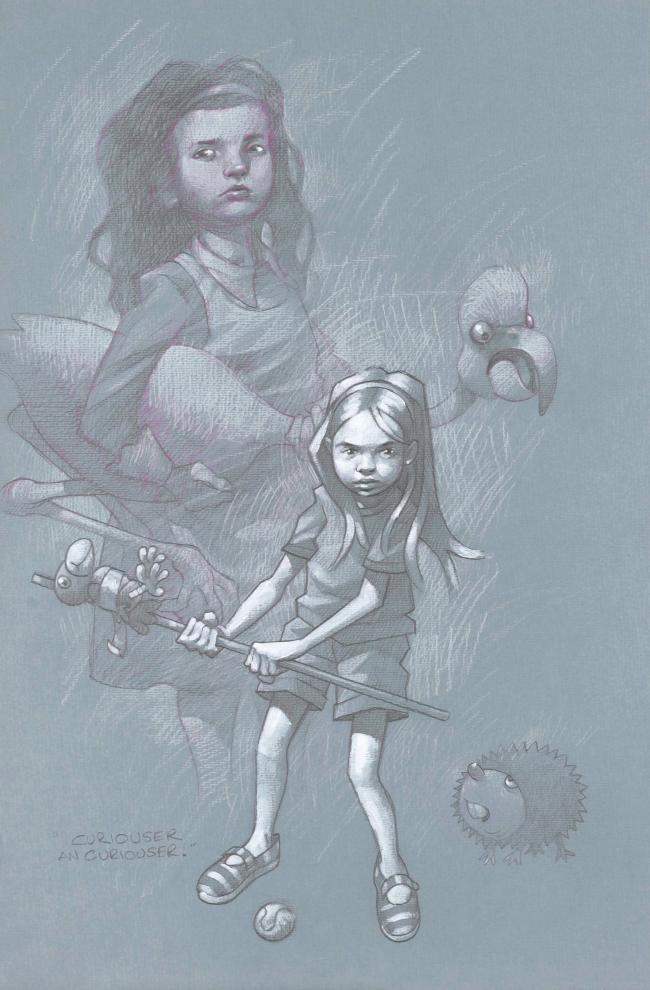 The main lead from the 'Alice In Wonderland Disney' film, we have Alice herself with a pink flamingo. I wonder do you remember the film?

Alice used the bird to play croquet of all things and the bird didn't seem to mind!

From Craig Davison's collection, celebrating the world of Lewis Carol & his wondrous characters - featured in 'Alice's Adventures in Wonderland' (1865), its sequel 'Through the Looking-Glass, and What Alice Found There' (1871), as well as the famous Disney film 'Alice In Wonderland' (1951)

by Craig Davison We're still able to process and ship orders via our website during the corona virus restrictions. And answering calls 7 days a week.

Way Of The Darren - Sketch

Get Into The Groove - Artist Proof

For A Few Quavers More